Benelux M&A and Private Equity Forum: So is this why they're called the Low Countries?

‘Creating Value from M&A Integration’, discussing the factors that create merger failures and how to plan to avoid them, the latter containing an excellent contribution from Arindom Basu, Managing Partner for Banking and Capital Markets at Infosys who set out the horrifying complexities of integrating duplicate IT applications and infrastructures.

The latest in a series of Intralinks sponsored, Mergermarket M&A, Private Equity and Restructuring forums, the Benelux M&A and PE Forum was held in Amsterdam at the end of last month and I, together with our Regional Manager Marsja Meeus and our EMEA Head of Product Marketing, Axel Kirstetter, witnessed some highly respected speakers play down the prospects for rapid, or perhaps even sustained, recovery following ‘the worst crisis in living memory’.

With the Intralinks Deal Flow Indicator, the just-published Intralinks sponsored Mergermarket Global Corporate Development study and our own experience, both commercially and in attending these events throughout Europe, suggesting that the green shoots of recovery are now visible, it caused us to debate how national personality characteristics affect the degree of optimism expressed at these events. Indeed, is there any difference in the perspective of the Dutch and Belgians? 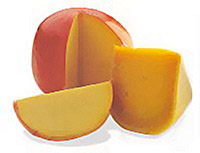 I took the opportunity at the first coffee break to investigate. An advisor from Brussels explained that I should expect greater optimism from the Belgians as it is in their character, he went on ‘we drink great beer, eat the world’s best chocolate, invented the saxophone and are epitomized by the ever smiling and adventurous Tin Tin whereas the Dutch tendency to pessimism is founded on their waking each morning to a breakfast of Edam!’ ‘So if Tin Tin epitomizes the Belgians, who epitomizes the Dutch?’ I asked him. According to our friend, whose identity I kindly disguise to enable him to attend next year’s event unmolested, ‘There have been many great Dutchmen, for example Rembrandt, Van Gogh and William of Orange’ and then after a pause and with a wry smile ‘of course they all emigrated to countries with better bread!’ 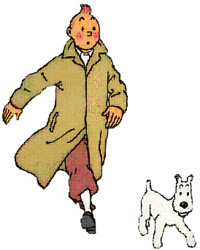 There’s certainly a natural dourness to the Dutch character. Not to say that the Belgians were a whole heap of fun on the day either but of the 230 attendees, and on balance, they seemed a little more upbeat; However, I might be biased to that view by the contribution of our very own Belgian-German, Axel, who put in an inspiring performance, shared a little good news and saw everybody off to lunch more optimistically than they began.

The agenda was introduced by the Chairman, Jacques Steenbergen, the Director General of the Belgian Competition Authority and the day was then in two parts, M&A before lunch and restructuring and PE after.

The morning was given over to an excellent key-note analysis of the outlook for the regional financial services sector, post-crisis by Lex Hoogduin, an Executive Director at De Nederlandsche Bank, 3 animated panel discussions; ‘Getting a Deal Done in 2010’ in light of there being little bank liquidity, ‘M&A Health Check’, a fascinating evaluation of the M&A prospects for 2010 and, finally. ‘Creating Value from M&A Integration’, discussing the factors that create merger failures and how to plan to avoid them, the latter containing an excellent contribution from Arindom Basu, Managing Partner for Banking and Capital Markets at Infosys who set out the horrifying complexities of integrating duplicate IT applications and infrastructures. If only everybody chose best in class, cloud based platforms…. And then, as if by magic, Axel appeared and told everybody to cheer up, make sure they’re recommending and using cloud-based, best in class Intralinks and totter off to lunch to enjoy their Edam!

Suitably nourished, some of the audience departed and many newcomers arrived for the afternoon sessions. Matthieu Tak, Partner for Restructuring and Performance Improvement at Grant Thornton opened proceedings with a chat about ‘Financing Distressed M&A’ followed by a panel discussion of the all too topical subject of turnaround management. Before the delegates retired to network over a little wine and assorted delicacies, there was a final panel focusing on ‘Aftershocks of Recession – PE beyond 2009’ , examining the prospects for quick wins in the current circumstances, speculating about the return of the European IPO market and decrying not having the foresight to exit portfolios in 2007! Oh the benefit of hindsight!

Hats off to Mergermarket for another first-class event, to the excellent speakers, moderators and panelists for their preparation and insight and to the logistics team for attracting such a sizeable and senior audience and making seamless the organization on the day.

The mood and optimism of the delegates, Dutch, Belgian and Luxembourgeois, evidently improved as the day wore on and dusk settled, perhaps it was the wine or maybe just a case of a problem shared is a problem halved.

There is an acceptance that things will not return to the way they were but that opportunities, nevertheless, will prove plentiful in all three countries of the Benelux Union next year.

Perhaps, with the outlook improving, the Dutch will rediscover the humor for which they were renowned in the 16th Century, a time when Dutch painters painted humorously during a period that heralded the golden age, Gouden Eeuw, of prosperity, trade and tulips.