I was left thinking how the performance highlighted the importance of effective communication to achieve results. As demand for the Intralinks platform to provide secure and efficient communication across the entire deal lifecycle grows, it seems that this is a lesson that the M&A industry has already learnt. 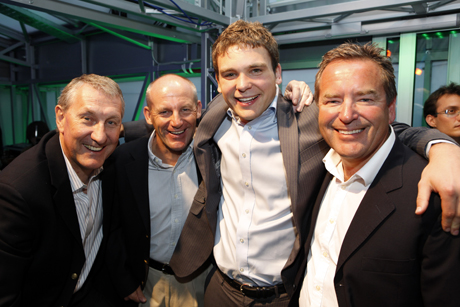 In June, England was gripped by FIFA World Cup fever. The support for England was astonishing and London was an electrifying place to be. You couldn’t turn a corner without seeing the national flag flying from houses, pubs and cars and you could hear the rapturous shouts in support of the country everywhere you went.

One other sound that certainly won’t be forgotten in a hurry is the vuvuzela horns that became, like it or not, symbolic of the first ever World Cup to be held in Africa. Traditionally, the vuvuzela was used to summon villagers to attend gatherings. Following this tradition, Intralinks blew the metaphorical vuvuzela horn to gather the M&A community together for a special Intralinks World Cup event. Over 100 professionals from the world’s leading investment banks and law firms, including Goldman Sachs and JP Morgan, came together to watch England play Algeria. 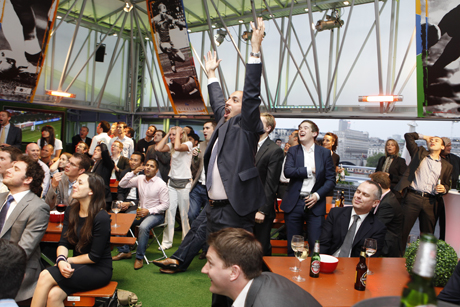 High up on ‘The Deck’, the roof terrace at the National Theatre, alongside the South Bank of the River Thames in London, our glass marquee was appropriately carpeted with green Astroturf and filled with football paraphernalia. The venue was spectacular and many commented that the setting and atmosphere made it more reminiscent of the stadium terraces in South Africa than a theatre overlooking the Thames!that got them even more fired up. Memorably, Terry Butcher, the former England defender famous for his ‘uncompromising’ style of defending and physical presence on the pitch, stood up at the e

Attendees at the party enjoyed pre-match drinks and typical South African cuisine including barbecued meats and biltong. The highlight prior to the game starting was the entertainment provided by three football celebrities — sports television presenter Jeff Stelling, along with ex-England players Steve Coppell and Terry Butcher. They mixed expert commentary with good humour and captivated the audience. Jeff Stelling posed probing questions to his fellow pundits and also gave the audience an opportunity to ask questions.

The tension mounted and the excitement grew as we drew closer to the game. Once the game started, our pundits delighted the crowd with insightful commentary

nd of the game and gave an impassioned speech about the England performance. 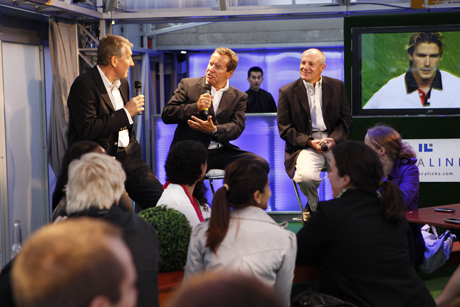 There was much debate following the game after what turned out to be a lackluster performance from England. Was the management really to blame? Perhaps it was down to communication problems within the squad and, on the pitch, amongst the team? I was left thinking how the performance highlighted the importance of effective communication to achieve results. As demand for the Intralinks platform to provide secure and efficient communication across the entire deal lifecycle grows, it seems that this is a lesson that the M&A industry has already learnt.

Click here to view see the YouTube video picture montage of the best moments from the night.