And the lucky M&A winner is...

The first was the European M&A Atlas Awards saluting the top deals, deal-makers and firms from the European mid-market M&A community. The second of the award ceremonies I attended was the Financial Times and mergermarket European M&A Awards.

As we move through the early days of 2011, I can’t help but reflect on what happened during December, which is typically a big month for awards. It’s the time of year when I blow the dust off my tuxedo, shine up my shoes and wheel out my annual James Bond impersonation. So, suitably adorned, I attended two award ceremonies last month that celebrated some of the great and the good across the European M&A community.

The first was the European M&A Atlas Awards saluting the top deals, deal-makers and firms from the European mid-market M&A community. The event took place at the Le Méridien Hotel in the heart of London and was attended by the winners and interested observers. Needless to say, Intralinks was a winner and was awarded ‘M&A Technology Products Firm of the Year’. Obviously, everyone at Intralinks was ecstatic about winning this award which is recognition of our contribution to assisting dealmakers across the entire M&A process. As my colleague Matt Porzio noted in a previous blog, it’s even more thrilling that we won the same award in Asia and the Americas too, a clean sweep in 2010 (click here to see the related press release).

The second of the award ceremonies I attended was the Financial Times and mergermarket European M&A Awards. Held at the Sheraton Park Lane hotel in London and now in its fourth year, this event is a mainstay of the European events calendar and full of the leading M&A players that you would expect at such a well respected occasion. This year was no different. The event was hosted by CNBC’s Louisa Bojesen and attended by almost 300 M&A professionals from across Europe to recognize excellence in corporate, private equity, banking and legal expertise. 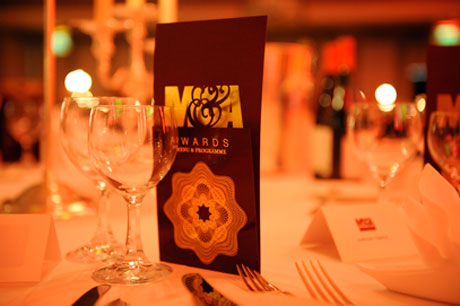 Unsurprisingly, the European M&A Deal of the Year was won by Kraft for the takeover of Cadbury, with Financial Advisor of the Year going to Lazard and Private Equity Firm of the Year to Advent International Corporation. I was particularly pleased to see Linklaters win Legal Adviser of the year for the fourth year in a row, given our status as their preferred virtual dataroom provider.

Click here for a full list of winners in regional and other categories. Congratulations to all involved! It was a fantastic event. 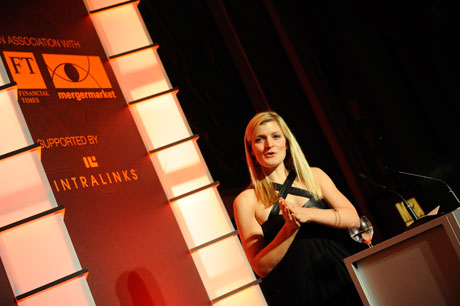 Whilst we’re looking back at 2010, I thought that I’d give you the chance to look back at the Intralinks deal flow indicator reports we have produced over the course of the year. Additionally, if you missed any of our webcasts this year, you can watch the replays online here.

What I can say about both awards events was that the mood for 2011 was generally optimistic. Hamilton Matthews, CEO of The Mergermarket Group, gave an opening address at the mergermarket awards ceremony and suggested “an even brighter and more prosperous 2011 for dealmakers in Europe”, a sentiment which was echoed by many of the dealmakers I talked to on the night. Yet these days nothing is ever completely certain as a review of the outlook for the world economy in The Economist highlighted last week - Click here for the full article.

Here at Intralinks, we’re also eagerly anticipating what’s ahead of us in 2011 and look forward to continuing to support our users with a secure, cloud-based platform that accelerates M&A deals from the beginning to the end of the process.