The Yanks are Coming: Why North American Corporates are Europe-Bound

Buyers are always looking for value: some markets are hotter than others and buyers are attracted to different kinds of deals. The good news in the M&A market is that not everyone is nervous; in fact, some players feel pretty good about prospects. Much depends on the position in the cycle, the degree of confidence in the eventual recovery and the “exportability” of competitive advantages. 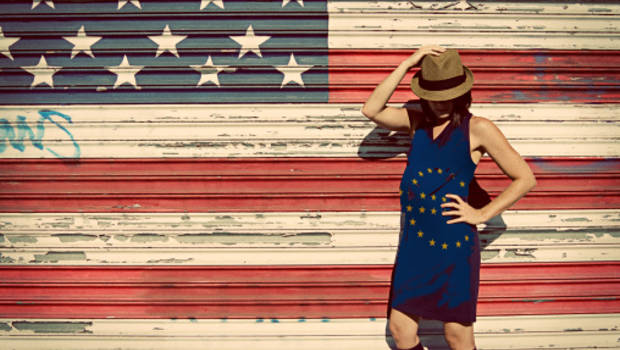 For five years, people involved in the M&A industry have hoped the world would return to “normal”- those nice, easy markets with no shortage of buyers, all trading off a similar world view. However in the new normal, deals are not so simple. The buyer in today’s market is a rare and shy bird, nervous and easy to scare off. And like birds, they travel great distances to find more habitable environments.

Buyers want value
Buyers are always looking for value: some markets are hotter than others and buyers are attracted to different kinds of deals. The good news in the M&A market is that not everyone is nervous; in fact, some players feel pretty good about prospects. Much depends on the position in the cycle, the degree of confidence in the eventual recovery and the “exportability” of competitive advantages.

US buyers fly to Europe
One noticeable trend is the migration of US corporate buyers to Europe. The view is that the US is much more advanced on its recovery. The pickings back home are more fiercely contested and slimmer than in Europe, where you can still do a nice quiet deal away from the auction process. The result is that European deals suddenly look like a chance of going back in time.

The proposition here is that deals in Europe are both cheaper and easier, owing to the lower level of competition. Corporates place a high value on the “easier” aspect. For years they competed with private equity and usually lost because they were typically discounting for greater risk. Given the time it takes to get comfortable with the target and fully understand its prospects, corporates will usually pay full value.

There are strong attractions of a bilateral deal in which you can take your time to understand the target and develop confidence of the “fit” in cultural and business terms. Corporates do not have the culture of parachuting in and making a quick decision. Private equity firms do not worry about cultural fit, because there is generally nothing to fit into. Corporates prefer the wine-cellar approach of bringing deals on over years until they are ready to be uncorked.

Time for corporates to spread their wings
This is the time for corporates to make their move. North American buyers often have a different world view from Europeans. Europeans carry the intellectual baggage of the minute divisions which history has created. Europe for Europeans is patchwork. They understand the differences all too well and this can be a deterrent. Coming from a huge regional market, Americans tend to view Europe as a regional market with some local variations. This has opened up the range of possibilities and willingness to explore. The general view that Europe will survive the Euro debacle has removed the last major impediment to doing deals in Europe. However, there may still be some nervousness in certain markets.

Interestingly, the reverse is not so true. The US has been termed the “graveyard” for European companies who reliably misjudge the market. Tesco, the UK’s leading grocery chain is forced to consider strategic options for Fresh and Easy which offered a top-up shopping concept familiar to Europeans. They can be added to a long list of heroic failures.

Exchange rates also have an influence. The mighty dollar when riding high holds a simplistic attraction. However, it is unwise to base long term investments on short term rates. The next pronouncement of the Fed or the Bank of England or European Bank can quickly change all that and deals can take up to a year to complete, even once the target is identified.

Microsoft chose now to buy Nokia phones. Vodafone is selling its stake in Verizon and making itself vulnerable to US buyers. AT&T is on the prowl in Europe. CEO Randall Stephenson told an investor conference in May that he found Europe “fascinating right now”, but said that finding suitable acquisitions had proven difficult.

Birds of a feather flock together – How to quickly link a buyer and seller
Connecting the buyer and seller in a market characterized by reluctance to initiate a sale process continues to be a critical issue. Companies are not for sale the way they once were. Advisors know who would like to sell, and they need access to ready, willing and able buyers without going through the conventional marketing process. The whole market is resounding to the owners’ refrain of “I would love to sell, although launching a process is just too risky; but let me know if you find an interested buyer.” Traditionally, the advisor had no process to match the requirement. The problem is captured in the dilemma of “stirring the pot without spilling the beans;” in other words, drumming up interest without a widespread market process.

In today’s day and age, buyers and sellers have the option to avoid this dilemma by using a deal sourcing network, like Dealnexus. Unlike other historic and “dead” databases, this option can offer a real-time platform with active buyers readily identified. The buyers can go first instead of waiting in receive mode. Advisors can now make a small number of highly targeted approaches to these self-identified buyers, with the knowledge that each one is a real prospect. In most cases these connections will be bilateral, not auction driven.

At a time of strong international interest with poor target visibility, a deal sourcing network comes in handy. Not only does it make the buyers more visible, but it can help accelerate the overall deal process. To paraphrase JFK, do not ask where all the deals are; ask instead what you have done to make yourself more likely to be approached.