A new survey of over 2,400 global M&A professionals suggests the way that deals get sourced is undergoing profound change. 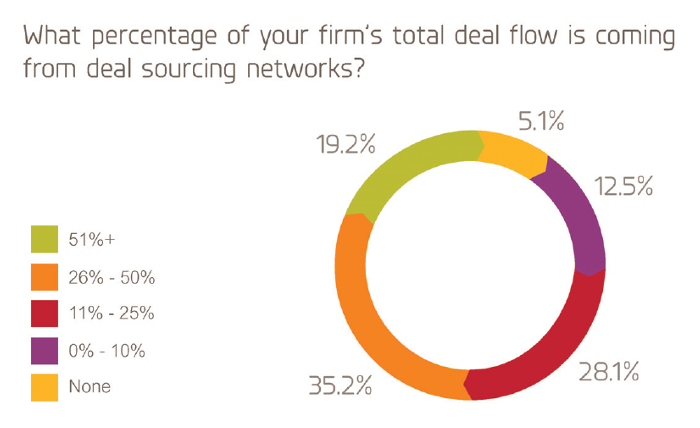 A new survey of over 2,400 global M&A professionals suggests the way that deals get sourced is undergoing profound change.

The survey asked dealmakers their opinions of social media, online deal sourcing communities and a variety of other issues related to finding deal partners and marketing transactions. The survey found that the traditional deal marketing process is rapidly being augmented and transformed by leveraging technology, social media, and community-based deal networks to speed deals and reach the biggest possible target audience.

Over 36% of dealmakers currently use online deal sourcing networks, with a further 42% expecting to adopt them in the next 12 months. Adoption is uniformly strong in the United States and Europe, Middle East and Africa, with Latin America and Asia lagging.

Two-thirds of respondents predict that online deal networks will change the way deals are done, with over 60% expect deal sourcing to become more automated over the next 5 years. Making the deal process more efficient is clearly a significant driver for adopting deal networks, with 69% believing that having an online community of M&A professionals would make deal sourcing and marketing more efficient. Only 37% believed that the current M&A process is highly efficient.

To get a free copy of the complete findings, download the report entitled “How Deals Get Done.”