March Madness Sweepstakes: What Business Can You Buy with $1 Billion?

These 3 companies aren’t up for sale quite yet but were bought by Buffett’s Berkshire Hathaway within the past 3 years for under $600 million each. 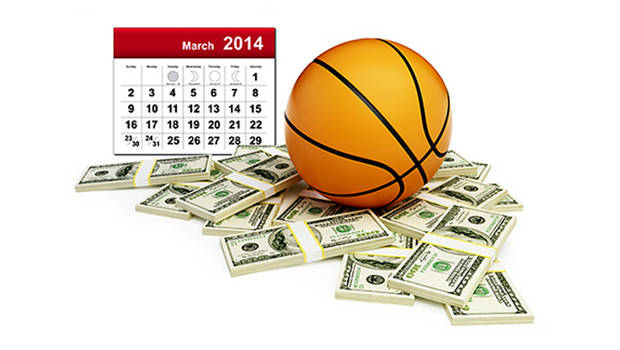 The prize, insured by Warren Buffet’s Berkshire Hathaway, guarantees the winner 40 yearly payments of $25 million each, or a lump sum of a (relatively) paltry $500 million. Runners up - 20 lucky people with the most accurate bracket - will get a $2 million consolation prize. With the odds somewhere between 1 in 128 billion and 1 in 9 quintillion, depending on your strategy, your chances are pretty low. Even the lottery has 500 times better odds of winning, but since you can always dream, here are some companies you could probably afford with a cool billion bucks.

These 3 companies aren’t up for sale quite yet but were bought by Buffett’s Berkshire Hathaway within the past 3 years for under $600 million each. Assuming Buffett’s magic takes more than 2 years or more to take effect, these companies are still probably worth under $1 billion and are therefore in your price range.  Or as an alternative, you can invest that money directly in Berkshire Hathaway’s preferred stock and purchase almost 6,000 stocks at its current hovering price of about $170,000 each. At the current rates of return, you can sit back and watch your money grow, even though you’re probably not going to reach Mr. Buffett’s level of wealth.

Since you’re already participating in the NCAA bracket, sports may be your thing, so why not invest in it? The NBA is wide open – only the Knicks and the Lakers are valued at over $1 billion. With some good negotiating, you can even get more than one.

Maybe when it comes to the major leagues, basketball isn’t your thing. Fear not! Nine NFL teams are worth under $1 billion, along with 26 MLB teams and every NHL team except the Toronto Maple Leafs. In fact, the cheapest teams from every league apart from the NFL come out to a total value of $1.03 billion. Assuming you can come up with the last $.03 billion, you could be the proud owner of 3 teams and spread your time out across Columbus, Milwaukee and sunny Tampa Bay – which doesn’t seem too bad to me.

Let’s cut to the chase – you’re participating in an NCAA bracket, so why not just buy the NCAA? Although it’s a non-profit, its 2012 assets were over $550 million and revenue was nearly $900 million. Unfortunately, given those facts, a $1 billion offer probably won’t be taken too seriously. To try and put a value on the NCAA, one can look at public companies. The NCAA can safely be considered a conglomerate, which typically has a P/E multiple of around 20 (a low estimate – especially if you take into account that this figure for the sporting goods industry is around 40). With a surplus of about $70 million in 2012, that comes out to $1.4 billion – just out of reach for the lucky winner.

What do you think? What would you buy with a billion bucks?