2014 Tech Deals on a Roll: Facebook to Acquire Oculus VR

Facebook has been making some ‘game-changing’ acquisitions in the tech space this quarter - first with WhatsApp, and now with its acquisition of Oculus VR. 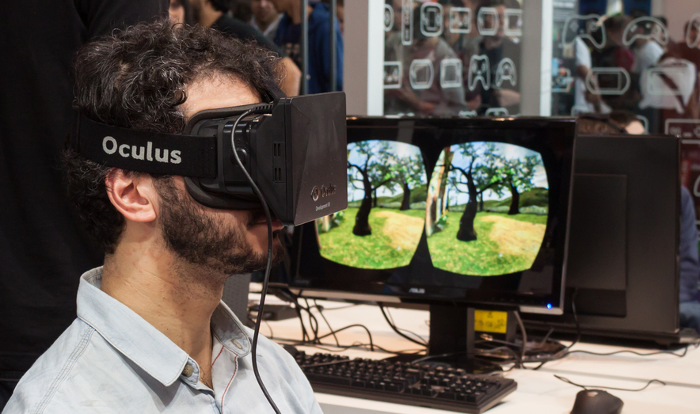 While in the near-term Facebook plans to expand Oculus’ product and partnerships, down the road the company wants to use Oculus to develop a ‘new communication platform,’ with the hope of turning virtual reality mainstream and using it to help people stay connected in their everyday lives. According to Mark Zuckerberg:

After games, we're going to make Oculus a platform for many other experiences. Imagine enjoying a court side seat at a game, studying in a classroom of students and teachers all over the world or consulting with a doctor face-to-face -- just by putting on goggles in your home."

This is really a new communication platform. By feeling truly present, you can share unbounded spaces and experiences with the people in your life. Imagine sharing not just moments with your friends online, but entire experiences and adventures."

We expect more big deals in the tech sector through at least the first half of 2014. The Intralinks Deal Flow Indicator, which predicts future M&A deal volumes based on diligence activity before deals are publicly announced, shows for the last quarter a 19% gain in the combined Tech, Telecom, Media & Entertainment sectors year-over-year.   Intralinks’ Vice President of M&A Solutions, Matthew Porzio expects M&A activity in 2014 to be very busy based on the early stage activity we’ve been tracking. Matt  anticipates, “Successful deal closings will further increase the willingness of sellers to explore sales and the buyside to proactively pursue targets to beat competition to the punch and generate buzz. The deal flow we predicted is coming to fruition and should beget more early stage deal flow as the “me too” philosophy and weariness of missing out is now clearly palpable.”

Could virtual reality become the next big player in the tech space? It’s too soon to say, but as we’ve seen in market trends, dealmaking in the tech sector is booming and large deals are only becoming more common – clear signals that the global M&A market continues to improve.

As for Facebook in particular, the Oculus deal marks Facebook’s second biggest acquisition to date, closely tailed by Facebook’s acquisition of Instagram for $1 billion back in 2012.  So what’s next for the leading social network? One thing’s for sure, Facebook definitely wants to stay ahead of the game.