A regular wrap of notable job changes in the dealmaking world. This edition's highlights include: Apollo Global Management , Foley Hoag, KKR and more. 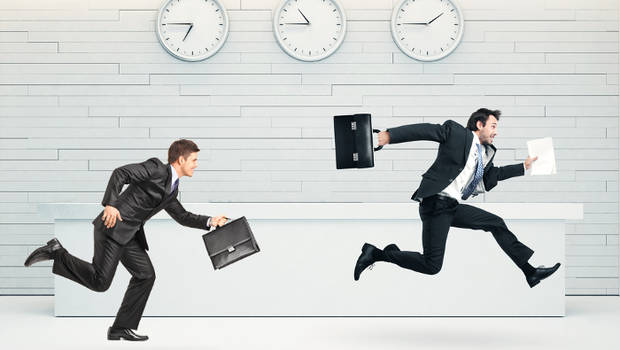 A regular wrap of notable job changes in the dealmaking world.

In headline making moves recently, Apollo Global Management announced that firm President, Marc Spilker, will step down from the giant private equity firm.  While no reason has been given, New York Times Dealbook reports that Apollo has no plans to look for a successor.  A bit of a coup for law firm Foley Hoag.  In Boston, Joseph Basile joins them as partner and Co-Chair of their M&A Practice.  A leading corporate law specialist, he had been the Managing Partner of Weil, Gotshal & Manges Boston office.  Google’s SVP of Corporate Development and Chief Legal Officer, David Drummond took a seat on KKR’s board.  And Warburg Pincus has hired Jacques Airgrain, Chairman of LCH Clearnet Group, as Senior Advisor to help them source deals in the European financial services sector from London.

Venture Capital firm, Highland Capital Partners, promoted Andy Hunt to Partner.  He’ll continue to focus on sourcing and leading new investments in consumer technology and ecommerce companies in New York and Boston.  In California, middle market private equity firm, GI Partners, has tapped David Smolen to be their new GC and Chief Compliance Officer.  He joins them from Silver Lake and will be based in their Menlo Park office.  In LP-related news, Harvard Management has appointed Richard Hall as head of the $31.7 billion endowment’s private equity portfolio. Since 2013 he has been the private equity head of Texas Teachers’ Retirement System and now fills the gap left by Lane MacDonald when he left to head up Crosby Advisors, the Johnson Family Office in February.

Returning to the fold…sort of.  On March 17th, Huntington Bancshares, announced the appointment of Howell “Mac” McCollough to the position of Senior EVP & Chief Financial Officer, based in Columbus, Ohio. Among his responsibilities will be strategic planning and M&A for the bank.  During the last 7 years he was Chief Strategy Officer at U.S. Bank, and in a banking and finance career spanning more than 30 years, had a previous stint at Huntington as Director of Corporate Development between 1992 and 1993.

Meanwhile in Europe, Duff & Phelps Managing Director Javier Zoido is moving from London to open and lead their new office in Madrid.  His brief will be to build business as demand for valuation and corporate finance advisory services expands along with the anticipated improvement in the region’s economy.

In a further boost to their European expansion plans, Bank of America Merrill Lynch has appointed Kevin McLoughlin to be their new global head of insurance investment banking.  Word is that BAML will continue to recruit as it repositions itself to take advantage of the improving economic fundamentals in Europe.

Continuing its growth push in Germany, Jones Day has lured leading M&A lawyer Johannes Perlitt from Clifford Chance, where he lead the automotive group.  He’s based in Frankfurt and has advised on several high-profile deals for global clients.  And finally, joining in private equity’s scramble for Africa, new private equity fund One thousand & One Voices has opened a London office headed by former TPG Capital partner Dag Skattum to source deals south of the Sahara.