M&A activity in 2014 has been off to great start. One region in particular that has seen a significant increase in deal activity is Europe, the Middle East and Africa (EMEA). 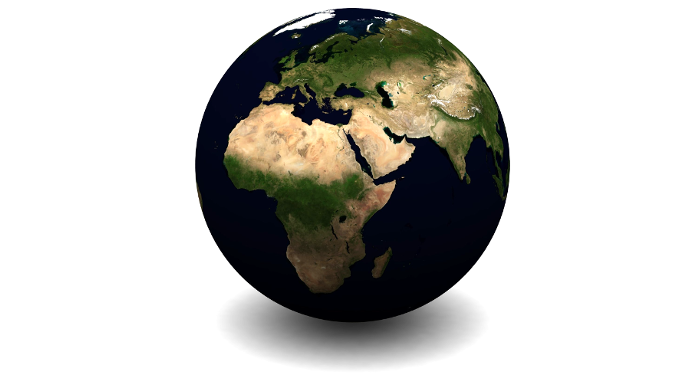 Deal activity has been off to great start this year. One region in particular that has seen a significant increase in deal activity is Europe, the Middle East and Africa (EMEA).

According to our latest Intralinks Deal Flow Indicator (DFI) data, a unique predictor of M&A activity (sell-side M&A mandates and deals reaching due diligence prior to public announcement) six months ahead of announced deals, EMEA-based deals reaching the due diligence stage increased by 5% QoQ, and nearly 21% YoY, indicating that EMEA’s recovery may be sustained well into 2014. 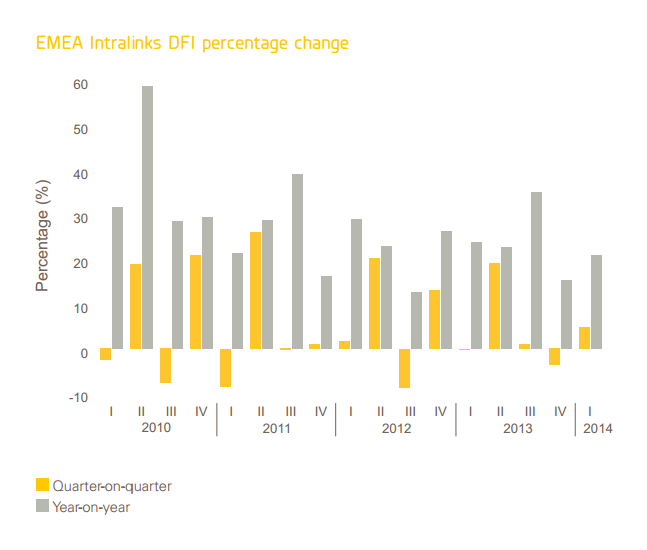 Looking back at Q1 2014, the consumer sector in particular saw a substantial increase in activity – deal volume grew 6% to 213 deals, while value jumped 56% to US$19.7bn.  One of the largest EMEA-based deals of Q1 was France-based L’Oreal and Nestle. L’Oreal bought back 8% of its stock from Nestle, a Swiss consumer goods company, for US$8.2bn. Additionally, large-cap activity in non-EU countries generally pointed to consolidation in the consumer sector.  As an example, LetterOne bought a minority stake in Russia’s Altimo for US$1.2bn from Gleb Fetisov, a private investor.

M&A is even on the rise in some of Europe’s more struggling economies. In Q1, announced M&A in Spain increased both in deal volume and value. Several of these large-cap deals took place in real estate, a signal that this sector is beginning to improve and a good indicator that there’s increased confidence in the global economy.

There are however many unknown factors which could hinder M&A growth the rest of this year. One of which is the still unknown political dispute between Russia and the Ukraine.  Many countries in Eastern Europe have economic ties to Russia, such that any escalated dispute could bring negative consequences for dealmaking.  Additionally cross-border M&A could also be affected until the dispute is resolved.

All in all, the bigger picture has improved, and while there are still unknowns, it seems likely that there will be a stable string of transactions over the next couple quarters.