Sharing Secret Files More Safely: Some Questions to Ask Yourself

How can you share files safely? Whether you're sharing through a secret URL, or consumer online services, there are privacy and security issues to consider. 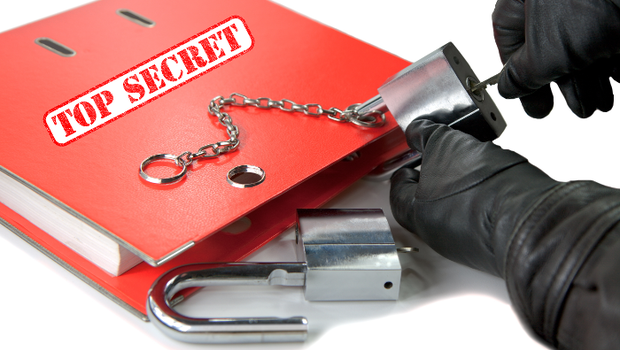 In the old days, things seemed much simpler. If someone needed a file from you, you could simply email it to them as an attachment.

Sure, that wasn't necessarily the safest thing in the world to do (especially if you weren't using encrypted email) but it was a rapid way of sharing a file, and the chances that the file would fall into the wrong hands were relatively small.

After all, there wasn't that much account hacking going on.

But Today, Things are Different

For one, people often don't like receiving large files via email. Have you noticed that it doesn't matter how many gigabytes (or even terabytes!) of hard drive storage your new PC has, and it doesn't seem to take any time at all until it's filling up and bursting at the seams?

The problem isn't just application bloat, and software products like Adobe Photoshop and Microsoft Office filling up your hard disk with rarely used features and security updates, but also a change in the data we use on a daily basis.

It's not at all unusual these days for home computers to be chock-a-block with high definition movies, thousands of music tracks, and albums of megapixel photographs, all eating into your storage allowance. And that's before you consider all the PowerPoint presentations, Word documents, spreadsheets and databases that your work has compelled you to take home with you.

If you send a large file to someone via email, there is not only the danger that it will be bounced back by their server complaining that the attachment is too large, but you're also risking the wrath of the recipient, who will be less than impressed if his or her computer gets tied up slowly downloading your 75MB attachment alongside regular email.

The Doctor Who Leak

An obvious "solution" to this, of course, is to not send the file as an email attachment, but to share a URL instead — but this can backfire.

That seems to be what happened recently to the British Broadcasting Corporation (BBC), whose Latin American headquarters in Miami were tasked with creating Spanish-language subtitles for the upcoming TV series of "Doctor Who".

Unfortunately, the web server directory that it placed the scripts wasn't as private as it imagined — and before the BBC knew it, frenzied fans were able to learn all about upcoming episodes featuring the new Doctor, Peter Capaldi. 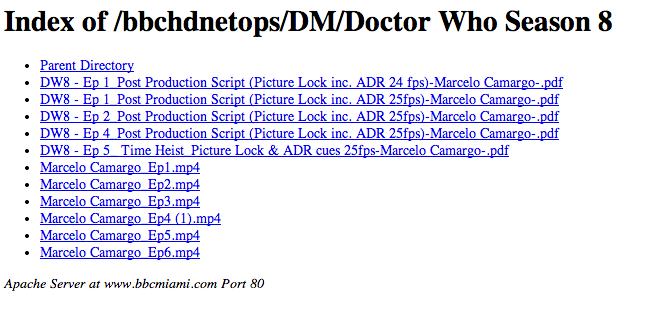 Regardless of whether your company is using a secret URL on its website, or one of the well-known online services that give you a few gigabytes of free web space, it doesn't necessarily improve things that much more when it comes to the issues of privacy and security.

Here are some of the questions you should be asking yourself:

The issue with some file sync and sharing sites is that they were clearly designed with outdated consumer requirements in mind. Home users inevitably have conflicting priorities from organisations when it comes to a service, and security and privacy may come some way down the list. The danger is that millions of users may not realize the data they store on those consumer file sharing sites could be accessible to people other than initially intended.

Recent research found that an alarming 38 percent of workers trusted consumer apps like Dropbox to share company files marked "Confidential." That's despite such apps having had a sullied history when it comes to privacy and security, with vulnerabilities such as the leaking of what should have been private links, the exposure of mortgage details and tax returns or inserting bugs that meant every single file was left accessible without any requirement for a password.

However you decide to share your work files, internally and with external partners, make sure that you have considered the security and privacy implications.

Otherwise, if there is a data leak, it could be your organisation making the headlines for all the wrong reasons.

Improving and Securing Lending Processes for the Long Haul