North America’s M&A market is showing continued momentum, with deal opportunities remaining in place for the near future. Find out the top deal drivers. 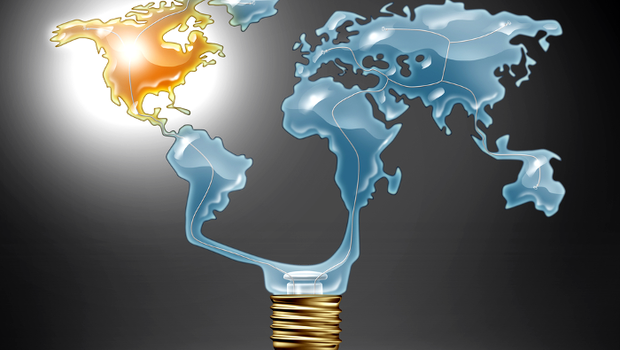 North America’s M&A market is showing continued momentum, with deal opportunities remaining in place for the near future. This isn’t a new surge: Over the last four quarters, the region has demonstrated a nearly 19 percent growth rate for early stage M&A, says the recently released Intralinks Deal Flow Predictor (DFP). The Europe, Middle East and Africa (EMEA) sector came in second, with 16 percent growth for the prior four quarters, the Intralinks DFP indicates.

Currently, the U.S. deal market is in the best condition it’s been since 2006-2007, says Joshua Rosenbaum, managing director at RBC Capital Markets and author of “Investment Banking: Valuation, Leveraged Buyouts, and Mergers & Acquisitions," as he commented in the Intralinks DFP. “We are seeing bullish activity across most market sectors, and the U.S. is on track to hit pre-recession levels of dealmaking in 2015,” he writes.

According to the Intralinks DFP North American snapshot, despite a quarter-on-quarter dip of six percent, early stage M&A activity for Q1 2015 is up:

The Intralinks DFP suggests the M&A uptick is from the basic strength of the U.S. economy. In fact, the report notes the International Monetary Fund recently raised its 2014 forecast for U.S. economic output up to 2.2 percent, up from 1.7 percent. The agency also predicts U.S. economic growth for 2015 will be 3.1 percent — which puts it in the rank of the top-growing advanced economies.

Economic Confidence Up, Capital Costs Down

Admittedly, U.S. economic growth is relatively tepid compared to previous years, with consumer demand flat. But Rosenbaum explains that there is rising confidence that the economy is “basically sound.” Partially, this is because the U.S. was the first major country to enter recession — and thus became the first to emerge from it.

Additionally, the U.S. economy doesn’t face the “the long-term structural problems that are besetting other regions, such as Japan or Europe.” Some other factors boosting M&A in North America include:

While the economy that fuels M&A is far from ideal, it does have some particularly strong performing sectors. The DFP suggest several areas where M&A growth is likely to continue, including:

All in all, it's a good horizon for those dealmakers looking for the right opportunity into early 2015.