Would you like to grow three times as fast as your rivals? Or deliver nearly double the shareholder returns of your peers? A strong M&A strategy may help. 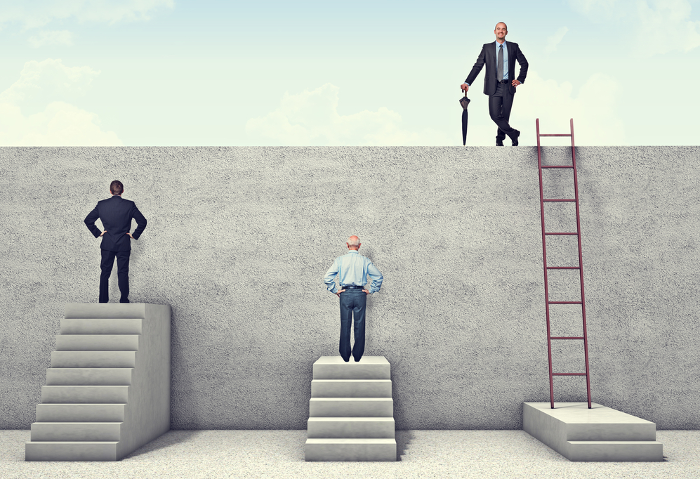 How would you like to grow three times as fast as your rivals? Or deliver nearly double the shareholder returns of your corporate peers? Who wouldn’t?

According to Boston Consulting Group, these are characteristics exhibited by successful serial acquirers. We all know that in times of pinched organic growth, the desire to do acquisitions sharpens. So, to goose growth even more, why not do a number of them?

When it comes to M&A at most organizations, you’ll hear the same litany of complaints. They go something like this. “There aren’t enough attractive targets.” “We just see the same old list of targets being paraded around again and again.” “We said ‘no’ to them once before so why waste our time on something that still doesn’t make strategic sense?” “The targets we might like are too expensive, so the numbers can’t be made to work.” And “When we see and buy things we like, we then end up destroying significant value.” Wouldn’t it be great if there was a secret sauce that could be bottled up and used?

You will all have seen the news of Actavis Plc’s $66 billion acquisition of Botox maker Allergan. This, the largest M&A deal of the year so far, marks Actavis’ third headline deal of the last two years and thwarts the ambitions of another serial acquirer, Valeant Pharmaceuticals, that had been pursuing a bid for Allergan for much of this year. In the end, Valeant walked away rather than duke it out, but as New York Times Dealbook reported earlier his year, it has had several successful deals in the recent past. They’ll no doubt do more.

So, in an environment where organic growth is too slow and where M&A activity has taken off, it seems sensible to find out what it is that sets successful serial acquirers apart from the also-rans.

As luck would have it, Gerry Hansell, Decker Walker and Jens Kengelbach of the Boston Consulting Group published a piece in BCG Perspectives on exactly this topic last month. It’s well-worth a read. Based on their industry analysis and a series of interviews with the managers, investors and sell-side analysts of some of their more successful serial acquirer clients, (for clarity’s sake, Activis, Allergan or Valeant were not part of this research), they’ve identified some key characteristics successful serial acquirers display in delivering acquisitive growth.

Not surprisingly, each company’s approach to M&A is influenced by elements unique to their organization or industry and certainly all have adopted M&A best practice methodologies in their approach. However, if there is one factor that helps these organizations stay out ahead of the rest of the pack, it’s the amount of time and money senior management dedicates to the firm’s overall M&A strategy. Behind each successful transaction there are years of consistent, patient and methodical preparation.

Furthermore, Intralinks and Cass Business School, City University London conducted separate research which analyzed the M&A activity and business performance of 25,000 global organizations that engaged in over 200,000 deals over 20 years to determine which M&A activities deliver the most shareholder value. Findings from the study confirmed that when a strategic approach is applied to M&A management, organizations can outperform the market and their peers significantly. Highlights from the research include:

There are three distinct practices that companies adopt and pursue. Firstly, they make sure that they have a compelling investment thesis. That means taking the time to find out how their company will compete and create value over time, given its unique competitive situation, its strengths, weaknesses and risks. That helps them develop an investment thesis that is explained articulately, detailing how, why and where value will be created and channeling management’s focus on where to look for deals. It minimizes the risk of doing deals that are either off-strategy or too “me-too.” By being explicit, the investment thesis allows managers to be proactive in their search rather than relying on advisors and their pitch books for ideas. In doing so, they avoid too many auction situations that can crimp returns for acquirers. By spelling out specifically how the company expects to build value by making the acquisition, management either sets the price above which the deal no longer makes sense or lays out the scenarios where paying above premium prices might make be worthwhile.

Next, within these firms, you’ll find that there’s an enduring culture of M&A. Much time has been spent in fine-tuning their internal M&A capabilities, from sourcing to transacting to integrating deals. The people at the top set the tone by example, acting as “hunters” by investing a considerable part of their time to cultivating future sellers, building their M&A networks and thinking about potentially valuable business combinations. They personally oversee much of the M&A process, encouraging their line managers and divisional heads as well as their corporate development teams to identify and cultivate targets. Deal sourcing and development of targets becomes and remains very much part of the corporate DNA.

And finally, there’s an acknowledgement at these companies that there is no single, prescriptive way to run the M&A process. Sure, there’s discipline and rigor in their approach, but as no two deals are alike, adherence to a clearly explained “cookbook” of process rules only hampers M&A success. Instead, they stick to a short list of clearly articulated principles that help minimize the costs of the M&A process and deliver maximum value for each acquisition. These principles define what matters most for the M&A team at each stage of the acquisition process, helping them to match resolutions to commercial deal breakers, to establish firm “walk-away” value thresholds and to identify the best value-generating activities of the newly combined organization to which team resources should be dedicated.

Don’t Wait for Deals to Fall from the Sky

As a busy executive, waiting for the right deal to be presented to you might very tempting. But for companies serious about investing in acquisitive growth that approach won’t cut it. All organizations can learn from these organizational practices, which are common to most successful serial acquirers. Adopting, developing and instilling them for an organization requires a significant investment of time and money. It’s an investment worth making given the costs and risks of M&A failure. As the authors of the Boston Consulting Group a piece in BCG Perspectives note, by the time a pitch book hits your desk, it’s probably too late. The time to invest in acquisitive growth strategies is well before the deal is offered up to you.