New technologies are emerging in the clinical research industry. One of which, virtual workspaces, may help decrease study start up times significantly. 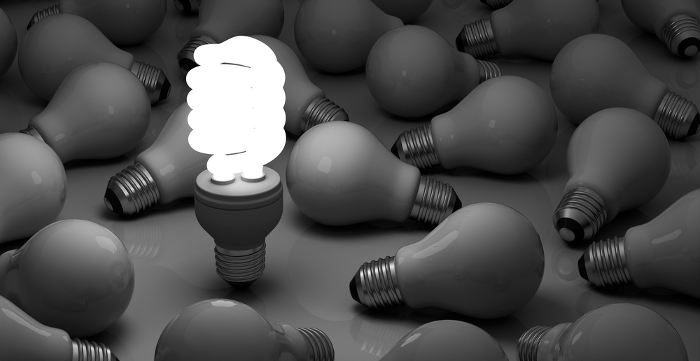 We are in the middle of transition in the clinical research industry right now and new technologies are emerging constantly, and accelerating rapidly.

The clinical research industry has always been one that is slow to adapt and for good reason. There are a lot of moving parts and many stakeholders involved; you’ve got the sponsors, the CROs, the CRAs, the research sites, the patients, the doctors, the principal investigators, as well as other vendors including electronic data capture (EDC) companies and organizations that provide virtual workspaces (such as Intralinks). Long story short, there are a lot of stakeholders involved in this industry. When new technology emerges it is in the best interest of the industry to adapt and use these changes to increase efficiency and productivity and streamline the whole clinical trial and drug development process. We’re seeing this happen right now with virtual workspaces. We’re having a lot of risk based monitoring and studies that are using remote monitoring which allows pharmaceutical sponsors to design adaptive protocols (protocols which can be changed during the trial for a number of safety or overall trial efficiency reasons). The data that we get from these studies is more refined and detailed and it paints a clearer picture. It is everyone’s goal to have a clinical trials run smoother, enroll on time, and end on schedule as opposed to having clinical trials that drag on and on — as this does not create an environment where we can obtain treatments and cures faster and it would mean we are not having sponsors submit their New Drug Applications (NDAs) to the FDA because their trials are delayed. This just costs a lot of money and is rather inefficient, and because of that, they have technologies like remote monitoring and risk based monitoring emerge, and they are emerging in large part due to the EDC (electronic data capture) revolution in the mid-2000s and the virtual workspaces revolution occurring today. Just check out my video to learn more.

Let’s rewind the clock back to 2005 back when I was just getting started in this industry, we were going through a change much like we are now. We were transitioning from paper-based Case Report Forms (CRFs) to EDC. The industry wanted to push this because it’s more efficient and they can get the data faster, and as a result, this actually paved the way for risk based monitoring, remote monitoring, and adaptive protocols. This is because the sponsor can analyze the data coming in through the EDC system in real time as opposed to having to wait for the physical CRF pages to reach them by FedEx or by mail after the monitor has reviewed them. It was just a really long process back then but that’s the way it was done for decades. Now all of a sudden, a new technology came and we were able to become more efficient by using EDC. However, at the time, research sites were not exactly thrilled with having to switch and I was one of them who shared this sentiment. When I was a study coordinator back in ’05 I was accustomed to completing paper CRFs and as we moved on to using EDC systems, I was a little hesitant to use it at first. First of all, I didn’t want to do the extra training. Then there was the fact that you could get queried faster, meaning you were able to get queried in real time as opposed to getting queried when your monitor came to the site once a month. But of course, I had no choice. So initially it did not seem good for me as a coordinator. It meant more work for me, but it gave me a smoother and more efficient trial. Another thing that it meant that was not apparent right away was that I would receive my payments faster. As a study coordinator / research clinic owner at the time, I learned really quickly that this technology that I was kind of resistant about using, was actually helping me get my payments faster than before. So as soon as I realized that, I was sold.

Now, I think the same exact thing is going to apply to virtual workspaces. I think research sites are going to get paid faster because trials are going to be run smoother. I mean, we can already see it. Virtual workspaces decrease study start up times quite significantly. You don’t have to fax things anymore, you don’t have to email — everything is done instantaneously. If there are changes that need to be made, rather than FedExing something to a regulatory specialist at the CRO and then having them tell you “This is not good, you need to revise this” (which, by the way, happens all the time during study start up) they’ll be able to look at it right away and say “please make this revision.” You will no longer need to email the same document to numerous people separately, but rather, grant these individuals access to your virtual workspace so they can view, edit or download the files they need, and when it is convenient for them.

Once sites realize that virtual workspaces can help get through the site initiation process faster, I think they’ll be more open to adopting this technology. That’s another similarity that I see between virtual workspaces and EDC systems from a decade ago. There was a lot of hesitation and a lot of investigators and research folks that thought EDC would never be able to replace paper records. But the truth is, EDC was not meant to replace paper records. In fact, it was just meant to reduce paper based CRFs. So a lot of the hesitation and the resistance from researchers was misplaced. This is the same thing I am seeing now with risk based monitoring and the use of virtual workspaces.

So a virtual workspace is exactly what it sounds like. It allows you to get in contact with your researchers and your fellow team from your site as well as your CRA remotely. So if you had a source visit that was just completed by a study coordinator, you would upload the source document after the visit is done and immediately the study monitor can see it and review.

The virtual workspace is just another step in the right direction for the industry and it’s very similar to changes we have seen in the past; history repeats itself. The evolution of the virtual workspace, which is what we are going through right now, is very similar to the emergence of EDC in the last decade. I would predict that in five years (2020) most studies are going to be using virtual workspaces. Once again, it’s not going to replace the paper source or the physical regulatory binder, but it’s going to allow the sites to store an electronic copy of the information and it might take care of the archiving process for once and for all.

Different sponsors have different regulations for how long a site needs to keep the medical records, regulatory documents, and source files archived, and I predict that virtual workspaces may eliminate the need for that as long as everything is uploaded in a server. Once again, these are all just speculations and predictions. All this might not happen by 2020, but I can definitely see it happening soon, especially with the FDAs CFR part 11 which talks about electronic signatures and electronic source records (this would fall under that umbrella). This is another benefit to sites and to researchers, Even if your site closes or the site you work for closes, those records are still your responsibility if you are the Principal Investigator, and virtual workspaces could possibly eliminate that issue.

All in all, I see a lot of similarities between virtual workspaces in 2015 and EDC from 2005. It’s another piece of technology and another disrupter in the industry and we’ve got to get used to it. We’ve got to adapt because at the end of the day it’s better for the industry, the sites, the sponsors, the patients — it’s better for everybody.

Dan Sfera is the CEO and President of The Clinical Trials Guru, LLC and DSCS Sweat Equity & Investments, LLC. Through these two companies Dan assists Sponsors and CRO's with Site Selection, Research Staff Training, Recruitment, Contract and Budget Negotiations and Business Development. Dan is also owner, partner and advisor for dozens of clinical research sites across the United States as well as Internationally. With a focus on marketing, finance and operations, he and his team have helped successfully launch many research organizations in the past 10 years.