A Day in the Life of a ModelOff Contestant: Going the Distance

What's it like to be a 2015 ModelOff contestant? Find out in my account of round one of the ModelOff competition. 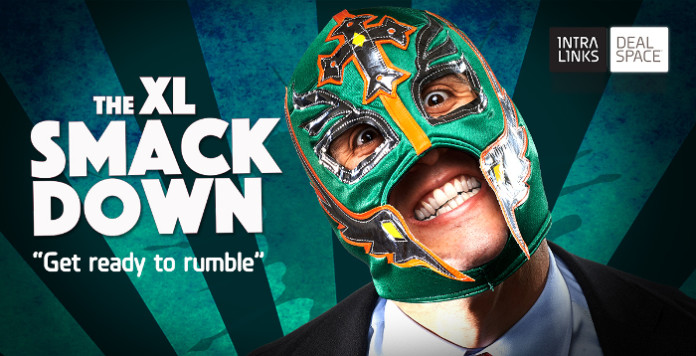 In perhaps the most tender, character-defining moment of the film Rocky, a vulnerable Rocky Balboa — having just walked the ring where, the following evening, he is scheduled to go head-to-head with world heavyweight champion, Apollo Creed — confides in his girlfriend, Adrian:

“I can’t beat him... Who am I kiddin'? I ain't even in the guy's league...But it don't matter, 'cause I was nobody before...I was nobody. That don't matter either, ya know...It really don't matter if I lose this fight. It really don't matter if this guy opens my head, either. 'Cause all I wanna do is go the distance. Nobody's ever gone the distance with Creed. And if I can go that distance, ya see, and that bell rings, ya know, and I'm still standin', I'm gonna know for the first time in my life, ya see, that I weren't just another bum from the neighborhood.”

Two Saturdays ago, when I participated in Round 1 of the Financial Modeling World Championships 2015, Rocky’s sobering self-realization quickly came to mind. Like Rocky, I had trained hard to keep getting stronger. No, I never got around to pummeling huge, hanging hunks of meat in a refrigerated warehouse, but my laptop did take quite a beating from all of Modeloff's Past Questions, data tables and simulations I was running, as I toned my flabby financial modelling faculties into lean Excel muscle mass. Along the way, also like Rocky, my coworkers, friends, and loved ones — with their unflappable faith in me — had further fueled my fervor to fight … to win. London, and the Modeloff World Finals, was in sight!

Then, on Saturday, October 17 (all competitors commence Round 1 at the same time, regardless of time zone), I lifted the ropes to the sacred, online Excel arena and, instantly, as if by a crippling body blow, all of that misplaced hubris was violently expelled from my being. Suddenly, it became clear that I was the speed bag!

The bout’s format consisted of four parts. Part 1 was a string of academic-style multiple choice questions, focused predominantly on NPV, WACC, CAPM, and other bread-and-butter finance and valuation topics that I had unfathomably neglected to uplift during my seemingly dubious training regimen. But, that was nothing. Parts 2 through 4 were the real gauntlet: a set of three diabolical, data-intensive multi-question segments, each requiring the download of a separate workbook, each with multiple worksheets.

Like Rocky gazing up at that giant, hanging poster of boxing titan, Apollo Creed, and realizing the futility of trying to defeat him, the financial modelling juggernaut in front of me seemed no less daunting. However, at that moment, as I stared into the abyss, and found nothing staring back at me, I made myself a solemn promise: I may not be able to knock out — or T.K.O. — Round 1 of ModelOff, but I would go the distance, getting as far as I could in the two hours allotted.

Newly resigned to my role as more of an Excel sparring partner than a financial modelling heavyweight, I found the inspiration and motivation (and perspiration!) to continue working the body of Round 1, in the end making it through about half of the challenge, before the final bell rang.

Needless to say, my final score was not enough to propel me into Round 2, much less the eternal glory of participating in the ModelOff World Finals in London. Could I have been a contender, if I had perhaps trained harder? I’m not sure. The truth is, I suppose, that I’ve just become too reliant on — too comfortable with — the plethora of newer, bespoke solutions to do my work more effectively, more efficiently, more securely. Tools such as Kira Diligence Engine, iCapital Network, Intralinks Dealspace®, Intralinks VIA®, and Intralinks Dealnexus® (full disclosure: I work for Intralinks, Inc.), to name a few, have made me better at my job, albeit at the humbling cost of dulling my Excel acumen.

In any event, despite the black eyes and bruised ribs to my Excel ego, I hold my head up high. I did go the distance. I was standing (well … sitting) when the final bell rang. And, above all else, I feel honored to have competed alongside the best of the best: the Apollos of Excel, the Creeds of data crunching. I tip my hat to these noble Excel sluggers, and am in their corner for the remainder of the competition.

Would I reenter the ring next year? It’s hard to say. Although, Rocky did go on to defeat Creed in Rocky II.