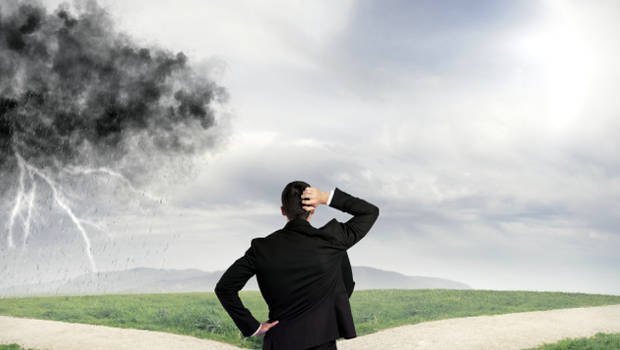 Intralinks' Deal Flow Predictor (DFP) Report indicates that strong momentum for mergers and acquisitions may hit speed bumps in the form of global economic and market volatility. Indeed, the bumps during the first few weeks of the year have been dramatic.

Global equity markets have swooned so far this year in stunning, widespread reductions ranging from as much as 21% in China to as little as 3‑1/2% to 4% in New Zealand and Korea. The declines span the gamut of stock market corrections (rule-of-thumb down 10%-to-20% from previous peaks) to bear markets (rule-of-thumb down 20% or more). No global market indexes show gains.

The “Macro Fundamental Risks” behind these slides include:

After a record year in 2015 for the value of global M&A transactions, what does the stock market swoon portend for M&A in 2016? And, if some of these macro risks were to become reality, what then for M&A?

Despite huge gloom and the swoon, most likely, what is occurring is only a resetting of asset prices, stock and others, in line with changing prospects for the U.S. and global economies, in the context of a continuing expansion accompanied by lower inflation, and longer-run equity bull markets. The correction and bearish market outlook should pass, unless the macro risks continue on a worst case path. The longer that sharp declines in the stock market linger, the greater the impact on M&A for all of 2016.

Looking ahead, uncertainties over economic growth, revenues and earnings for U.S. and global companies likely will push valuations lower on bids for companies, large and middle-market, making deals less compelling for sellers. Where financing has a large stock component, this “currency” will be worth considerably less, increasing the cost of financing mergers and acquisitions. Credit financing, on risks to a company’s prospects, especially when they involve China and other developing countries, will be more difficult. A stronger U.S. dollar will help U.S.-based multinationals in purchases but where the M&A possibilities have earnings translation risks for global companies, there may be postponements or suspensions.

Consolidation as a driving force for M&A should gain in importance if the current risks and concerns about economic prospects turn more to reality. But, the M&A wave likely will be diminished on lessened expectations of stock price appreciation.

The Intralinks Deal Flow Predictor has proven to be a reliable indicator of future M&A activity, as confirmed in a regression analysis conducted by Decision Economics. Based upon early stage merger activity during the fourth quarter, the DFP forecasts global M&A during the first half of the year to rise between 1.5 and 6 percent, with a mid-point forecast of 3.5 percent. However, the economic and market turmoil during the first few weeks of 2016 is exceptional. The market selloffs so far this year, flights to safety and the fact that economic, financing and credit risks are likely to linger, suggest a hesitation in the record flows of mergers and acquisitions seen in 2015. Pending mergers and acquisitions likely will provide an early warning signal of reductions in the growth of M&A from last year’s record pace, before recovering later this year and next on stronger economic expansions in most world economies.

Allen Sinai is Chief Economist and Strategist of Decision Economics, Inc. with offices in New York, London and Boston.