The Spike in Volatility: Why Is It Happening and for How Much Longer?

Stock market volatility is becoming common in recent months, much of it due to market expectations about global interest rates and oil prices. 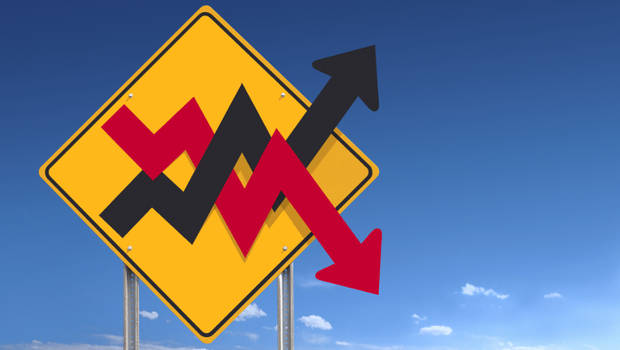 Stock market volatility is becoming common in recent months, much of it due to market expectations about global interest rates and oil prices. As recently as February 11, the CBOE VIX index, the so-called US equity "fear gauge," which measures expected volatility from the prices of U.S. stock options, closed at 28.42, its highest level in nearly three months. In August, the VIX briefly reached 40, a level not seen in four years.

Two developments have refocused investors’ attention on monetary policy and its subsequent impact on market volatility. The first are economic signals — including the blockbuster October U.S. jobs report (271,000 gain in payrolls — the biggest in 2015; jobless rate falling to a seven-year low of 5 percent; and average hourly earnings over the past 12 months climbed by the most since 2009). Since the October report, speculation ran rampant that the Fed would hike interest rates in December for the first time in almost ten years; which in fact is exactly what the Fed did. The second development is the growing possibility that the European Central Bank may enhance its program of large-scale purchases of securities (i.e. quantitative easing), including by extending its duration beyond September 2016.

Market confusion over the direction of the economy is also contributing to volatility. There are signs that the U.S. economy hasn’t made it out of the woods yet. Economic data continues to give off mixed signals. On the positive side, the U.S Department of Labor reported that seasonally adjusted initial jobless claims decreased 7,000 to 262,000 in the week ending February 13, less than the consensus estimate of 277,500. Total initial claims fell to their lowest level in about 3 months. However, within the same week the Philadelphia Fed’s business conditions index came in at -2.8 for February, compared to -3.5 in January. The index has continued to remain negative for six months now. Market participants may wonder how the Fed can be serious about raising interest rates in a slow growth economy.

In sum, it is difficult to predict how much market volatility will move from here. The VIX has actually fallen back since reaching its three month high, and as of February 19th was trading at 21.  It is also difficult to predict the impact these market moves will have on what central banks do next, and how the “real economy” will react in both the short- and longer-term. We could expect a large number of potential catalysts, in addition to monetary policy decisions (including the Russia-Turkey standoff, global security concerns, and upcoming elections in France and Spain), which suggests that markets will likely experience some swings through the remainder of the year. For investors, it may be best to exercise discipline, tread carefully, and be prepared to pull the buy or sell trigger at a moment’s notice.

Is Virtual ODD the New Normal?