Global sentiment on the M&A market has increased slightly since last quarter, according to the Intralinks Global M&A Sentiment Survey. 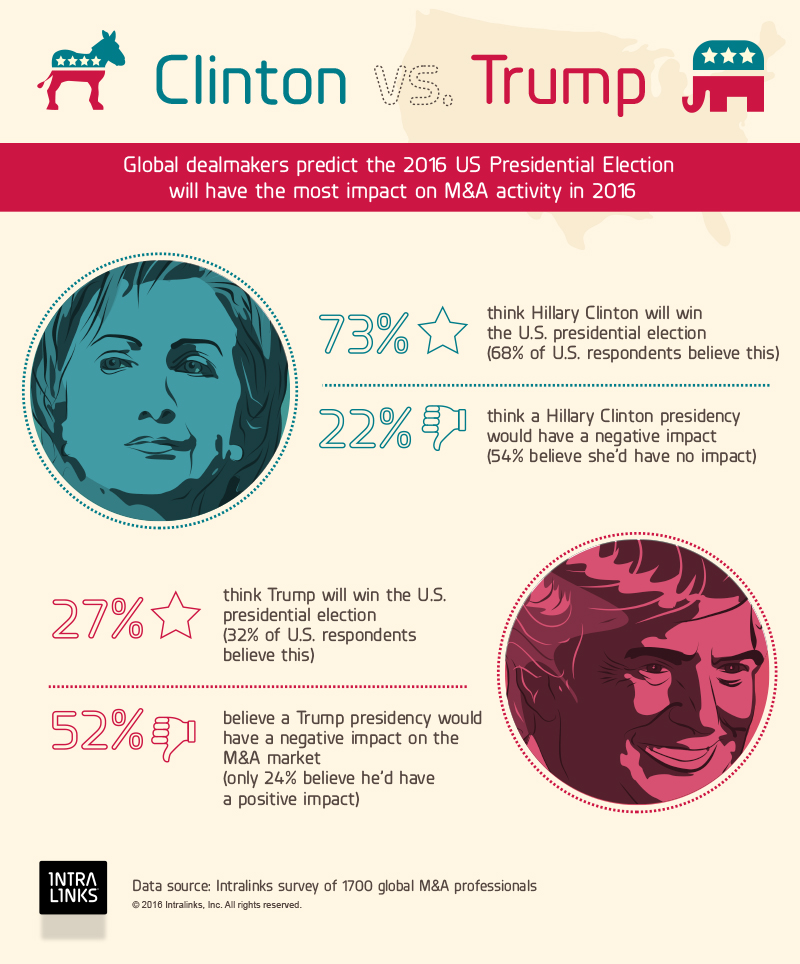 Global dealmakers predict that the U.S. Presidential Election will have the most impact on M&A activity in 2016

Global sentiment on the M&A market has increased slightly since last quarter, according to the Intralinks Global M&A Sentiment Survey. This is the first increase in sentiment since the second quarter of 2014. This is surprising in a U.S. election year, however it’s no surprise that North America is the least optimistic. Europe, the Middle East and Africa (EMEA) are the most optimistic this quarter, although the survey data was collected pre-Brexit.

When asked about the impact of a strong US dollar on worldwide M&A activity, globally:

So it’s safe to say that globally, dealmakers still see a strong U.S. dollar making an impact on worldwide M&A activity. If the interest rates go up in the U.S. as predicted, that may change how much money is invested overseas.

It’ll be interesting to see how the election concludes and what it will mean for M&A worldwide.