China’s Turnaround: When and How?

While China has experienced an economic slowdown, there are reasons to be optimistic about China’s growth picture and the M&A deal making outlook. 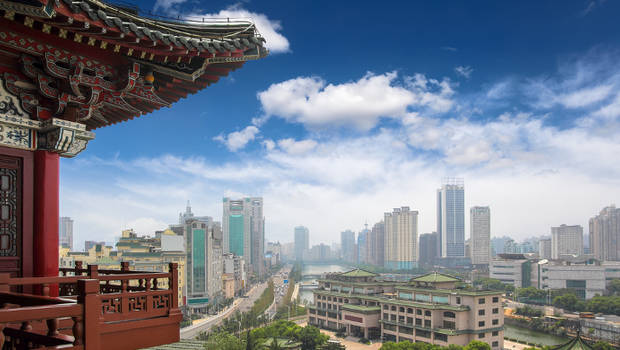 China has been a lynchpin of globalization for more than a decade, during which time it has become the world’s second largest economy. In recent years, China’s economy has corrected itself to more a sustainable growth curve. China’s GDP expanded by 6.7 percent in the three months ending June 30, but that is a hair slower than the first quarter, and matches the weakest pace of growth China experienced during the global financial crisis in early 2009. By the end of 2016, the IMF expects GDP growth to fall to 6.3 percent, and 6 percent in 2017. Even with faltering growth, China is still one of the world's stronger performers, but its performance is a far cry from the heady days of 10% growth or more.

There are several reasons for China’s economic slowdown. Beijing has focused on reducing the country's reliance on manufacturing and is encouraging the service sector. Though the policy may create long term growth, pain is being felt in the short term. China announced in late February that it was planning to shed 1.8 million coal and steel jobs in an effort to reduce excess capacity. The cuts represent about 20% and 11% of China's coal and steel jobs, respectively, according to IHS Insight. In addition, continued government efforts to stimulate activity and hit growth targets are driving up debt levels, raising concerns about a real estate bubble and dangers to the country's banking system, which has seen non-performing loans hit 11-year highs.

There are, however, reasons to be optimistic about China’s growth picture and the deal making outlook. China has a very high savings rate of 50 percent and not much foreign debt. So there is a solid balance sheet underlying the economy. China's service sector has surpassed the manufacturing and agricultural sectors as the leading sector in the economy and now represents more than half of China's GDP, a good indicator that the economy is rebalancing away from manufacturing and investment and toward services and consumption. In addition, as China makes its transition to a services-led economy and more people move into the cities, the government will need to continue to build more infrastructure. China is already outspending the US and Europe combined, but the infrastructure China has built is only at 20 percent of the level that Japan, the United States and Europe. The country will need more infrastructure like intercity metro systems, better schools, hospitals and water treatment sites, representing a really long runway for the construction and building sectors.

China’s debt levels may not be as alarming as you would think. Investors focusing on the country’s rising debt levels only see the debt in the state-owned enterprises and in households, when they need to recognize that China is a big exporter. Those export receipts, a positive for China, helped the trade surplus swell to $594 billion in 2015, providing a buffer as a weaker yuan spurred capital outflows.

Finally, the Chinese themselves remain optimistic. While the rest of the world frets about the outlook for the Chinese economy, its citizens don’t share those pessimistic views. The latest Westpac-MNI China consumer sentiment index underlines this point, rising 1.5% to 115.9 in June. It is now 3.2% above the levels of a year ago.