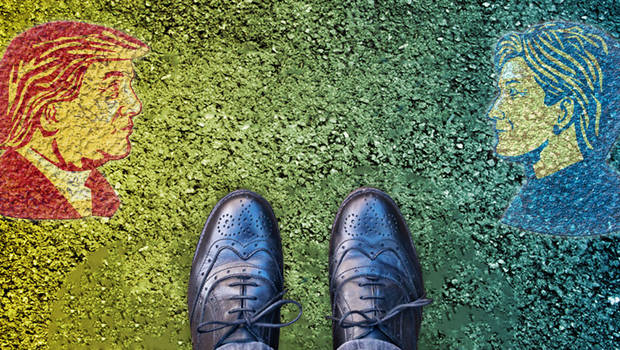 Over 1,600 dealmakers have their say on the upcoming Presidential Election

The US presidential election campaign is becoming increasingly vicious, especially in the last few weeks. Recent revelations of Donald Trump’s lewd comments towards women have certainly moved the goalposts.

The level of personal animosity between the two candidates is obvious. What is less clear-cut is the impact of the election result on global mergers and acquisitions (M&A).

According to the latest “poll of polls” from website Real Clear Politics, Democratic nominee Hillary Clinton has an average lead of 7.2 percentage points over Donald Trump. Paddy Power, a leading UK and Irish bookmaker, has already declared the US presidential election a foregone conclusion, opting to pay out more than $1 million to gamblers who have bet on a Clinton victory.

To gauge global dealmakers’ opinions on the likely outcome of the US presidential election and its potential impact on M&A activity, Intralinks polled over 1,600 M&A professionals worldwide between October 4 and 11, 2016, in our well-established quarterly global M&A sentiment survey.

Respondents from North America (NA) predict that the US presidential election will have the most impact on M&A activity in their region over the next six months. Whereas in Europe, the Middle East and Africa (EMEA) it is the UK’s “Brexit” vote to leave the European Union; in Latin America (LATAM) it is monetary policy; and in Asia Pacific (APAC) it is economic and market events in China.

When asked for their expectations for M&A activity over the next six months, 51 percent of dealmakers globally expect to participate in more M&A deals than in the previous six months. In our June 2016 M&A Sentiment Survey, this was 48 percent. LATAM dealmakers were the most optimistic in our latest survey, at 56 percent, with the other three regions at 51 percent. This is the first time since October 2014 that all four global regions have each been more than 50% optimistic about six-month forward deal activity – we think this is significant and positive for the global M&A outlook.

The latest Intralinks Deal Flow Predictor, which predicts the volume of M&A announcements six months into the future, will be released mid-November. For more predictions about future M&A, click here. For more insights into M&A, visit www.intralinks.com.