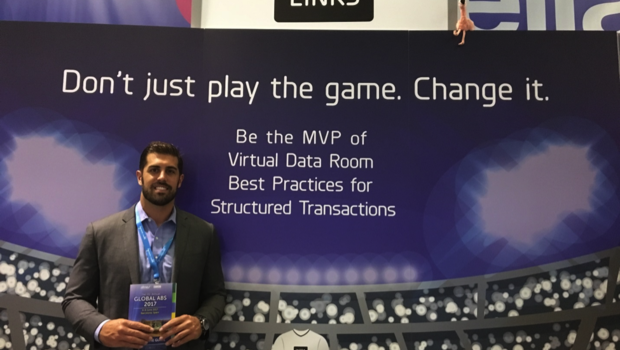 Intralinks was excited to be back in Barcelona in the beginning of June for the asset-backed securities industry’s “must-attend” annual conference – Global ABS 2017, hosted by AFME & IMN. Despite the current global political and economic backdrop, we found attendees to be generally optimistic about the state of the market. Key topics that our team found particularly interesting after sitting in on the panels mainly centered around Brexit, NPLs and trustees.

Can Brexit be a good thing?

Dr. Andrew Lilico, a Principle at Europe Economics, broke down his short-term views on what will happen with Brexit by 2030. Lilico believes that a slowdown in GDP growth would be concentrated in the years before and after, as investment plans adjust. Business Insider UK explains that he previously stated 72% of economists wrongly predicted that the Brexit vote would plunge Britain into a recession.

At Global ABS, Lilico showed slides that estimated there will be an annual Eurozone specific lost annual growth of 0.7% and an extra 0.3% annual GDP growth from proper Eurozone governance mechanisms. For the UK, the total net impact will be between .95% of GDP loss and 2% of GDP gain. One of the main differences between his analysis and others is that he has taken into account countervailing benefits in his model.

During his presentation Lilico went on to explain that Brexit can affect individual sectors differently. The mechanisms that might specifically affect the financial services sector are:

One the most interesting points Lilico makes is how both the UK and Eurozone will benefit from Brexit. His theory is that the Eurozone will grow faster because, when the UK leaves, it can function better by having one less party to get “buy-in” from. The UK will also be able to experiment more with regulation and U-turn more quickly if things go south. Currently what Lilico calls the “ratchet model” works well when the right path is obvious, as it is impossible to undo a measure in the Eurozone after it has been put into place. Where this model breaks down is when the outcome is not obvious, like the sharing economy and the commercial exploitation of space. It is possible to envision a world where the UK can experiment and the rest of the EU borrows what is successful? Lilico certainly thinks so – and you can read more about his views on the CPAX blog.

Be the MVP of virtual data room best practices

Not only was it great to be able to attend panels like this on Brexit; we also had some great conversations at our booth on how we can help this market get deals done faster. We allow our users to collaborate on high-value deal documentation across teams, customers, prospects, counterparties and regulators. With over $31.3 trillion worth of financial transactions executed on our platform, we support the entire deal lifecycle by streamlining operations, reducing risk, improving client experience, increasing visibility and better engaging deal participants. Learn more about Intralinks Virtual Data Rooms for structured transactions.