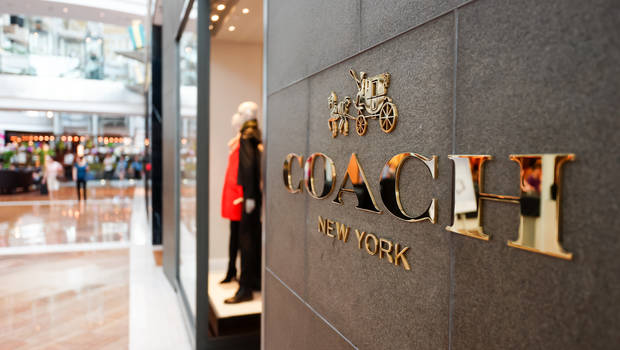 On May 8th, luxury handbag maker Coach made a bid on up-and-comer Kate Spade, to the tune of $2.4 billion. A spokesperson from Coach at the time said that the merger would allow Kate Spade to retain its brand independence. This is a wise move on Coach’s part, as the Kate Spade brand has strong equity in a consumer market that Coach has struggled with in the past: the millennial.

Millennials are coming into their own as a true consumer segment, and they are doing so on their own terms. A recent Nielsen report estimated that millennials are spending more than $65 million a year using their mobile devices alone. This consumer segment is always connected, does their research before making a purchase, and is less inclined to buy a “keepsake” luxury bag like the ones made by Coach. They do, however, appreciate well-made goods and will pay for them.

With Kate Spade as a key part of its portfolio, Coach now has the power to leverage a down-market brand that has significant retail presence with teens and millennials. This is an ideal target group for a luxury brand to convert and upsell, as disposable income is growing among this consumer segment. Coach CFO Kevin Wills has already said that the cost savings realized from this deal will allow Kate Spade to have fewer "online flash sales," a change that could help elevate the brand to true luxury status. But this deal has larger implications, as well.

Return of the mega deal

Expect more mega deals like the Coach-Kate Spade transaction over the next six months in the consumer goods/luxury retail space. Some of the factors driving this surge include simple product diversification, as well as up-market and down-market entry. While profit pressure will always drive mega deals in any market sector, the rise of luxury consumers in emerging markets like India and China is making these larger deals especially attractive in the luxury goods space. These consumers are new to the luxury market, with disposable income, and that opportunity needs to be addressed with product stratification.

What will these large luxury brands be looking for in a potential acquisition target? Like most, accretion should be primary. Customer demographics will also be a factor – there are only so many people who can purchase high-end items with any recurrence, but that addressable market amplifies as you diversify not only product portfolio, but customer bases. For example, there’s a finite market of people who can purchase a $10,000 purse, but when tucked in with a diversified brand that also sells at a more reasonable price point, ideally, there is topline growth.

While retail is going to see more strategic acquisition activity, don’t expect dealmakers to save brands that are already on the ropes. Many of the struggles that we’re seeing in retail aren’t necessarily coming from high-end companies who sell their own brand. It’s the department stores that tend to attract older demographics that are hurting. Retailers who are trying to market themselves to potential buyers can consolidate these types of brick and mortar outlets, but they also need to craft strategies that attract younger buyers who are more engaged and savvy comparison shoppers. Growing a younger and loyal base of consumers is key to success. Retailers must show that they have product strength, a recurring customer base and the ideal demographics for the buy-side.