M&A deal failure: breaking up is hard to do. Can break fees keep your deal together?

Intralinks recently published the findings of a long-term, global study into abandoned acquisitions – deals that are announced but which subsequently fail to complete. Together with the M&A Research Centre at Cass Business School, London, we investigated more than 78,500 M&A deals announced over the past 25 years to identify the significant predictors of failed deals, and the strategies that acquirers and targets can employ to increase the likelihood of successful deal completion. We also interviewed 40 global M&A professionals, and incorporated their insights into our report. I’ll also highlight some of their comments in this post.

My first blog post on our study, Abandoned Acquisitions: Why do some deals fail to complete?, gave an overview of its key findings. In this second, and subsequent posts, I’ll take a deeper dive into the most significant predictors of deal failure. If you want more details about the methodology and data sample behind our study, please download the full report here. 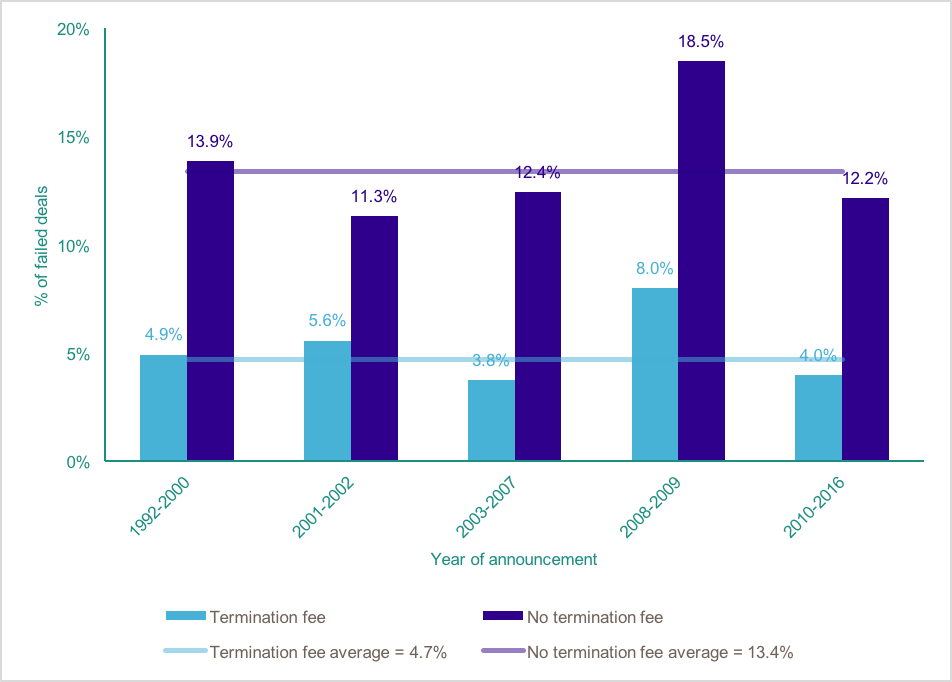