How Blockchain Tech Is Influencing the Dealmaking Process [Video]

A conversation with R. Jesse McWaters, financial innovation lead at World Economic Forum, on how this emerging technology’s ability to close deals faster. 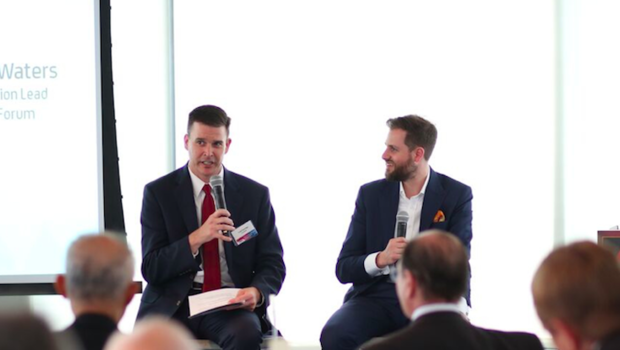 “When people ask me if the big techs are going to enter financial services, I say they’re asking the wrong question,” said McWaters, a frequent commentator on the fintech industry who’s been featured on CNBC’s Closing Bell and Bloomberg. “They’re already here. We’re relying on services like AWS and Microsoft Du Jour in order to deploy the flexible architecture that we need.”

The discussion led to blockchain and bitcoin, whose value has skyrocketed but hasn’t yet replaced the dollar despite lofty predictions made a few years ago.

“I haven’t been at a conference or seminar in the last two years where blockchain hasn’t come up,” mused Partridge. “It’s an area where I find myself most commonly talking about blockchain in the deal process, around using blockchain technology from a point of view of being able to get into the audit trails of what’s actually going on during the deal process … and potentially being able to speed up deal closing. Can we actually connect the dots to regulators at some point so they can speed up the closing of deals as well?”

Although McWaters cautioned about diving into the deep end of the rising technology, he believes blockchain-based tech has the potential to replace existing infrastructure and bring efficiencies to the marketplace.

“The really important thing from a business perspective isn’t the underlying technology that’s being used – just like you don’t particularly care which brand of server your email is running on,” said McWaters. “Rather, it’s about the new capabilities that are being offered.”

When the discussion turned to crypto, he underlined that in the current climate “there’s a demand today for the greater intralinkage of the financial system and these emerging crypto assets.”

In the above video, Partridge and McWaters discuss blockchain’s exciting potential to disrupt the dealmaking process in a revolutionary way.