Learning to Love Machine Learning: One Lawyer's Journey from Upstart to Startup 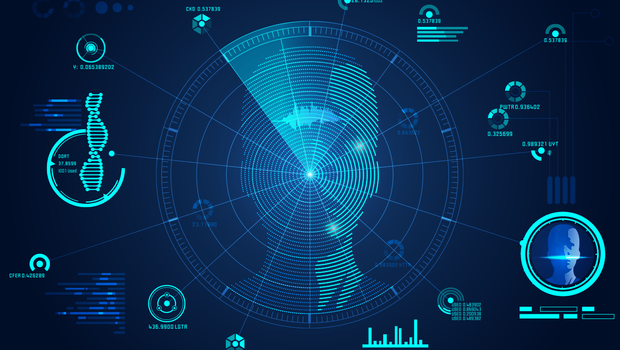 Noah Waisberg is a founder of Kira Systems, producer of software that uses machine learning to automate contract analysis. In this article, Noah describes his journey from practicing lawyer to entrepreneur. You can also read an interview with Noah in a recent edition of the Intralinks Deal Flow Predictor.


The backstory
As a young lawyer working in private equity, M&A and securities at Weil, Gotshal & Manges in New York, I did a lot of contract analysis – a tedious but very important job in high-stakes transactions. This type of document analysis is usually performed by junior lawyers, and often accounts for anywhere from 30-60% of the total legal fees on an M&A deal.

During my tenure as an attorney, a few things became clear to me: lawyers spend a lot of time reviewing contracts; they look for the same things over and over again; and systematic and random mistakes are common. They spend too much time doing work that is relatively low-skilled for their profession, and the process is prone to human error. Convinced that there had to be a better way of doing things, I set out to build software that could help.

About the time I teamed up with Alexander Hudek, who held a PhD in computer science from the University of Waterloo, which is like Canada’s MIT. We co-founded Kira Systems in January 2011, thinking that within a few months we could get the software to reliably find information in contracts and that funding really wasn’t necessary. In reality, it took far longer. But by the time we figured that out, the window on fundraising had closed because investors simply weren’t eager to put money behind a product that was supposed to take four months to complete, but might take ten years.

Two-and-a-half years later, Kira Systems had no investment capital and no paying customers – but we did have a working product and a vision. So, in the Spring of 2013, we hired two developers, and several months later some revenue began flowing. In 2014, we started to do better: Kira Systems grew from four people to eight, and by the end of 2015 we were at around 20 employees. By 2016 we’d put together a solid client roster and had 35 people on staff. In 2017, machine learning technology – a type of artificial intelligence (AI) for contract review – went from cutting-edge to mainstream, and Kira Systems doubled in size to some 70 employees.

Automating repetitive white-collar work
The key assumption behind Kira Systems’ AI is that different contracts share common elements that can be broken down and systematized. When lawyers perform due diligence, they are looking for language that tends to repeat itself in one form or another from contract to contract. Certain types of deals always contain consent clauses that must be analyzed, while others require a close review of covenants. Property-related deals, for example, tend to require a search for rent levels in the lease documents.

Due diligence is typically assigned to junior attorneys because it is one of the more routine tasks. Nevertheless, it is performed by highly skilled and educated people. We started Kira Systems before there was a lot of hype around AI. As we built working technology, AI hype built and built. Today, there is both: lots of hype, as well as some real substance.

We discovered a source of tremendous cost savings for law firms and their clients by automating contract review and analysis. Under the conventional paradigm, a typical M&A target has hundreds or thousands more documents than will ever be reviewed; assigning lawyers and paralegals to read every word of every document simply isn’t possible, due to both cost and time. Instead, law firms often select a sample of contracts to review.

Kira Systems enables firms to process all of the documents, and it flags potential problem areas, so the due diligence team can efficiently allocate their time to address the important issues. That way, closer to 100% of the contracts are reviewed by machine, and trained professionals spend their time doubling back on the problem areas. The result is a much more thorough and cost-effective vetting of contracts.

Custom algorithms are crucial
There is still a good amount of hype around AI. Much of the innovation happening today is in the form of pilot projects rather than full-scale production, so it’s difficult to know which technologies will stall out, and what will turn into something real. In our market, however, algorithms are still extremely important. They are the difference between a software solution that works and one that doesn’t. Kira Systems’ first approach was to use off-the-shelf AI and apply it to the problem, but the results were quite mediocre. When we failed doing things the easy way, we kept working. We built our own custom machine learning stack, and eventually got our system to a point where our users (which include many of the world’s best law firms) tell us that Kira helps them accurately review contracts in 20–90% less time.

Given that AI is still at an early stage, and considering its rapid pace of evolution, consumers should be careful to select the right AI for the problem they are trying to solve. It may be true that some types of AI have become commoditized, but in our world, custom algorithms are still the secret sauce that differentiates one product from another, and they’re the key to Kira Systems’ success.

Noah Waisberg is the CEO and Co-Founder of Kira. Prior to founding Kira Systems, Noah practiced at the law firm Weil, Gotshal & Manges in New York, where he focused on private equity, M&A and securities law. Noah is an expert on contract analysis, legal technology and artificial intelligence, has spoken at conferences including SXSW Interactive, ILTACON and ReInvent Law; and was named 2016 ILTA Innovative Thought Leader of the Year. Noah holds a J.D. from the NYU School of Law, an A.M. from Brown University and a B.A. (honors) from McGill University.