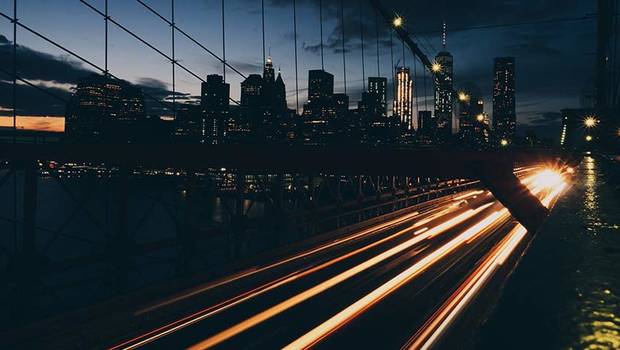 Financial investors have never considered infrastructure to be sexy – but that is changing. Persistently low interest rates have helped it evolve into an asset class that delivers income and capital growth over time. AMP Capital Partner and Head of Americas, Infrastructure Dylan Foo notes that pension and sovereign funds, as well as direct investors, are allocating more of their capital to infrastructure.

Foo has over a decade of experience investing in Australia, UK, Europe and the Americas, and is a member of AMP Capital’s Global Investment Committee which oversees AMP Capital’s US$2.4 billion global infrastructure platform and strategy. “Infrastructure’s characteristics suit many institutions’ long-term investment needs,” he says. “They deliver stable cash flows, inflation-linked revenues, and often come with strong yield.”

Recently, funds have begun allocating money to US infrastructure assets because investors are attracted to the nation’s relatively stable regulatory oversight and its developed economy. “It’s a stable regulatory and political environment, which is relatively accessible to foreign investors. We view North America as a really exciting place for infrastructure at the moment,” says Foo.

However, the lack of investment-grade opportunities poses a major challenge. “The volume of assets needed to meet the demand for capital is the real challenge,” Foo asserts. “It is critical to stay disciplined to avoid overpaying in a low-yield environment.”

“Elsewhere in the globe we focus on other traditional infrastructure assets, such as airports. But in the US, many big infrastructure assets are not yet privatized and are still in municipal or federal hands,” notes Foo. “We shape our investment strategy around that and focus on where private capital can play a role,” says Foo, adding that the investment focus typically “searches for brownfield rather than greenfield assets where the firm can add value.”

In the US, AMP Capital so far has not been involved in many public-private partnerships. “These deals have a very long lead time. You may work on a deal for two years but have no certainty it will be successful, and the competition is intense,” Foo explains.

As a global infrastructure investor, Foo argues, the ideal assets are mid-market, value-add opportunities with an investment horizon of five to seven years. “We use a structure that’s similar to the private equity model. We’re looking for assets that could be improved with an injection of capital, new management and a shift in strategy to reinvigorate them, while still displaying the defensive characteristics of traditional infrastructure.”

Foo’s team aims to produce double-digit returns with their investment funds. “If you're going to achieve that in this market, you need to be able to add value, which is a big thing for us in our asset management strategy,” he says.

Foo and his team focus on global opportunities that fall within their general areas of expertise. “We stick to our sector-based strategy, and within that, we can bring in experts from around the globe with specialist skills in growing businesses and expanding into new sectors. We also bring in our financial and strategic relationships to improve capital structures and generate synergies across our portfolio,” says Foo. “We have owned over 100 infrastructure assets around the globe. So, we can bring to bear knowledge gained in one market and apply it to others. For instance, we might be able to take lessons learned from an energy asset we own in the US and apply them to our assets in the UK and Europe.”

If the team doesn’t think it can add value to an asset, it won’t acquire it; and they must feel able to forge good working relationships with the executive team. Foo says, “We have to have absolute alignment, so we can work with them and deliver our business plan. We have a limited window to deliver results and that is what we’re solely focused on doing. That is a key difference between us and a more passive infrastructure manager.”

To learn more about the forecast for M&A in North America and around the world, see the latest edition of the Intralinks Deal Flow Predictor, a proven six-month forecast of future changes in the global volume of announced M&A transactions.