A Glimpse into the Current State of the Indian IPO Market

For the Q4 2018 edition of the Intralinks Deal Flow Predictor, we spoke to Rupesh Khant, vice president with Indian financial services provider ICICI Securities, about recent trends in the initial public offering (IPO) market, the reasons behind them and his expectations for the coming months. 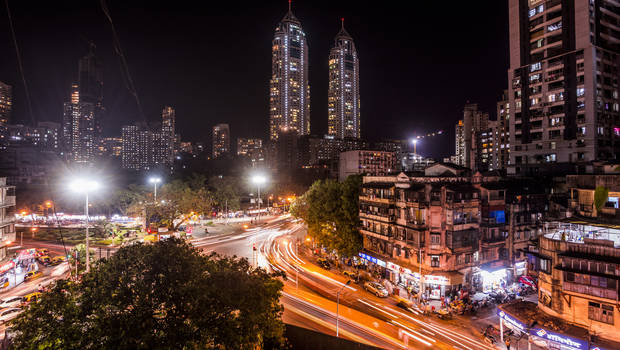 Philip Whitchelo: The IPO market had a huge year in 2017 with the number of issues overall growing by 45 percent worldwide. The APAC region is particularly active for IPOs, with 1,123 issues in 2017 comprising 72 percent of the worldwide total. India had the second largest number of IPOs after China.[1] Can you tell us why IPOs are so popular in India and give us your perspectives on the dynamics and growth of the market?

Rupesh Khant: The world equity market has seen a significant move up during 2017 on the back of multiple positive news items such as the improvement of jobs data in the U.S. and the control of inflation in various economies to name but a few. Meanwhile, investors have factored in or digested the majority of negative news items such as Brexit, fears of interest rate hikes by the U.S. Fed, and non-performing asset provisioning by Indian banks. India has also witnessed a robust level of primary capital market activities during 2017 as compared to past years due to various reasons including improvements in earnings, better valuations, healthy liquidity in the primary market and a continuous flow of capital. One of the major factors for healthy growth in capital markets is the participation by investors, particularly retail investors, by investing in mutual funds through SIPs (Systemic Investment Plans). We believe the flow of funds into mutual funds through SIPs in India will likely be healthy for the rest of 2018 on the back of improvements in retail savings rates and the low level of interest rates from fixed deposits.

What are you seeing in terms of IPO activity in the first half of 2018 compared to last year?

In India, we have seen volatility in equity capital markets and a surge in valuations of various sectors such as fast-moving consumer goods, business services, information technology and healthcare. Further, the biggest concern faced by the market was poor performance of public sector banks, provisioning for bad loans and trade concerns related to the U.S., particularly in key sectors such as pharmaceuticals, information technology and steel. Further, there was a surge in valuation of listed small and mid-cap companies, which many fund managers and experts viewed as unsustainable and which had raised valuation concerns for various unlisted companies which planned to visit the capital market through an IPO. During the first half of 2018, the number of Indian IPOs increased by around 40 percent compared to the same period in 2017.[1]

What is your firm’s role in the IPO process?

We are a category I merchant banker registered with the Securities and Exchange Board of India. We are one of the top investment banking houses in India with significant focus on executing IPO and advisory deals among others. We play an important role in bringing new products to the market and understand and highlight key regulatory aspects to assist clients in raising capital through an IPO or other securities.

Can you tell us about your experience of working with virtual data rooms on IPOs?

In India, the virtual data room been used mainly for the convenience of various parties in the secure exchange of information. For the capital markets practice, we have seen that user-friendly VDR platforms with competitive pricing are among the key requirements for any client to select a VDR. Further, the client always looks for flexibility from the VDR vendor while finalizing pricing or commercial terms as generally IPO deals are completed in 6-12 months and there is lot of uncertainty on the timing of launch of any IPO.

“For the final quarter of 2018, we see a robust build-up of the IPO pipeline by Indian corporates, who will be ready to raise capital in the months to come, particularly immediately after the state elections.”

Are there any sectors where you are seeing especially high levels of IPO activity?

We are already seeing a lot of deals in the financials sector, while the manufacturing, services and consumer spaces may see a lot of IPO activity in the coming two years. We also expect to see momentum pick up in the infrastructure sector and other capital-intensive sectors seeking to raise capital for their next phase of growth.

Given the buoyant levels of both the M&A and IPO markets, some companies are choosing dual-track exit processes where they pursue an IPO alongside an M&A transaction to see which can give the highest valuation. Are dual-track processes popular in India?

We haven’t seen such a trend in India – most of the businesses are family-managed and complicated structures are rarely seen in the Indian market. However, we have seen that various Indian controlling shareholders have tried to raise capital or market secondary deals to private equity investors. Due to a valuation mismatch, they failed to conclude the deal and chose an IPO instead, as an easier option to raise capital due to attractive valuations.

Do you see any risks to the growth of the IPO market in 2018, especially given the threat of a trade war between the U.S. and China?

A trade war between two large global economies would have a cascading impact on the Indian economy, particularly through its impact on global liquidity, trade friction, commodity prices (particularly oil and steel) and applicable tariffs/taxes. During the second half of 2018, there are a few IPOs in the pipeline but we see very few stable market windows to launch any IPO as we have holiday seasons in November and December and Indian elections (state and/or central) which will give direction to the market depending on their outcome. Generally, during election time in India, we see a slowdown in projects, delays in decision making and, with such uncertainty, it would be difficult for investors to price any company or business and investors would prefer to take decisions after the election outcome. For the final quarter of 2018, we see a robust build-up of the IPO pipeline by Indian corporates, who will be ready to raise capital in the months to come, particularly immediately after the state elections.

Rupesh, many thanks for sharing your views with us.

Disclaimer: Please note that the contents of this interview are Rupesh Khant’s personal views and not the views of the ICICI Group. Rupesh Khant is not obligated to revise the article once published or publicly available to modify or change his views.

Find out more in the Q4 2018 edition of the Intralinks Deal Flow Predictor.

Independently verified as a highly accurate six-month forecast of M&A activity, the Intralinks Deal Flow Predictor report is compiled by tracking early-stage M&A transactions globally that are in preparation or have begun due diligence.