According to data from Thomson Reuters, valuation levels for worldwide announced acquisitions in H1 2018 were the highest in over 30 years. So, what are our expectations for the future? 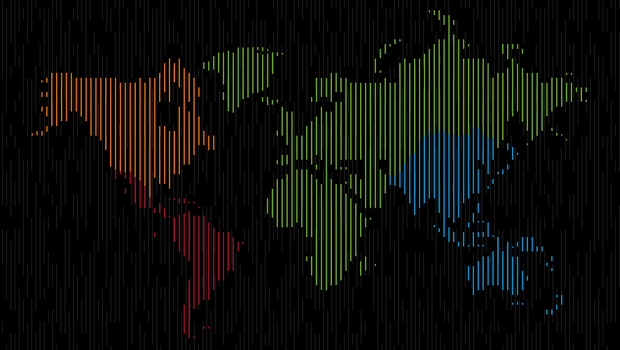 According to data from Thomson Reuters, valuation levels for worldwide announced acquisitions in H1 2018 were the highest in over 30 years . At a recent corporate development forum held in London, the resounding verdict from M&A practitioners was that the ongoing boom in global M&A activity coupled with valuations reaching such multidecade highs means that it’s a seller’s market: almost anything can be sold and usually for very good money. However, many also felt that the high valuations targets are currently demanding could also be the undoing of the current period of strong deal activity.

Before taking a closer look at some of the reasons for the high valuations we are seeing and how they might end up slowing down deal activity, let’s examine some recent M&A data.

The US $77 billion acquisition of Irish-domiciled pharmaceutical manufacturer Shire by Japan’s Takeda, as well as the US$100+ billion bidding war between Disney and Comcast for the media and entertainment companies Sky and Twenty-First Century Fox are just two examples of deals that have raised eyebrows over the amounts of money involved. Takeda is even reported to be considering selling its iconic former head office in Osaka, the site on which the company was founded more than two centuries ago, to raise funds to support the deal and stave off criticism that it is too expensive and will load Takeda with too much debt.

The reasons for the booming M&A market have been well-documented in previous editions of this report: cheap financing, shareholder pressure to seek alternative forms of growth and streamline operations by selling non-core assets, a way to deal with digital disruptors and the remorseless advance of “platform” companies such as Facebook, Amazon, Google and Netflix to name but a few. These reasons, along with increasing competition from financial sponsors for attractive assets coming to market, are factors in driving up valuations.

Flush with cash, and with no signs of fund-raising slowing down, private equity (PE) firms are making bolder and bolder moves, scooping up assets that “by right” should be under corporate ownership. The perceived notion that strategic acquirers can pay a higher price for assets due to the synergies, cost savings and overall strategic benefits ensuing from a deal no longer holds true. The overall valuation gap between strategic acquirers and PE firms has fallen to zero in H1 2018. In some sectors, such as Financials, Energy & Power and Materials, strategic acquirers are even being outbid by PE firms prepared to pay even higher valuations.

That said, deals like the formerly-mentioned Takeda/Shire acquisition show that corporates too are not shy about digging deep into their pockets to pay for “must-have” targets that have the potential to transform their businesses.

AI technologies supporting the dealmaking process are undergoing rapid adoption by legal advisors and larger corporates and are set to become as widely used as VDRs which began to replace physical data rooms for due diligence 20 years ago.

So why are buyers – strategic and financial alike – so confident when it comes to paying top dollar for deals?

One of the biggest game changers is the increasing sophistication of the due diligence process, leading to greater confidence when it comes to the price that is being offered for an asset. One example is the use of artificial intelligence (AI) technology by acquirers during due diligence to look at a wider range of issues, dig deeper in key areas but also move much faster. Chris Perram, CEO of FileFacets and Noah Waisberg, CEO and co-founder of Kira Systems, two pioneers of applying artificial intelligence and machine learning to M&A deals, were interviewed in a previous edition of the Intralinks Deal Flow Predictor about the support their technologies can lend to the M&A process. AI technologies supporting the dealmaking process are undergoing rapid adoption by legal advisors and larger corporates and are set to become as widely used as VDRs which began to replace physical data rooms for due diligence 20 years ago.

Another reason is the way in which many acquirers are now approaching the post-merger integration (PMI) process. While in the past the PMI process and those involved with it used to be distinctly separate from those involved in deal origination and execution, more and more corporates are now favoring an approach that allows these teams to work together much earlier in the lifetime of a transaction.

Bringing in the integration team at the beginning of the process can not only help the deal team get a much stronger understanding of the strategic and operational fit of a deal, it can also have an impact on valuation due to deeper discussions around synergies and cost cutting potential. This in turn can result in a higher offer price.

So, what are our expectations for the future? The consensus is that while M&A continues to boom, with corporates under pressure to grow and adapt to changing markets and PE firms needing to deploy capital, valuations will remain high. The challenge in the years to come will be to make transactions done at today’s high valuation levels generate the expected returns on investment. Given the high valuations in today’s environment it is inevitable that many deals will fail to deliver the anticipated shareholder value – which may cause both strategic acquirers and financial sponsors to pull back the reins on some of the more aggressive dealmaking and revert to a more pragmatic approach to M&A. With that in mind, thorough due diligence processes and well-planned and well-executed post-merger integrations will distinguish successful acquirers from those who may ultimately suffer from buyer’s remorse.

Find out more about the Intralinks Deal Flow Predictor.

Independently verified as a highly accurate six-month forecast of M&A activity, the Intralinks Deal Flow Predictor report is compiled by tracking early-stage M&A transactions globally that are in preparation or have begun due diligence.