Blockchain in M&A: Hope or Hype?

Over the past couple of years, it has become almost impossible to attend a conference or open a newspaper without coming across the term “blockchain” along with theories on its potential to improve our lives in myriad ways. However, there is still a great deal of confusion and skepticism about this technology, thanks partly to its cryptocurrency roots and, in particular, its association with Bitcoin. 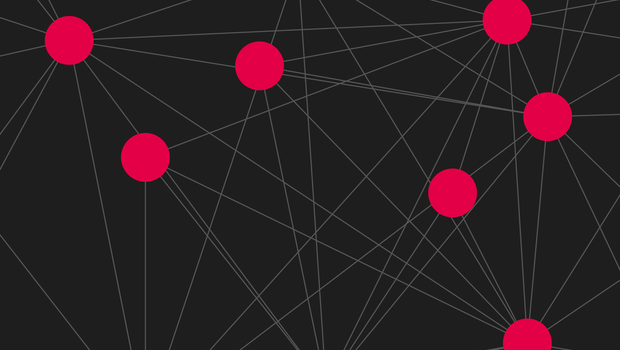 Before looking at blockchain’s potential impact on M&A, let’s first define what we mean by blockchain — or distributed ledger, as the technology is also known.

The simplest way to think about a blockchain is as a database that is maintained not by a single actor, such as a bank or trusted central authority, but collaboratively by a network of participants who share identical copies of the database. As the database is updated with new records of information, each new record is timestamped and linked to the previous record by a complex cryptographic mathematical function whose solution requires a certain amount of computer processing power (the so-called “proof of work”). As each new record is added, its authenticity is cryptographically verified by a consensus of the majority of participants in the network. The result is a shared, identical database which is tamper-proof and immutable — it is impossible to retroactively change any single record in the database without also altering all subsequent records, which would require a consensus of the network majority.

Blockchain technology was originally developed to underpin the functioning of the cryptocurrency Bitcoin; however, the two are not the same. Bitcoin needs a technology such as blockchain to function (primarily to prevent the problem of “double-spending” that could arise with a cryptocurrency where transactions are not recorded by a central authority), but the reverse is not the case.

“If we look at what blockchain really is – a shared infrastructure – we can see that its application in M&A or any other sphere of financial services could do a lot to increase data connectivity between the financial services industry and regulators.” — R. Jesse McWaters, financial innovation lead at the World Economic Forum

Blockchain has been touted as a time- and cost-saving solution for tasks which require a shared, trusted, tamper-proof database. As a result, commercial applications such as medical record keeping, trade finance, international payments, provenance verification of high-value items such as diamonds, smart contracts, taxation and voting are all under investigation or construction according to a recent article in The Economist.

Are there any potential applications for blockchain in an M&A process? “There is a huge amount of enthusiasm for blockchain and talk about how it could help with parts of the M&A process,” says Todd Partridge, vice president of product marketing and strategy at Intralinks, “But when it comes to actual usage, we are seeing very minimal traction at the moment.”

Related: [Video] How Blockchain Tech Is Influencing the Dealmaking Process

One potential use of blockchain in M&A would be to allow the parties to a transaction to possess a verified and unalterable record of all the information disclosed by the seller to the buyer during the due diligence process. Currently this need is satisfied via virtual data room (VDR) providers such as Intralinks.

Once the deal has been signed, the VDR provider is usually asked to provide a copy of all the information disclosed in the VDR on a DVD or flash drive, and both buyer and seller receive a copy. This provides both parties with a record of all such information for the post-merger integration process or in case of any post-transaction disputes relating to information disclosed during due diligence.

“Blockchain technology could be used to create a real-time, permanent and unalterable record of all information disclosed during due diligence, thereby enhancing the seller’s and buyer’s confidence in the post-transaction record of the deal,” adds Partridge.

Another potential application for blockchain technology could be to use smart contracts running on a blockchain to enable the automatic completion of the transaction once the conditions to closing, which are set out in the sale and purchase agreement, have been satisfied. Once verified by both buyer and seller at signing, a smart contract would automatically monitor the conditions to closing and would ensure that the agreed upon consideration is paid to the seller, and that legal ownership of the asset is transferred to the buyer upon completion.

Another possible use of blockchain-enabled smart contracts could be to monitor and speed up the regulatory approval process for M&A transactions.

“If we look at what blockchain really is – a shared infrastructure – we can see that its application in M&A or any other sphere of financial services could do a lot to increase data connectivity between the financial services industry and regulators,” says R. Jesse McWaters, financial innovation lead at the World Economic Forum. Proponents suggest that regulatory approval, particularly in complex mega-deals, could be sped up if different regulatory bodies were to use blockchain technology to standardize on and verify the market and other data on which their decisions are made.

However, despite the enthusiasm of their proponents, blockchain seems unlikely to transform dealmaking for now. Many parts of the M&A process require the human touch and are not obviously amenable to automated processes which can be specified in advance or are not subject to alteration. So, for now, the best hopes for dealmakers looking to take advantage of blockchain technology may be to jump on the blockchain M&A bandwagon – according to Thomson Reuters, the number of M&A deals involving blockchain-related companies jumped from 9 to 53 in the first nine months of 2018 compared to 2017.