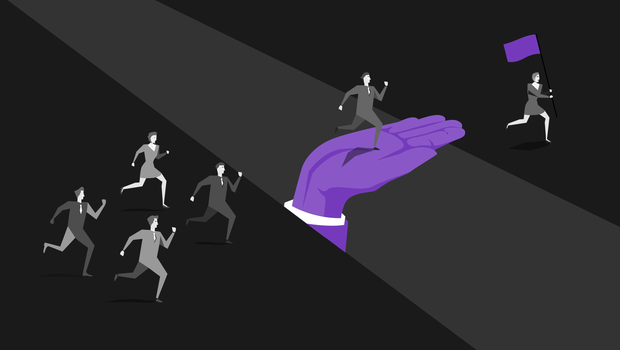 Through Intralinks’ sponsorship I was lucky enough to attend Transaction Advisors’ two-day M&A conference at Wharton San Francisco in mid-March. The event was jam packed with “nuggets,” aptly coined by Sergio Letelier, VP and deputy general counsel, corporate, securities and M&A at Hewlett Packard Enterprise. These “nuggets,” also known as words of wisdom, were delivered by several senior corporate development and legal M&A leaders throughout the conference as well as during a “war stories”-themed dinner at the end of the first day.

Transaction Advisors does an excellent job of recording each session and making them available to subscriber members. I wanted to share with you some of the key “nuggets” I took away from the conference. Here are my top four:

1. The two S’s: strategy and sourcing

During the first day of the conference a resounding message was that strategy should set the M&A agenda and not the other way around. Having a clear understanding of the company strategy, and what needs and gaps business units might have to accomplish those goals, is fundamental to driving M&A activity. Relying on M&A activity to drive strategic direction is a recipe for disaster.

The relationship between the strategy and corporate development team, the C-suite and the board is critical. Frequent interactions to discuss market positioning and strategic focus will help build a partnership between the C-suite and the corporate development team. Should the attainment of that strategy be based on organic or inorganic bets is a key component of these discussions.

Another message that came across from various panels was that sourcing should be everyone’s job – from the board level to the business unit leaders. While technology is an enabler of deal sourcing, it was evident that having referrals and introductions from trusted people trumps all other tools.

There was interesting discussion around how to define deal success and what metrics should be used in this exercise. The consensus was a mix of quantitative data and softer, qualitative inputs. Typically, the quantitative metrics include: booking increases, and contributions to growth and revenue. The key is to carry this monitoring throughout the integration phase.

The comparison between price and value is also part of the puzzle. Speakers agreed that you have to define what metrics are key to you. The value you will derive from any strategic activity will revolve around the gap you are trying to close in the difference between the investment needed to build versus the cost to buy. Ultimately, and obviously, the value needs to be more than the price; but, at times, emotion and competition can cloud this judgement.

Integration leaders at the conference suggested earlier involvement in deals so that value-driver assumptions could be drafted during the diligence process. These would not only impact a “go/no-go” decision but then also accompany the lifecycle of the deal, through execution and flow into integration. As the integration comes into play, those value-driver assumptions could be assessed.

The consensus was that every deal needs to have accountability, not only by having metrics and value drivers attached to it, but also a responsible sponsor. That sponsor is the figurehead for the deal and must be held accountable for the result of the deal.

In the current environment, characterized by a fiercely competitive sellers’ market, there is a movement to be more thoughtful about diligence requests. Obviously there needs to be a balance in the diligence process in order to properly address deal risks, but the sentiment was not to overwhelm the target with diligence requests – and certainly not to duplicate efforts.

In an age where data is king, there can be a tendency to ask for everything but the kitchen sink in a diligence process. A couple of suggestions were shared by speakers, among them:

4. It’s all about the people

There was a lot of conversation about tactics of transition teams successfully following an acquisition — in particular, how you might retain key executives in the acquired company. Motivating acquired talent by providing them with leadership roles and aligning incentives to retention was floated as a good solution. Many Bay Area companies, like Google, award shares and accelerate vesting for the incoming executives or structure exit packages for executives that are leaving.

The effectiveness of earnouts came up in several sessions with rather mixed reviews. Barring one or two exceptions, the consensus was that “financial earnouts” have not worked well. However, “milestone-based earnouts” have been useful in particular when it came to retention and strategic alignment efforts.

An example of the value placed on assessing a target based on its talent is Google. The company tries to interview all key engineering and technical talent at a target company. It has proven to be one of the most effective measures to gauge culture and ensure a successful integration.

Across-the-board acquirers tend to leverage employee satisfaction surveys and conduct leadership interviews, helping them assess gaps. Understanding what might be important to an incoming team allows the acquirer to know what to emphasize. This effort may also protect whatever “secret sauce” or “special culture” contributed to the success of the company. Being upfront with the target and clearly outlining what will and won’t change has proved helpful in easing the integration.

At the end of the day the word on the street still suggests most M&A deals fail to create optimal shareholder value. There’s growing evidence that a major contributor to this failure is not dealing effectively with people. In fact, Deloitte has estimated that 30 percent of deals lead to ineffective integrations due to cultural divides. Bain & Company has identified cultural integration as the number one cause M&A fails to achieve its promised value.

There is something fitting about ending an M&A post with a quote from Doug Conant, the former CEO of Campbell’s Soup. Maybe it is because good soup successfully combines and blends ingredients. A successful M&A deal also relies heavily on successfully blending talent.

Torben is Director, Market and Customer Engagement. Over the last 20 years Torben has worked in management consulting, finance and fintech across Europe, Latin America and North America. For the last 12 years Torben has been working in the San Francisco Bay Area. When he first came to the U.S. he worked for a Funds of Funds, invested primarily into the asset-based lending space. He then went on to be the director of business development for a financial technology company providing services to some of the largest mutual funds, pension plans and hedge funds in the world.