For the Q3 2019 edition of the Intralinks Deal Flow Predictor, we spoke to Professor Dr. Michael Lamla about China’s outbound M&A aspirations. 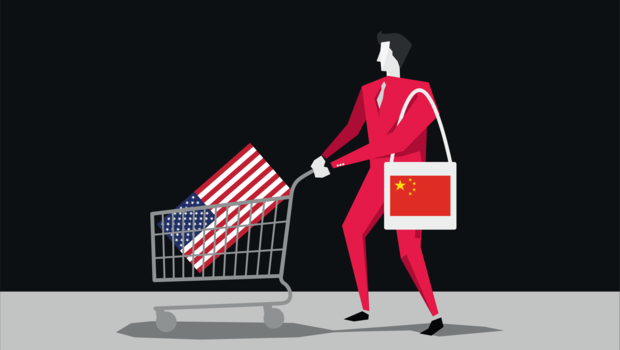 Lamla is head of corporate banking at Agricultural Bank of China (ABC) in Frankfurt am Main/Germany. ABC offers solutions in the fields of corporate lending, guarantees, trade finance, debt capital markets and EUR/RMB clearing. He previously worked for PricewaterhouseCoopers, BNP Paribas and Helaba Landesbank Hessen-Thüringen. Additionally, Lamla has been an honorary professor at the European University Viadrina in Frankfurt (Oder) since 2009 and is a lecturer at Sorbonne University in Paris.

Chinese outbound M&A activity for North American and European targets seems to have cooled down significantly since the peak in 2016.

Professor Dr. Michael Lamla: In my view there are three issues that, combined, explain the decline in outbound M&A activity stemming from China. Firstly, China has become much more selective about M&A deals struck by state-owned enterprises. Secondly, businesses are urged to look for financing for acquisitions locally in the market where they are planning to do the deals. And finally, there is a discussion about protectionism, which in practice is not nearly as serious as the media likes to make out.

Market access and technology are still the key drivers when it comes to Chinese buyers’ evaluations of European targets. Historically Chinese buyers often invested into turn-around situations. There are some very successful stories. Despite our high labor costs, production has been kept in Germany, R&D enhanced and exports to Asia increased, which is actually counterintuitive to what we might expect from Chinese investors. But now with positive deal experience, Chinese investors are also looking for larger, more established businesses to acquire.

Beijing announced new capital controls as of January 1, 2017, with the aim of reducing the outflow of currency from China. How are Chinese acquirers coping with these restrictions when buying foreign assets, and how are such deals being funded?

So far, deals have been funded as loans under guarantee. In loans under guarantee, the purchaser has an RMB line of credit or cash deposit in China and then the loan gets paid out in Euros by the European branch. Thus, the transaction relies on the credit worthiness of the buyer. What we are now seeing is more local funding based on standalone credit worthiness. This is not only happening for new but also for existing transactions that need to be refinanced. Agricultural Bank of China Frankfurt Branch has been involved in a number of such deals, especially the last year.

What do you think the perception is among Western sellers and targets to Chinese acquirers? Is there an increased risk premium attached to Chinese bidders in an M&A process?

There is clearly a positive perception of Chinese buyers, particularly in Europe. First, they come with a clear growth agenda. Second ,they rely very much on local management. While Chinese buyers may bring in a financial controller or a CFO, they will keep R&D, production, service and administration in the hands of existing local staff. This is a significant difference to the modus operandi of, say, private equity investors or a foreign trade player and obviously works in their favor in negotiations.

A few years ago, Germany’s Mittelstand – mid-size, family-owned or controlled industrial companies with world-leading market and export positions – were seen as attractive targets by Chinese acquirers, and quite a few deals were inked. Is this still the case that Chinese acquirers are perceived as welcome and good partners for those members of Germany’s Mittelstand which have succession issues?

In a succession situation, the vendor is usually looking for a clean exit. However, Chinese buyers often lack local management capabilities and so like to first engage in a joint venture or ask for a long management transition period. We have seen some very interesting deals coming out of Germany. However, if someone is looking for a swift exit, Chinese buyers – which take a co-operative approach – might not always be the right partner.

How can Chinese acquirers overcome the current climate of M&A protectionism which seems to be overshadowing their aspirations to do deals? Are there any strategic or tactical steps they can take? Is protectionism a country - or sector-specific issue, or part of a wider trend?

There is definitely talk about protectionism, but have there been many deals scuppered by it? No, I do not see that. If in the portfolio of a large corporate there is a critical product, that concern can quite often be addressed via a carve-out ahead of the deal. Actually, I have never seen a Chinese buyer launch a hostile takeover. We shall also keep in mind that local buyers are often constrained from doing a deal for competition concerns. Or the deal may not be of interest to local buyers as they already have the market access, leaving the Chinese as the most promising prospective investors.

Finally, what is your overall outlook on China and expectations for dealmaking in 2019?

As I mentioned before, market access and technology will remain the key deal drivers, but they are by no means unique to Chinese investors – all M&A is driven by these factors. When it comes to Chinese investors, we will see an ongoing focus on established companies.

Michael, many thanks for taking the time to talk to us.