Exclusivity was implied … or was it? 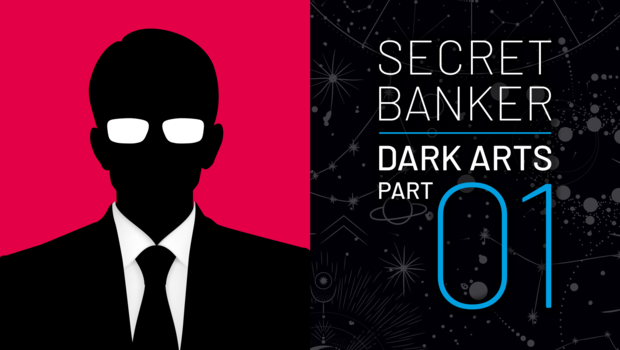 Welcome to the first episode of The Secret Banker, a four-part story on the dark arts of the virtual data room (VDR), where an ex-banker shares tales of VDR practices that they may have used on the sell-side or experienced on the buy-side. The series makes both the buy-side and sell-side aware of VDR tactics and their implications.

Sneaky sellers. Sneaky, sneaky sellers! After a good year of pitching – and just missing out – on the sell-side, our firm was mandated on a buy-side to acquire a smaller competitor. While relationships were good between our client and the seller, there was always a competitive edge. Both companies had co-existed and gone toe-to-toe in the market for years but were now in talks to move forward together following the potential acquisition. Spirits were high but negotiations were tough, with neither party willing to give an inch.

Initial discussions went well, and negotiations progressed steadily. After reading and analyzing the Information Memorandum (IM) from cover to cover, we couldn’t wait to get access to the VDR to do our own due diligence. As we all know, IMs can make any company look good.

We got the invitation to the VDR on a Wednesday evening, which was much appreciated, as many sell-sides give access on a Friday, ruining everyone’s weekend plans. Early signs were good! It was an Intralinks VDR – in my opinion, the easiest and quickest to use. 😉 Credentials entered, terms accepted, and we were in. Time to go to work.

Credit to the sell-side as everything was beautifully indexed. You know you've spent too long in banking when you refer to a VDR index as beautiful (beauty is a subjective thing, right?). I knew from experience on the sell-side that Intralinks auto indexes content upon upload, so I knew what to expect. (Incidentally, this saves a huge amount of time, as opposed to manually indexing each document yourself.)

Folder 1.0. VDR rules & guidelines: A nice touch to aid expectation, detail key contacts and assist new users of a VDR. I would definitely include that in my next sell-side VDR.

Folder 2.0. NDAs: A little unusual but still good. It can be useful to have in the VDR, all documents relating to single deal, and it can make post-deal audit a much simpler process.

I clicked into the NDA folder just to check ours …. only to find that the only document in the folder was document 2.4 — the NDA the company I was representing had signed!

Why was the seller hiding documents from us? We had assumed we were the only party in the transaction. Were other parties part of the buying process? Would we need to increase our indicative bid as there would be more competition?

Eventually the deal was done, but we never did find out if more parties were actually involved.

Was the seller manipulating the index numbers of the VDR to simulate increased competition? Who knows? It certainly raised alarm bells. But as I said at the start: sneaky, sneaky sellers!

M&A Activity in Greece Is Branching Out