The Demise of the Conglomerate?

Once powerful conglomerates were assembled through long-term M&A strategies. Is the unravelling conglomerate structure only affecting organizations in the West? 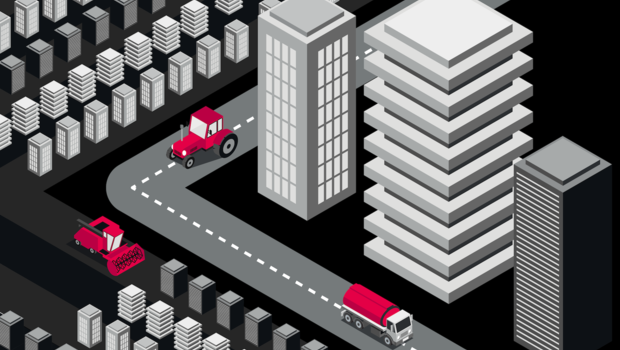 There is no denying it. Over the past 20 years the corporate world has undergone a central change and is still doing so. We talk about digitalization and the impact of artificial intelligence, bridging the gender pay gap and the glass ceiling that women encounter in the business world – all aspects that are changing the way companies do business. But businesses are also changing at a more fundamental level.

As recently as ten years ago, many larger businesses were multifaceted conglomerates, owning controlling stakes in a number of different, seemingly unrelated businesses: the U.S. giants GE and United Technologies, along with Germany’s ThyssenKrupp and Siemens, are well-known examples; some might argue that Warren Buffet’s Berkshire Hathaway falls into that category as well.

These business structures were largely assembled through long-term M&A strategies with the aim to “diversify business risk by participating in a number of different markets.” The structure allows conglomerates to build long-term resilience, for example, by riding out business cycles or using cashflow from one division to fund R&D in another.

Jerry Davis, a business professor at the University of Michigan who studies corporate organization, said: “Conglomerates once provided efficiencies that investors couldn’t get from unsophisticated capital markets.”

However, the cost of these benefits is the conglomerate discount, in which conglomerate firms typically trade below the sum of their parts. The prospect of “releasing” this discount as an immediate capital gain, along with increasing pressure from shareholders in search of yield – both long-standing, overall supportive institutional shareholders and short-term activist shareholders along the lines of Elliot Management, Wyser-Pratte and Cevian Capital – is forcing a change in the corporate landscape.

A flurry of divestment and restructuring programs, carve-outs and spin-off processes is reshaping the major industrial conglomerates of the world.

A trend in the market

GE is undergoing an extensive divestment program to address a significant amount of debt, ironically accumulated by its own extensive M&A program. GE’s former chairman and CEO, John L. Flannery, was quoted as saying that “everything” was on the table.

United Technologies, the U.S.-based industrial conglomerate known for its Otis elevator division, made headlines with its announcement to break the business into three separate entities. The company announced in late 2018 that it would spin off Otis as well as its Carrier building systems business. The remaining company, solely focused on aviation, is now led by jet engine maker Pratt & Whitney and recently acquired parts maker Rockwell Collins.

Siemens, a German industrial conglomerate, is also going through somewhat of a restructuring and divestment process, although CEO Joe Kaeser has rejected the idea that he is in the process of breaking up the company. That said, the carve-out of healthcare unit Healthineers along with the joint venture of its wind power business with Spain's Gamesa and the sale of its electric and hybrid-electric aerospace propulsion business to Rolls-Royce have gone a long way toward changing the look of Siemens.

The USD 63.2bn split of chemicals conglomerate DowDuPont into three separate specialized companies a mere three years after the merger of Dow Chemical and Du Pont is yet another example of this trend. In fact, global demergers reached their third-highest value on record, with 11 deals worth USD 98.3bn in H1 2019.

A company to watch is CNH Industrial, a capital goods provider based in the Netherlands, which is rumored to be another candidate ripe for a break-up.

One group of winners from this trend – aside from advisors and some types of investor – are private equity (PE) funds. Flush with cash after a record-breaking fundraising cycle, they are emerging as key buyers of assets coming to market.

Earlier this year, U.S. private equity firm American Industrial Partners acquired Current, a provider of energy efficiency and digital productivity solutions, from GE. Meanwhile, the PE sector was finally able to get its hands on Osram, the German lighting manufacturer spun out of Siemens, via an IPO in 2013. A consortium made up of private equity behemoths Carlyle and Bain launched an offer for the business in early July 2019 valuing it at EUR 3.4bn.

Assets such as these, which may have lingered unloved in a large conglomerate structure as a “corporate orphan,” offer private equity funds a fantastic opportunity to create value for their own shareholders and investors.

However, according to a senior M&A executive at a Japanese conglomerate, this too could change. “The expectation has to be that here too these structures are going to be broken up,” he said. “But I think this process is still a good 10 to 20 years off.”

Activist shareholders, meanwhile, are increasingly showing an interest in the Asian market – PAG Capital and Elliot Management being two examples – and it’s fair to assume that here too businesses will continue to come under pressure to streamline their operations.

Back in 2011 there were only ten shareholder activist-led campaigns in Asia; by 2017 this number had increased to 106.

The focus of activist campaigns so far has been on operational issues, such as with Japan’s Nintendo, where consistent pressure from Hong Kong-based hedge fund Oasis to make its games accessible on smartphones led to Nintendo’s runaway success with Pokémon Go.

Another example is Australia’s Alchemia, where Sandon Capital successfully campaigned for board changes following a string of losses at the biotech company.

In South Korea, meanwhile, we are seeing early signs of the chaebol structures coming under pressure to dismantle. Chaebols are business conglomerate structures that originated in South Korea in the 1960s, creating global multinationals with huge international operations.

M&A advisors should therefore turn their attention toward the East when on the lookout for new advisory opportunities.

As a final thought, it’s worth noting that while we’re currently seeing a decline of the traditional, multi-industry industrial conglomerates, we should not be hasty in entirely dismissing this business structure. Google, Amazon and Facebook, all of which have been on acquisition sprees, also fall into the category of conglomerates. We have yet to see where these new-economy tech businesses are going to take us.

As featured in the Q4 2019 SS&C Intralinks Deal Flow Predictor.