Managing the Transition from LIBOR to ARR: The Road Not Taken

The phase-out of LIBOR in 2021 means big changes to financial services. The impact on contracts will be particularly significant. Are you prepared? 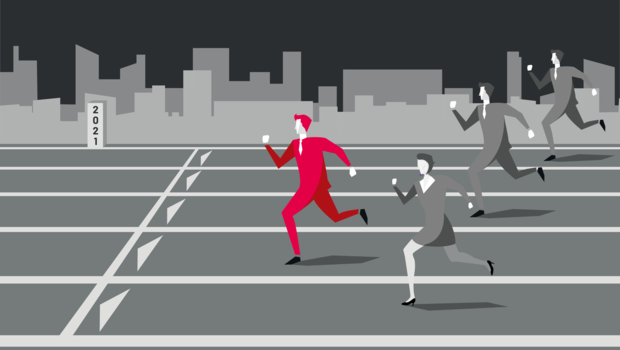 Have you ever read the fine print on your home equity loan? Chances are good that if you have a variable rate, it’s based on an IBOR rate plus a percentage. IBOR (Interbank Offered Rate) is based on the interest rate that global banks use to lend money to each other for short-term loans. The rate is then used as the baseline for financial instruments ranging from student loans to complex derivatives. LIBOR (London Interbank Offered Rate, a subset of IBOR) is the most widely used benchmark, a globally accepted key benchmark interest rate with over $400 trillion worth of contracts based on its numbers. LIBOR is set daily at 11:45 am London time.

The rate, a trimmed average, is arrived at by asking a panel of banks – a combination of 16 major banks comprise the panels for the U.S. dollar and euro LIBOR rates – what they would charge other banks for short-term loans. The high and low numbers are thrown out (trimmed) and the remaining numbers are averaged to arrive at the LIBOR rate.

And therein lies the rub. Arriving at a reference rate by asking banks the interest rate they would charge, rather than basing the rate on actual transactions, gives a perception that the rate can be easily manipulated. This perception has put LIBOR on thin ice since the 2008 financial crisis when a LIBOR scandal came to light.

An investigation conducted in 2012 revealed multiple global banks had colluded to manipulate LIBOR rates to increase profits on derivatives trading as far back as 2003. On top of that scandal, the U.K. government pressured U.K. banks to lower the LIBOR rate to make the U.K. banking system appear more stable during the 2008 financial crisis. As a result, regulators in the U.S., the U.K., and the European Union levied more than $9 billion in fines for manipulating LIBOR. Criminal charges were filed against several traders and brokers, several bank employees were dismissed because of their actions, and a handful of employees were convicted.

Many SaaS document collaboration solutions have intuitive APIs that can extend the core SaaS collaboration platform. With these APIs, LIBOR portals can be built to provide intuitive status dashboards that can also serve as a hub for exchanging documents with customers, external counsel, and regulators.

With the efficacy of LIBOR in question amid the public’s demand for reform, the Financial Conduct Authority (FCA), the U.K. regulator responsible for LIBOR, announced that it will discontinue LIBOR by the end of 2021.

ARRs (Alternative Reference Rates) are predicted to fill the gap left by LIBOR in 2021. ARRs are based on a high volume of actual transactions and thus are hard to manipulate.

In July 2019 the U.S. Securities and Exchange Commission warned of potential speed bumps during the transition specifically related to existing and new contracts, noting that “the expected discontinuation of LIBOR could have a significant impact on the financial markets and may present a material risk for certain market participants, including public companies, investment advisers, investment companies, and broker-dealers … The Commission staff encourages market participants who have not already done so to begin the process of identifying existing contracts that extend past 2021 to determine their exposure to LIBOR.”

The road to transition from LIBOR to ARR, however, travels through a dark forest of contracts – hundreds of millions – that need to be found, shared and reviewed by attorneys, bankers and regulators by 2021. Each contract contains highly confidential information. As such, they should be encrypted in transit and at rest with role-based restricted access. And to meet regulatory requirements, every action taken to transition these contracts needs to be audited.

One road comprises several unsecured communication channels. This road is frequently traveled by bank staff due to familiarity rather than security or efficiency. This multi-channel road – FedEx shipping, SFTP, encrypted email, USPS fulfillment – is rife with potential data loss and is expensive, unintuitive and time-consuming. It also lacks granular permissioning, audit trails and compliance reporting. The multi-channel road is more likely to exacerbate LIBOR transitioning issues than facilitate it.

The other road, secure SaaS document collaboration solutions, are already widely employed by the very same staff needed for LIBOR transitioning – bankers, lawyers and regulators. These solutions (including Intralinks) are used by banks for highly confidential, document-intensive processes such as M&A due diligence, wealth management, debt capital markets and regulatory reporting. They provide the advanced encryption, intuitive document collaboration, granular permissioning, audit trails and compliance reporting required for efficient LIBOR transitioning. Employing these solutions for LIBOR is a simple matter of configuration.

Moreover, many SaaS document collaboration solutions have intuitive APIs that can extend the core SaaS collaboration platform. With these APIs, LIBOR portals can be built to provide intuitive status dashboards that can also serve as a hub for exchanging documents with customers, external counsel, and regulators.

The dark forest of LIBOR transition between 2019 and 2021 looms ahead for banks. As two roads diverge, leading banks are finding that taking the road less traveled “has made all the difference.”