RIP Your M&A Deal: How to Avoid Abandoned Acquisitions

We often hear about megadeals and unicorn startup acquisitions, but what about the M&A deals that fail to close? 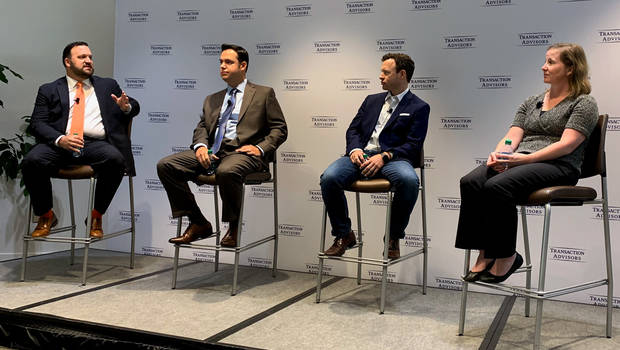 At the Transactions Advisors M&A Conference 2019 held at the University of Chicago in late September, I moderated “Avoiding Abandoned Acquisitions,” a fascinating panel of several esteemed dealmaking professionals who came to discuss why some deals don’t proceed to closing.

(You can read our Abandoned Acquisitions report produced in association with the M&A Research Centre at Cass Business School, City, University of London here.)

I was joined by Sarah Arendsen, senior director corporate development and strategy at Kellogg Company; Hugo Dubovoy, VP, corporate secretary and chief corporate and securities counsel at W.W. Grainger; and Jared Sine, chief legal officer at Match Group. Each had their own cautionary tale to impart to the audience.

According to Intralinks data, 20 to 30 percent of M&A deals that reach the diligence phase don’t complete, which translates to a huge cost for all parties involved. Many dealmakers have these experiences. One panelist talked about a deal in Brazil where tax became a concern in the diligence process. Even after hiring a local financial advisor to consult on Brazilian tax law, the deal team decided there were far too many discrepancies and potential tax liabilities that could almost equal the entire purchase price itself.

One obstacle that curtails numerous deals like the Brazil transaction is a country’s regulations. For example, one panelist said antitrust concerns are hard to maneuver from an administrative standpoint because the deal can’t get over regulatory hurdles. Deals in a highly regulated industry face heightened scrutiny and rigorous hoops to jump through. In the U.S., in lieu of CFIUS, inbound acquisitions by Chinese firms are guaranteed to be closely scrutinized by the U.S. government.

Another factor common among failed transactions is deal size. Referencing the abandoned $1.4 billion merger between LSC Communications and Quad/Graphics in July that failed due to an antitrust suit filed by the U.S. Department of Justice, significantly larger deals in consolidating sectors will certainly get the attention of regulators.

It was agreed that every deal is a “snowflake” and it’s up to deal teams to gauge whether or not “the juice is worth the squeeze.” Those involved in the process should trust their ‘spidey sense’ if they feel something is amiss – as it usually is in those cases.

One panelist pointed out how smaller deals can oftentimes be challenging to execute because these companies have fewer resources and experience compared to larger targets. Additionally, the seller’s typical outside counsel and advisors might not have as much experience in deals, which can cause additional friction. It was agreed that every deal is a “snowflake” and it’s up to deal teams to gauge whether or not “the juice is worth the squeeze.” Those involved in the process should trust their ‘spidey sense’ if they feel something is amiss – as it usually is in those cases.

To avoid these types of deal debacles, the panelists shared some red flags to look out for during the deal process. If a target isn’t willing to share information until later in the deal, that could indicate that it’s withholding something. Encouraging transparency with the target and the rest of your teams will reduce the amount of imperfect information in the deal. Another interesting topic related to conflicts concerning IP infringement post deal failure. To ensure you avoid potential litigation, you can require specific team members involved in IP or customer diligence to stay away from similar internal projects for a year or more – but make sure everyone understands and weighs in on the possible implications to the business before enacting such a policy. Other useful nuggets of advice offered were: to keep valuation discussion to a very small executive team, build protections in case of a deal leak – if a banker leaks a deal, then their fee is impacted – and incentivize core management to keep the negotiation confidential and stay focused on closing.

Dealmaking can be complicated, but it doesn’t have to be impossible. With the right strategy, teams and tools, you can get your deal done fast.