The CLO market is finishing another strong year, and many predict outsized returns (>200 bps) in the coming years. But others see alarming parallels with CDOs and last decade’s financial meltdown. 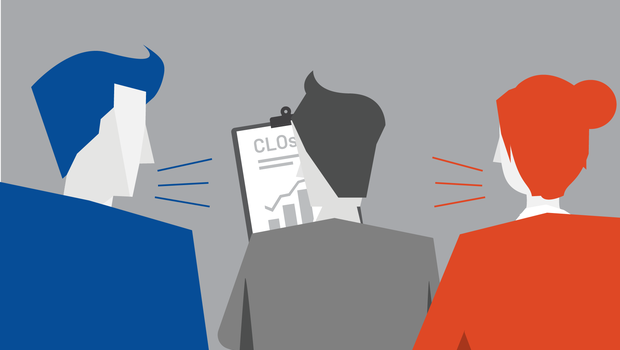 Collateralized loan obligations, or CLOs for short, have been in the news a lot lately. CLOs package together high-risk corporate debt and are then sold to institutional investors seeking potentially substantial returns. Since they’re structured much like CDOs (collateralized debt obligations), which were comprised of subprime mortgages and blamed for the financial meltdown a decade ago (remember The Big Short?), some are raising concerns about a potential crisis. I pored through the news, spoke to colleagues and clients, and attended events (most notably ABS East in Miami last month) to find an answer and gain a holistic perspective on the topic.

Are CLOs fueling an impending crisis? The case against CLOs.

Counterpoint: CLOs are not CDOs

Whether the CLO markets falter or flourish remains unknown, but investors seeking yield in an increasingly low rate, low return environment will continue to create demand. If CLOs are here to stay, the industry can draw comfort from some significant takeaways:

Intralinks is a preferred VDR for CLOs and other structured finance transactions and supports 17g-5 reporting. Contact us to learn how our VDR technology facilitates secure, efficient, and 17g-5 compliant CLO transactions.

Sean Stack is an account executive on the banking and securities team at Intralinks in New York.  Sean is responsible for assisting clients in the debt and equity capital markets with the secure exchange of information.  Prior to joining Intralinks, Sean worked with corporates and financial institutions to provide a variety of deal lifecycle solutions in the credit space.