6 Things to Know About LIBOR Transition Heading Into 2020

Regulators and central banks spent much of 2019 rallying the financial world to make progress on transitioning out of the London Interbank Offered Rate (LIBOR). Letters to CEOs, transition guidelines, fallback language recommendations – did they work? We look back at developments in LIBOR in 2019 and highlight six things to keep in mind as preparations ramp up in 2020. 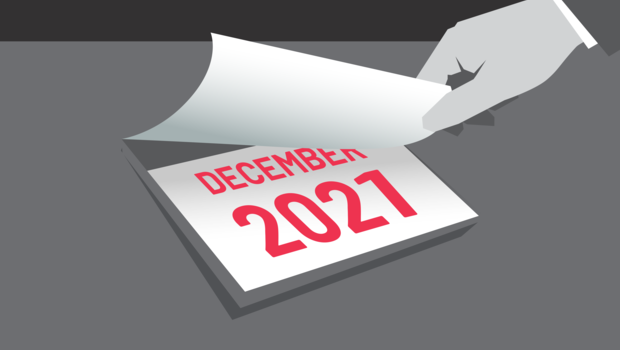 1. Big banks are doing better than smaller lenders in transitioning away from LIBOR.

With more resources, relationships and frequent contact with regulators, experience in adjusting to new laws and shifting sentiment in the financial industry – larger, global investment banks are generally better positioned than their smaller counterparts in the transition out of LIBOR. Another contributing factor: Some of these big banks were involved in and fined heavily for LIBOR manipulation, and/or will face even more financial consequences for resisting the LIBOR transition. In a recent survey, 70 percent of investment banks said they are very (30 percent) or somewhat (40 percent) prepared for LIBOR transition.

On the other hand, smaller lenders – including regional banks, hedge funds, business development companies – are struggling. For regional banks, using LIBOR alternatives such as the Secured Overnight Financing Rate (SOFR) would be to their disadvantage; it could force these banks to “lend at low rates while their own borrowing costs are rising.” Another type of small lender are business development companies, or BDCs – closed-end investment firms that invest in small- to mid-sized as well as distressed businesses. In that same Debtwire survey, 75 percent of BDCs said they were not well prepared for the end of LIBOR.

Given a limited pool of resources compared to big banks, it’s understandable that these smaller lenders would be less prepared – but their size should allow them to be nimbler and act quickly to meet the 2021 deadline.

2. Derivatives account for more than 90 percent of contracts linked to LIBOR.

According to data from the Alternative Reference Rates Committee (ARRC), derivative contracts represent about USD 190 trillion of USD 200 trillion in debt linked to LIBOR in the U.S. One of the biggest challenges for the derivatives market cited by participants in the Debtwire survey “would be coping with the mismatch between cash products and swaps.”

Lack of clarity on post-LIBOR trading plagues the derivatives industry: In November 2019, the Financial Stability Board (FSB) in the U.K. called on the International Swaps and Derivatives Association (ISDA), a global derivatives industry body, to provide fallback language that will apply when LIBOR becomes unrepresentative and combine that with language for LIBOR ending permanently. Meanwhile, ISDA wants clearing houses to confirm that “they will change their entire portfolio of cleared derivatives to reference a safer rate” if LIBOR becomes unrepresentative.

Outside of derivatives, there are trillions of other debt instruments exposed to LIBOR, affecting consumers, institutional and retail investors: syndicated loans, mortgages, asset-backed securities, and collateralized loan obligations. An estimated USD 36 trillion in LIBOR-linked issuance matures after 2021.

3. European bond markets are ahead of the rest of the world in terms of non-LIBOR new issuance.

As of July 2019, more than GBP 27.4 billion in new bond issuances referenced the Sterling Over Night Index Average (SONIA) (International Banker, December 2019). This alternative to LIBOR is “pretty well embedded and increasingly used by floating-rate note issuers and derivatives counterparties” in the U.K.

Meanwhile, the adoption of SOFR as a replacement rate in U.S. markets has not found as much success. This may be due to lingering uncertainty around the convention for SOFR issuances in bond markets, as well as skepticism around “a rate that references overnight repo rates backed by U.S. Treasuries” – the spike in repo rates in September 2019 did not help.

SOFR has its pros and cons, as noted in the Debtwire survey: 41 percent said SOFR’s most important advantage versus LIBOR was its “deep and liquid trading.” One respondent, a COO of a New York hedge fund, said, “As an alternative to LIBOR, we are focusing on SOFR, because it uses frequent trading data.” When asked the main risk of adopting SOFR, an overwhelming 77 percent cited “difficulty aligning cash products and risk-offsetting swaps.”

KPMG recently surveyed banks operating in Hong Kong, Indonesia, Malaysia, the Philippines, and Singapore and found that they’ve made little to no progress on LIBOR transition: “Impact assessments have not been conducted, exposures have not been quantified, system readiness has not been gauged, and the re-working of contracts – and the associated client outreach – has yet to begin” (KPMG, November 2019). Those banks in Hong Kong and Singapore, as well as those that are foreign subsidiaries, were slightly ahead of their peers in terms of transition planning and/or quantifying their LIBOR exposures.

A major reason for slow progress in APAC is the lack of guidance from central banks in terms of the necessary adjustments to manage foreign interest rates going forward. Central banks and regulatory authorities need to address this immediately, particularly for developing economies in this region. These markets tend to be heavily dependent on trade, and trade finance and funding involve foreign currencies referencing LIBOR.

Tom Wipf, chair of the ARRC, wrote the above in a recent column on Bloomberg as he made the case for ending the use of LIBOR and moving to SOFR (in the U.S.) as quickly as possible. Time is running out, yet many believe (and probably hope) that the financial world will continue to voluntarily support and publish LIBOR well past the 2021 deadline. This is a dangerous scenario, according to William De Leon and Courtney Walker of PIMCO: “If existing trades continue to reference the old LIBOR, there is a risk that a bifurcated market will develop which may severely affect end-users and result in punitive impacts to valuations.” Bank treasurers at regional banks – where LIBOR transition preparation is limited – are resistant to SOFR and are holding out for a reprieve. Again, this is extremely risky given their lack of readiness; it will be extremely difficult to make up for the lost time needed to prepare for December 2021.

Banks in Asia-Pacific that are extremely behind on transition work are exposing themselves to legal risk if they are continuing to issue IBOR products knowing that the rate will change. These banks need to focus on IBOR transition as soon as possible or risk even more legal headaches, as well as the higher costs associated with expedited efforts to meet the 2021 deadline.

6. At the very least, review contracts and be prepared to incorporate fallback language.

Since LIBOR has been used globally for so long, it’s been a struggle to transition to alternative rates, to say the least. If it’s absolutely necessary to enter new LIBOR-referencing contracts at this point, Tom Wipf advises incorporating the fallback language released by ARRC. This “will help market participants safeguard their contracts should LIBOR no longer be available” (Bloomberg, December 6, 2019). Without these safeguards at the very minimum, LIBOR-exposed instruments (including the huge bucket of derivatives and forwards) risk becoming less liquid as the 2021 deadline draws near, and issuers could eventually face long and expensive legal disputes with counterparties.

Some evidence that fallback language is key in transition out of LIBOR:

With only about two years to go, banks, bank treasurers, risk professionals, tax accountants and LIBOR transition professionals need to accelerate to complete the work ahead of them. An enormous number of contracts need to be reviewed, flagged, updated with fallback language and/or new reference rates. This activity – contract review and remediation – is one of the most important steps in LIBOR transition.

Visit our LIBOR for resource page to learn more on how we can help with your organization’s LIBOR transition. Take our short quiz to find out how much you know about LIBOR, and you could win a Starbucks gift card!