NA takes last year’s rebound – and runs with it. 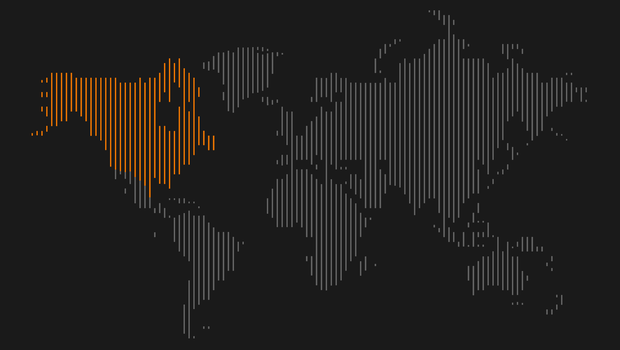 The Q1 SS&C 2020 Intralinks Deal Flow Predictor is out – and here’s what’s ahead for North America in the coming six months.

As in H2 2019, NA is mirroring APAC in prospective mergers and acquisitions (M&A) new deal announcements, riding a wave of promise that took hold last half.

The expectation, based on the most recent predictive analysis models by Refinitiv1 and Intralinks, sees a growth of 7 percent YOY for Q1 2020; the range is +15 to 0 percent.

Much of the boost in dealmaking is expected to be seen in Canada. For all of NA, however, many sectors show significant strength: Technology, Media & Telecoms (TMT), Healthcare, and Materials. It’s a slight change from Q4 2019 – where Energy & Power, Materials, and Consumer & Retail were leaders.