Although mergers and acquisitions (M&A) dealmakers can’t see the future per se, they can anticipate upcoming trends based on history and patterns in the market. I asked my colleagues in Intralinks product marketing to share major predictions for the upcoming year, based on their expert knowledge of the marketplace. 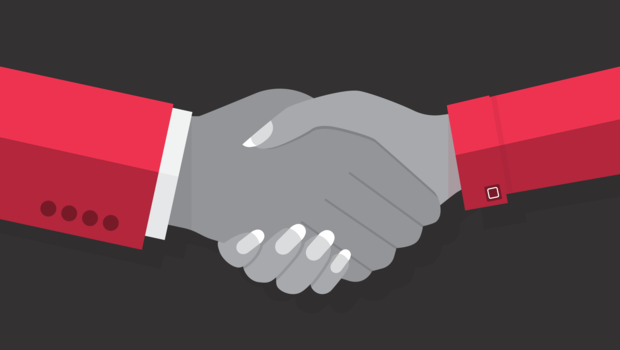 1. There’s no stopping the surge of M&A

Brian Hwang, director of partnerships, explains that the M&A environment has withstood hardships in 2019, indicating it can weather the potential headwinds that 2020 may bring. “The M&A markets have been rather bulletproof the past few years, and we don’t see any signs of abatement going into 2020,” Hwang says. “We’ve seen the trade war with China, renegotiating NAFTA, Brexit, European populism – all of these threats don’t seem to faze dealmakers as we’ve seen record-breaking early-stage M&A activity through 2019 and going into next year.”

Elizabeth Lim, senior intelligence analyst, points out that the increased pressure for companies to perform well will incite even more deal activity, particularly among larger companies and firms. “We could see more megadeals in 2020 as companies continue to battle each other in order to survive,” she says. Similarly, the volume of middle market mergers will likely grow. Justin Nowicki, senior manager of product management, says, “Mid-market corporations are more active in M&A – both acquiring and divesting – than they were five to ten years ago, and this will continue to be a growing segment in 2020.”

Matthew Wells, VP of product marketing, predicts that “acquiring technology and/or other capabilities will be a focus of corporates” in 2020, as companies look to drive productivity in the face of increased competition. Justin anticipates that we’ll see a similar trend amongst banks, pointing out that as banks compete against each other to attract and retain talent, they will acquire technology to drive efficiency.

One big wildcard in 2020 is the U.S. presidential election, which could produce a worldwide ripple effect. Matt sees it as “the wildcard during the second half of the year, potentially impacting the global economy.” A key indicator to keep an eye on come election day will be the bond market. Brian elaborates that the “fairly solid democratic-socialist base of contenders challenging Republicans and the rise of corporate debt and the threat of defaults as maturity dates approach” could impact the economy. “The bond market and debt rates are key economic indicators for sizing future deal flow and how much executive confidence there will be to finance bolder and more transformative acquisitions.”

Despite a year filled with economic uncertainty, 2019 has witnessed record-breaking transactions, especially in the tech and healthcare spaces. While those trends are likely to continue into 2020, it will be interesting to see how events such as Brexit and the U.S. election ultimately affect deal volume.