An undisputed legend on the court, he was co-founder and general partner of Bryant Stibel, a firm whose venture capital fund loomed large in tech. 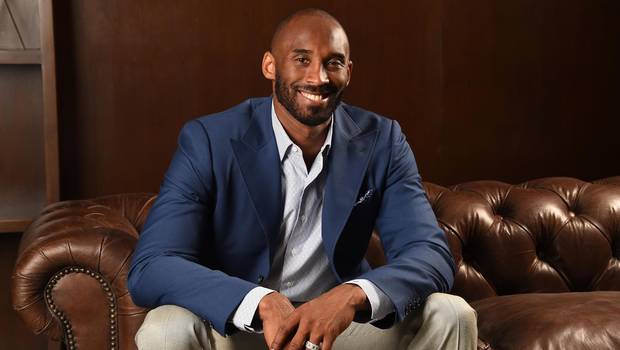 The world is coming to terms with the tragic passing of former NBA legend Kobe Bryant, 41, who died in a helicopter crash on a hillside in Calabasas, CA, along with his 13-year-old daughter, Gianna, on Sunday. They were among nine killed in a crash that occurred in foggy conditions about 30 miles west of Los Angeles. The cause of the horrific crash is under investigation.

In his two-decade career with the Los Angeles Lakers, Kobe won five NBA championships, an NBA MVP award, 18 NBA All-Star selections and two Olympic gold medals for men’s basketball in 2008 and 2012. His success was driven by a diligent and relentless work ethic.

"For 20 seasons, Kobe showed us what is possible when remarkable talent blends with an absolute devotion to winning," NBA Commissioner Adam Silver said in a statement. "He was generous with the wisdom he acquired and saw it as his mission to share with future generations of players."

With an eye to post-basketball life, Kobe (a.k.a. Black Mamba) co-founded venture capital firm Bryant Stibel with Web.com founder Jeff Stibel in 2013. After retiring in 2016, Kobe embraced his second act as a general partner with open arms.

The following year, he formed Kobe Inc. to develop brands with the potential to disrupt the sports industry. While transitioning to the role of investor came with challenges, his business acumen proved to be spectacularly strong. Case in point: Kobe’s USD 6 million investment in Bodyarmor sports drink grew to USD 200 million when Coca-Cola acquired a minority stake with a path to full ownership in 2018.

At the time of Kobe's death, Bryant Stibel had more than $2 billion in assets, with investments in media and technology companies including Epic Games, Scopely and The Honest Company, and several successful exits under their belt. Three investments – Dell, Alibaba and National Vision – went public.

Reaction to Kobe’s death from his professional peers was swift and revealing:

An all-time legend, and our friend and supporter. Our thoughts are with all of the families affected by the tragic accident today. You will be missed, @kobebryant. pic.twitter.com/FzhNl5ndau

Words cannot express the heartbreak we feel right now. Kobe Bryant was more than a legend to us. He was an incredible friend to the entire BODYARMOR team and a devoted family man & father. Our thoughts and prayers are with Kobe’s family and everyone affected by this tragedy. pic.twitter.com/d85ULa2HyX

An iconic athlete, business person, and storyteller, Kobe influenced the world beyond Los Angeles. As a LegalZoom investor he provided intuition, a sophisticated perspective, and his characteristic drive for excellence. We are holding the families of all the victims in our heart.

In a testimonial posted on Bryant Stibel’s website, LegalZoom CEO John Suh said, “They literally are there saying, ‘We don’t need credit, but we do want to add value because we are equity holders.’ And I think that only comes when both the company and our partner are tremendously confident in each other’s capabilities.”

Kobe Bryant accomplished much in his too-short life. He was by no means perfect but saw his mistakes as teachable moments and lessons in humility.

“Unfortunately and fortunately, I failed quite a bit,” he said in an interview in 2016. “But I understand that’s the process of succeeding. I’m not one that believes in failure. I believe you have setbacks. You have to learn from those – those landmines you can avoid next time.”

On the basketball court or in the boardroom, there will never be another.