Last month in Davos, Goldman Sachs CEO David Solomon announced that, beginning this summer, the firm would no longer take U.S. and European companies public unless they have at least one diverse board member. Moreover, the new policy emphasizes the inclusion of women. And, beginning in 2021, the bank will require at least two diverse members. Solomon went on to note that companies with such makeups tend to make better business decisions. Data supports this idea. 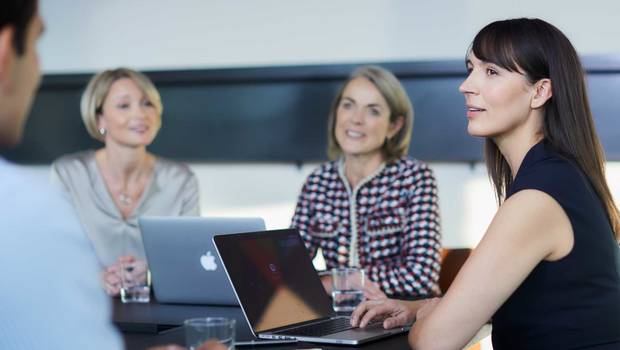 In a newly-released SS&C Intralinks study, Gender Diversity and M&A Outcomes: How Female Board-Level Representation Affects Corporate Dealmaking, researchers at the M&A Research Centre (MARC) at Cass Business School in London, conducted a study on the financial performance of companies with at least one female board member versus those without one and also those with female CEOs.

They found that the operating performance of public companies with a female CEO and/or board with at least 30 percent female members had better financial outcomes than companies with all-male boards or low percentages of female board members.

Conversely, the Cass researchers found that the investor reaction in the market was worse than when companies had a male CEO or all-male board, indicating the presence of bias in the perception of female-led decision-making.

The study, conducted by Dr. Valeriya Vitkova and Professor Scott Moeller, took a look at 16,763 global M&A transactions that were announced by publicly-listed acquirers over a 20-year period from 1998 to 2018 and which involved acquisitions with a controlling stake valued above USD 50 million, or where the sales of the acquirer or target were at least USD 50 million.

I had a chance to catch up with Valeriya and Scott to ask them about their study and what they found most interesting about what they learned as a result.

SS&C Intralinks: Please tell us a little bit about your background and what led you to research mergers and acquisitions and more specifically to this topic on corporate board diversity.

Valeriya Vitkova: In Scott’s case, he has worked in the industry for many years doing M&A both as a principal and advisor. I have also been involved in research related to all aspects of M&A during the past 10 years. The subject of gender diversity in the corporate world has attracted significant media attention and public debate. Some academic studies have shown that gender diversity at the management level can significantly impact company policies and performance. We found that this kind of analysis had not been performed with a global sample and a long-term perspective in the context of M&A deals and thought that this gap in the current body of knowledge was worth addressing.

“We were surprised to find that the market does not reward companies with better management and board gender diversity with a premium at the time of the deal announcement, and especially as the longer-term performance should have them do so.”    – Dr. Valeriya Vitkova, research fellow at the M&A Research Centre at Cass Business School

Can you tell us about your methodology?

Val: We analyzed these transactions for two sets of acquirer performance factors. The first set was the reaction of the public equity markets to these deals, including short-term share price performance and longer-term shareholder value creation. The second set was how the operating performance of the acquirers changed following their acquisitions, including sales growth, profitability and return on capital.

We then further analyzed how these two sets of performance factors varied depending on the level of gender diversity of the board of the acquirer. We also looked at the types of deals done by acquirers with different levels of gender diversity to see if we could identify any decision-making drivers of the performance variations.

What originally sparked your interest in this topic – e.g. was there are a particular case or company you came across that you were interested in exploring?

Scott Moeller: The topic of good corporate governance is one that has been a theme in M&A academic literature since a seminal study in the mid-1980s, yet this did not look at gender diversity. In the context of gender diversity, although there are many management studies that look at the impact of gender diversity on company performance, none of these did so with a focus on that performance following an M&A deal. Therefore, in discussions with Intralinks, we noted this lack of recent rigorous research linking M&A and gender … and decided it would be both timely and interesting to determine whether gender diversity does impact M&A success.

“The main takeaway from our analysis is that more gender-diverse leadership teams can make better M&A decisions that can lead to better deals.” – Professor Scott Moeller, director of the M&A Research Centre at Cass Business School, City, University of London

Is there anything that surprised you about your findings?

Val: As much of the recent existing management literature has described the advantages of gender diversity on corporate success overall, we were expecting to find the same in M&A success, both over the short-term (that is, the immediate reaction of the investment community, as reflected in share price movement following the deal announcement) as well as over the medium (1 year) and long-term (2+ years). We were surprised to find that the market does not reward companies that have better management and board gender diversity with a premium at the time of the deal announcement, and especially as the longer-term performance should have led them to do so.

What do you think about David Solomon’s recent statement that Goldman Sachs will not take public any company whose board does not have at least one “diverse” member?

Val: This is, of course, an interesting and very recent development. Will other advisors follow? And only time will tell if an advisor is willing to sacrifice a large fee for this principle. That said, a natural extension of this policy would be that the same advisors adhering to such a principle for IPOs should then also refuse to represent acquiring clients on an M&A deal where their client’s board is also not "diverse.” Note that this is not as critical an issue on representing target company boards that lack diversity, as those target company boards will cease to exist following the acquisition.

What can dealmakers and shareholders alike learn from your research?

Val: The main takeaway from our analysis is that more gender-diverse leadership teams can make better M&A decisions that can lead to better deals. Dealmakers can rest assured that diversity in the long term will be rewarded, now proven by this study to be so for M&A. Any declines in share price at [the] announcement that can be attributed to the uninformed expectation that gender diversity is not important in M&A should reverse once actual company results post-deal start coming in. Of course, it’s critical to note here that no amount of gender diversity will turn a strategically bad or overly expensive deal into a good deal.

Are there additional analyses that this research may have inspired with which you’d like to follow up?

Scott: This is a long-term study that has allowed us to tease out trends over time and regionally. But the pressure on companies to diversity their management teams and boards have accelerated over the past few years. Regulators and activist investors are now publicly pressuring and indeed requiring (in the case of new regulations or codes of practice (such as the U.K.’s 30% Club regarding female board representation) that companies' management and boards become more diverse. Thus, we would expect that there may be more robust analysis needed in a few years of these recent developments to see if they do produce a change, especially in the perception of investors when a deal is announced.

As an increasing number of companies begin to engage in conversations about the value of more gender-balanced boards, hopefully, studies such as this will help corporates and shareholders become aware of biases in the market as well as of the continuing value of corporate diversity.