As infrastructure investing has become more globalized and technology-led, national security concerns are being raised. 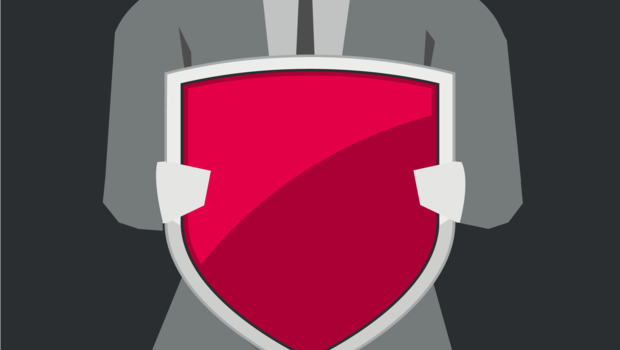 Infrastructure has always been a significant area of investment, a space in which governments and the private sector often work together to achieve mutual objectives.

However, as infrastructure investing has become more globalized and technology-led, national security concerns are being raised in relation to an increasing number of transactions – in a nutshell, governments are seeking tighter oversight on who owns businesses involved in infrastructure deemed to be of national or strategic significance.

Despite this background, many M&A professionals feel that infrastructure is receiving more attention as an investment class and has the potential to attract increasing focus from private equity, one practitioner claimed. All this merits a closer look at this space. Given the USD 1 trillion infrastructure investment promised by Donald Trump in his 2016 presidential campaign, and China’s ambitious Belt and Road Initiative (BRI), it is no surprise that the infrastructure space is a hot spot. The sector is experiencing a shift from public to private investment as governments in several countries choose to privatize public infrastructure such as roads, rail systems and telecommunications networks. Private investors and even state-owned enterprises from other countries are stepping in to fill the gap.

As mentioned, private equity is increasingly focusing on the space. One example is the move by EQT Partners’ infrastructure investment advisory team to partner with Temasek, a Singapore government-owned investment company, two years ago. Together, EQT Infrastructure and Temasek will investigate investment opportunities in Southeast Asia, India, South Korea, Japan, Australia and New Zealand. The ambition is to identify interesting companies with existing assets within communication, transportation, energy, environmental and social infrastructure with a potential to grow, develop and transform.

Attractive targets are sought after and fought over and, along with private equity, institutional investors are showing a growing interest in directly deploying funds into the space. For example, in 2017, Ontario Teachers’ Pension Plan invested USD 2 billion in a new partnership with Anbaric, a major U.S. developer of clean energy transmission and microgrid projects, to create a new development company, Anbaric Development Partners. The partnership is aimed at developing clean energy infrastructure projects in North America, accelerating the revitalization of aging transmission networks.

As infrastructure investing has attracted increasing interest from cross-border acquirers, national security concerns are being raised and, as a result, the growing involvement of Chinese players in the space has not been without challenges.

These examples – and there are many more – illustrate the attractions the space holds for a variety of investors looking for relatively stable, non-cyclical returns that are ideal vehicles for debt-heavy capital structures.

Asian, and particularly Chinese, investors are set to play a crucial role in the development and expansion of the sector. China’s multi-billion BRI is seeing Chinese companies and state-owned enterprises invest in infrastructure projects in more than 70 countries around the world. Expectations are that China will be spending more than USD 1 trillion on this ambitious and long-term development project, which has been likened to the post-World War II Marshall Plan. However, estimates on what has been spent so far differ greatly with one analysis putting it at USD 210 billion, mainly invested in Asia.

However, as infrastructure investing has attracted increasing interest from cross-border acquirers, national security concerns are being raised and, as a result, the growing involvement of Chinese players in the space has not been without challenges.

Concerns regarding Chinese companies’ acquisitions of assets in Australia, Europe and North America have been mounting, with several high-profile transactions blocked by governments.

The German response to Chinese companies’acquisitive endeavors has been to a certain degree emblematic of developments in other established economies.

When, in May 2016, Chinese industrial group Midea spent close to USD 3 billion on the acquisition of industrial automation company KUKA, the deal was welcomed with open arms in engineering powerhouse Germany. However, after several other Chinese initiated transactions, the mood soured amidst concerns of a “technology drain,” which could lead to a decline in Germany’s position in the engineering top table. By the time of Fujian Grand Chip Investment Fund LP’s bid for German semiconductor maker Aixtron, just a few months later, market sentiment had changed to such a degree that the German government withdrew its initial approval based on concerns raised by the U.S. government. It is difficult to deny talk of growing protectionism given these events.

Following in the footsteps of the Committee on Foreign Investment in the United States (CFIUS), the U.S. body that reviews the national security implications of foreign investments in U.S. companies or operations, the European Union has beefed up its foreign direct investment screening regulations, which will take full effect in November 2020. The aim is to protect assets that are deemed to be of strategic importance to the EU. A key aspect of the strengthened regulations will be the information-sharing provision between EU member states. The nixing of the Aixtron deal is an example of how a deal can end up being blocked even if the “host nation” does not have a concern with the transaction itself.

Another Chinese company that has run into difficulties over its involvement in the infrastructure sector is telecoms equipment supplier Huawei, which aims to supply hardware to the global 5G mobile network. The company encountered political difficulties in the U.S., and its European prospects remain unclear while the EU develops a new strategy on 5G and cybersecurity.

The concerns raised – such as increased exposure to attacks, more potential entry points for attackers and the risk profile of individual suppliers – again show the challenges facing investors in the infrastructure space.

Because of the strategic importance of infrastructure and its close relationship with national security, it must be expected that deals in this space will attract increasing amounts of scrutiny. Dealmakers will therefore have to take particular care and allocate extra time to ensure they are able to take full advantage of the vast opportunities in the space.