Could the Coronavirus Outbreak Spur M&A Deals in the Biotech and Pharmaceutical Industries?

As concern over the spread of COVID-19 grows around the globe, one area that has received a significant amount of attention has been the effect on the global economy. 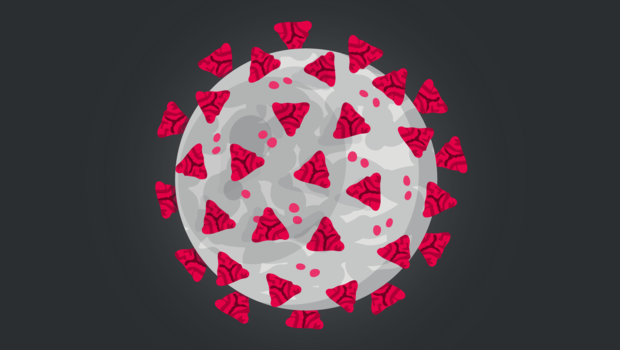 In addition to the emergency half-point interest rate cut by the U.S. Federal Reserve earlier this month, central banks in Malaysia, Australia and Hong Kong have also adopted rate cuts in the face of a global slowdown, with China potentially following in the near future. Some observers have noted that such efforts merely act as patches to deal with uncertainty and that the real cure lies with governments’ responses to the health crisis. Mergers and acquisitions (M&A) dealmakers are among some of these observers, with little control or power over the situation and how world leaders handle them. As far as negotiating deals and taking a look at their pipelines, some may wait and see until more is known about the coronavirus and thus how it might be contained and possibly cured. However, others may see an opportunity looming on the horizon.

Last year’s top industry for global M&A was Healthcare, a broad grouping of companies that includes sub-industries such as biotech, pharmaceuticals, medical services, medical devices, and the like. The current desire by governments and populations for a vaccine has led some of the world’s largest biopharma companies to race to find a cure, including Gilead, GSK, Sanofi, Takeda and numerous others. Therefore, dealmakers in the Healthcare space could well be asking themselves, with such a time crunch, if another consolidation boom in biopharmaceutical M&A is to come.

Global healthcare M&A was already on a tear by the end of 2019, with the year reaching a record-setting USD 535 billion, according to data from Refinitiv. Aggregate deal values surpassed the previous year’s record of USD 423.5 billion, though deal volume, at 3,621 transactions, was down from both 2018’s high of 3,975 and 2017’s 3,687, the second-highest number of deals ever recorded. The industry had been boosted by not only robust activity around the world in areas such as gene therapy, oncology, and pharmaceuticals, but also – and perhaps most notably – by mega-mergers amongst several biopharma giants.

Bristol Myers-Squibb’s landmark USD 93.4 billion buy of Celgene Corporation exemplified mounting pressures experienced by players across the industry. The combination created one of the world’s foremost biopharmaceutical companies dedicated to the development and commercialization of treatments for cancer and rare diseases. It was also the highest-valued deal in the Healthcare industry ever to close. Further, 2019 also saw the second-largest Healthcare deal on record, AbbVie’s USD 83.9 billion takeover of Allergan.

Is APAC the next region to watch?

What the new coronavirus has brought into focus is the state of Healthcare and Biotech around the globe, and especially in Asia-Pacific. As the virus spread from its epicenter in Wuhan, China, municipalities found themselves desperate for beds for the growing number of patients and enough medical supplies and health care workers as well as an increasingly anxious public. China’s government even managed to construct two brand-new hospitals in just under two weeks to meet the heavy demand. And a call for more healthcare workers was issued across the country.

Most importantly, the race for a vaccine and treatment for the coronavirus has taken off, with charitable donations coming in from the world’s wealthiest. Jack Ma, co-founder of Alibaba Group, donated more than USD 10 million to efforts within China along with Hong Kong tycoon Li Ka-shing through their respective charitable foundations. Company foundations such as those of Tencent and Meituan Dianping have also contributed to the Chinese government’s efforts. In the U.S., the Bill and Melinda Gates Foundation has given USD 100 million toward research for a cure. Despite these efforts, however, experts say that a vaccine is still a number of months if not a year or more away, at least.

For some background, in 2019 APAC recorded 1,117 Healthcare deals with an aggregate regional deal value of USD 47.7 billion. Though this was down from 2018’s record high of 1,166 deals and USD 61.7 billion in transactions overall, it was still the second-highest deal count and third-highest deal value for the region, respectively. The largest deal within the region, not including Japan, had been U.S. biotech firm Amgen’s USD 2.8 billion purchase of a 20.5 percent stake in Chinese immune-oncology company BeiGene.

Japan was responsible for the region’s top deal: Mitsubishi Chemical Holdings Company’s USD 4.5 billion purchase of the remaining shares of Mitsubishi Tanabe Pharma Corporation that it did not already own. The latter is a manufacturer of vaccines for autoimmune diseases as well as diabetes.

So far in 2020, Asia-Pacific has seen 41 Healthcare deals and total disclosed price tags amounting to a total of USD 2.7 billion. Understandably, as global uncertainty strikes M&A dealmakers’ pipelines, this is significantly lower than the 55 deals and just under USD 10 billion that it saw over the same time period last year. However, as COVID-19 continues to take hold, and if it officially becomes a global pandemic, the urgency in finding a cure and preventing future outbreaks could spur more investments in the Healthcare space. Similarly, consolidation via mergers could also be needed in trying to beat the clock.