For the SS&C Intralinks Deal Flow Predictor for Q2 2020, we spoke to Marianne W. Lewis, Ph.D., about a new Intralinks research report, Gender Diversity and M&A Outcomes: How Female Board-Level Representation Affects Corporate Dealmaking. This report, based on a 20-year global study of more than 16,700 M&A transactions, discusses the findings of recently completed research into how female board-level representation affects corporate dealmaking and key measures of M&A success such as share price performance, growth, profitability, return on capital and shareholder value. 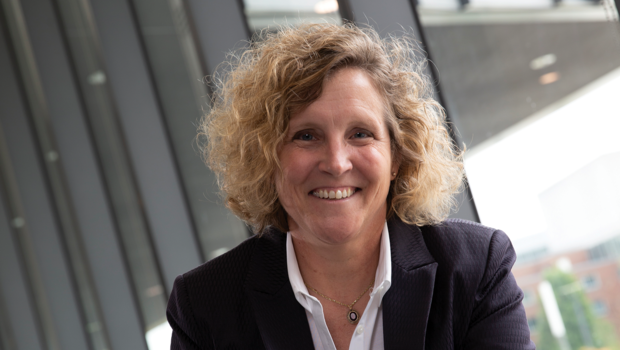 Marianne Lewis (pictured above) is the tenth Dean and Professor of Management at the Carl H. Lindner College of Business at the University of Cincinnati. Previously, she has served as dean of Cass Business School, City, University of London and as a U.K. Fulbright Scholar. Professor Lewis has earned numerous teaching and research awards throughout her academic career.

Her paper, Exploring Paradox: Toward a More Comprehensive Guide, received the Academy of Management Review Best Paper Award in 2000 and is among the most cited in the field. Her work appears in such top journals as the Harvard Business Review, Academy of Management Journal, Organization Science and Journal of Operations Management and Human Relations. Professor Lewis earned her MBA from the Kelley School of Business at Indiana University and her Ph.D. from the Gatton College of Business and Economics at the University of Kentucky.

Intralinks: Hello Marianne, thank you for agreeing to talk with us about the findings of our study into gender diversity and mergers and acquisitions. We conducted the research for this report in partnership with the M&A Research Centre (MARC) at the Cass Business School in London. As a recent former dean of Cass, how would you describe the impact that the MARC has had on Cass’s reputation for research into the theory and practice of M&A?

Marianne Lewis: Working with the MARC has been an eye-opening experience. The centre conducts rigorous research with valued insights from a community of engaged business partners who form part of the MARC’s advisory board. The board discusses proposed research studies extensively before they are approved. This approach helps ensure they study problems that really matter. Relevance is baked into research from the word go!

“We are currently going through a period of change, starting to question the status quo and unfreezing some of the biases that have become institutionalized. This is a vital start.”

The topic of gender diversity in corporate structures and among senior company leadership is one that has gained increasing attention over the past few years. Is the same true in academia, and what are your experiences of this given your academic interests in the field of management? Gender diversity is just as much an issue in academia as it is in the business world. There are gender bias concerns in many areas of academia – when I joined Cass in 2015, out of the top 100 business schools a mere eight were led by women. Studies have raised concerns about gender bias in MBA teaching evaluations, in executive MBA hiring, and in faculty promotions for certain fields. The “leaky pipeline” of women progressing to senior leadership roles is pervasive and needs attention, from business to academia. 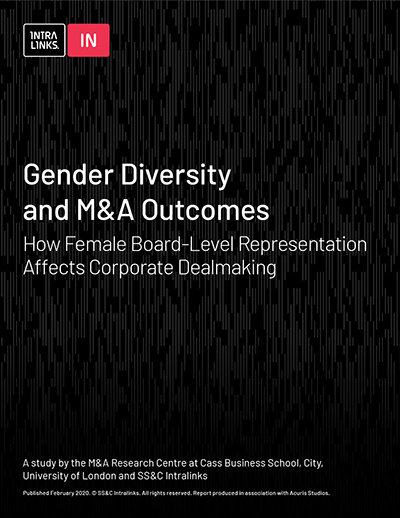 Looking at the report itself, there are some interesting findings from the study. One of these is that acquisitions by female CEOs appeared to have a less favorable reaction from investors (i.e., short- and long-term post-deal acquirer share price performance) than acquisitions by male CEOs. The study also found that when looking at internal company measures of performance, such as sales growth, profitability and return on assets/equity, acquirers with female CEOs performed significantly better than acquirers with male CEOs in the years following the acquisition. So maybe the market is underestimating female CEOs’ ability to make deals work? What do you think some of the reasons for this could be?

To me, this appears to be a classic case of potential bias. Market reaction is influenced by perceptions and the use of heuristics or “rules of thumb.” Investors’ cognitive lenses influence quick decision-making and can perpetuate bias. In her book What Works: Gender Equality by Design, Professor Iris Bohnet of Harvard University says that bias is deep-seated, deeply embedded in our minds. It allows for quick, often accurate decision-making. But it can also be self-fulfilling and inaccurate. Stereotypes of how the world works can turn into how the world should work. And to me, this research finding suggests just such an example. Consider the poor market reaction – based on perceptions, compared to positive deal performance – based on actual results.

The study also looked at the gender composition of company boards. The research found that the share price performance, post-transaction, of acquirers with at least 30 percent female board members was significantly better than acquirers with all-male boards. The types of deals that these more gender-balanced acquirers did tend to be more risk-averse (smaller deals, fewer cross-border, higher growth and profitability). What is your experience of decision-making structures in organizations? How could a more gender-balanced leadership structure lead to better decisions and outcomes?

There is a clear link between diversity and good decision making. The investigation into the Challenger disaster – the explosion of a U.S. space shuttle shortly after takeoff in 1986 – demonstrated the danger of “group think” when there is a lack of diversity and questioning of existing assumptions.

RELATED: Cass University Researchers Discuss Why Longer-Term Market Performance of Acquirers With At Least One Female Board Member Is Significantly Better Than Acquirers With All-Male Boards

This work and much following stressed the importance of having diversity around the table when you make critical decisions. The greater the uncertainty and ambiguity in a decision-making situation, the greater the value of diverse decision-makers. Diversity of experience, skills and demographics – including gender and race – paired with a strong shared purpose and willingness to critique and debate, is a powerful combination.

Finally, how can governments, regulators and companies improve the representation of women in senior leadership and management roles in business?

Debiasing is a very hard process, and I am not a proponent of strict regulations and enforced quotas. That said, the targets being pushed in the U.K., for example, are making an impact via greater transparency and corporate peer pressure. We are currently going through a period of change, starting to question the status quo and unfreezing some of the biases that have become institutionalized. This is a vital start. From a practical point of view, mentoring and real personal support of people has been shown to have a huge impact in helping leaders rise to their full potential.

Marianne, thank you very much for taking the time to talk to us.