Neither the Nevada Democratic primaries nor coronavirus fears could slow down SFVegas 2020, the asset-backed securities (ABS) industry’s annual gathering in Las Vegas. 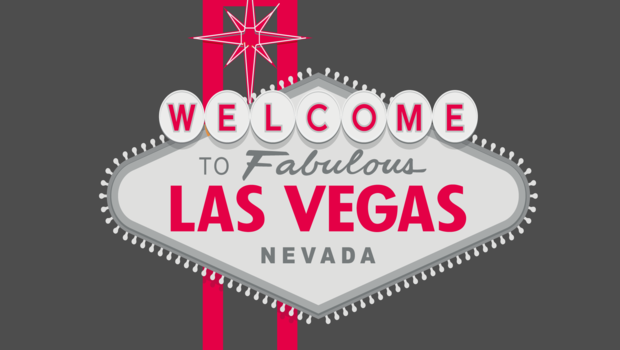 With the event kicking off just a day after Bernie Sanders’ victory in the Nevada Democratic primaries, the 2020 elections weighed heavily on the minds of many SFVegas attendees. Perhaps more so for those concerned about the possibility of what a progressive left president means for the U.S. economy. (In related political news, former U.K. prime minister Theresa May gave a keynote address on Monday. Other speakers included Donna Brazile, former interim chair of the Democratic National Committee, and Kyrsten Sinema, Democratic senator for Arizona.) Financial policy experts said that while progressive presidential influence would still be dependent on the Senate majority and regulatory appointees, the first thing to watch might be the correction of radical Trump-era policies affecting the energy and the environment. On the other hand, should a prolonged Trump presidency be in the cards, watch out for more on the trade war and the chosen successor to Fed Chair Jerome Powell come February 2022.

In times of low global growth, flat and inverted yield curves and lackluster returns, the hunt for opportunities in “esoteric” asset classes is competitive. “Esoteric” refers to a growing segment of ABS deals involving cash flow from non-traditional assets. Among those esoteric opportunities in high demand – but limited in supply – are securitizations backed by whole businesses, equipment, aircraft, solar, and oil and gas assets. Only two oil and gas ABS deals have come to market: the recent Raisa Energy and Diversified Gas & Oil transactions delivered approximately 4-5 percent returns in investment-grade tranches and even higher single-digit returns for the non-investment grade tranches. Unfortunately for investors, they’ll have to wait a while for more oil and gas ABS deals – experts noted that commodity prices (some at 20-year lows) will have to rebound before the market sees more of these opportunities.

3. …can mean more exposure to risk

That search for yield can mean heightened exposure to risk. Such is the case for consumer ABS, including auto and credit card ABS, where subprime borrowers are plagued by slow wage growth, rising healthcare and other cost of living obligations. To address this increased risk to investors, consumer lending ABS issuers are getting creative and issuing “more bullet structure, revolving ABS deals” which accommodate more subprime loans added to the portfolio on an ongoing basis. Experts at the conference said that due diligence is even more important in these types of deals and advised to closely watch consumer ABS for the first signs of a contraction in the credit cycle.

As always in securitization, regulation looms large. At the keynote session on day two, Jessica Kane, head of the SEC’s Office of Credit Ratings, said that they are considering reevaluating Rule 17g-5 in terms of its effectiveness in addressing issuer-pay conflict of interest. This rule was put into place post-financial crisis to limit the influence of credit ratings agencies on bond ratings.

Three sessions were held to tackle the end of LIBOR amid continued confusion: SOFR or Ameribor? How best to leverage legislation? What are the operational and technological best practices? Our Dominic Brown, field CTO, spoke at “Technology and the LIBOR Transition.” He shares his thoughts here on the event as well as takeaways from the panel and discussions with attendees.

The sentiment at SFVegas 2020 echoed the frenzy of issues at the forefront of the ABS industry including U.S. political uncertainty, global trade relationships, competition for deals and yield, the turning credit cycle, regulatory scrutiny and deadlines and managing risk, among others.

Some are seeing an opportunity as the market continues to bring forth more of those “esoteric” ABS deals such as aircraft and solar. Investors are helping this due to seeking yield, and they’re entertaining these asset classes which weren’t so prevalent in the past.

Increased investor demand helps bring along more deal flow. Some believe we can expect to see this trend continue, especially in the previously mentioned solar space because the cost of this technology continues to drop and will make it more affordable versus legacy power options (i.e. fossil fuels). The next frontier might well be upon us.

Contact our team to learn how Intralinks can enhance your structured finance and ABS transactions. We’ll also be at the CRE Finance Council Annual Conference in June in New York City and ABS East in October in Miami!

Sign up for our newsletter
ABS
Banking and Securities