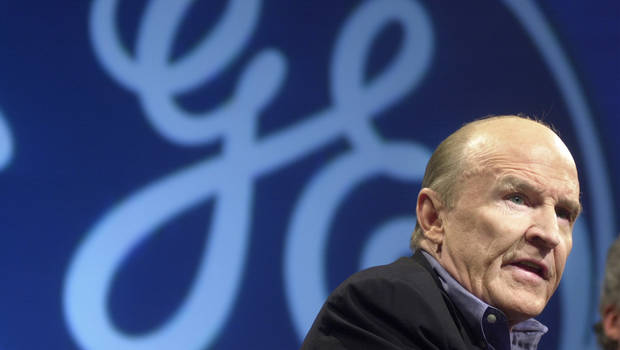 Jack Welch, a railroad conductor’s son who ascended the corporate ladder to become chairman and CEO of General Electric, died at his home in Manhattan on Sunday. He was 84.

During his tenure as boss of GE from 1981 to 2001, the company’s market value grew from USD $12 billion to USD $410 billion, and its share price skyrocketed.

Welch oversaw more than 1,000 M&A deals during his career, reimagining the company into a massive and diverse global conglomerate that encompassed sectors ranging from entertainment (RCA) to financial services (GE Capital), two of his biggest acquisitions. In 1999 he was named Manager of the Century by Fortune magazine.

While Welch’s business acumen and commitment to driving investor and shareholder returns were legendary, he wasn’t without controversy.

“When you brought a deal to Jack you better bring your A-game because Jack would tear your presentations apart. He loved it when you pushed back and engaged with him in what he called ‘candid, constructive conflict.’ ”

Welch worked at GE for more than 40 years and promoted a ruthless culture of efficiency. In the 1980s, he pioneered the 10 percent rule (a.k.a. the vitality curve program), a Darwinian performance management practice that required workers to rate each other, resulting in the termination of the bottom ten percent of the company’s workforce annually.

RELATED: The Demise of the Conglomerate?

During his tenure he cut over 100,000 jobs in his role, earning him the nickname Neutron Jack (like a neutron bomb, he eliminated workers while leaving buildings intact). Welch reportedly hated the moniker.

An early advocate of Asia’s growth potential as Japan’s manufacturing sector blossomed in the ‘80s, Welch doggedly pursued growth in the territory until his retirement a few days before 9/11 after two decades at the helm of GE.

A tough-as-nails negotiator and corporate leader known for his many aphorisms (“Control your destiny, or someone else will.” “If we wait for the perfect answer, the world will pass us by.”), Welch had many critics but lived the lives of ten men. He even got to slap the face of Alec Baldwin’s fictional NBC exec Jack Donaghy on a classic episode of the 30 Rock sitcom.

“When you brought a deal to Jack you better bring your A-game because Jack would tear your presentations apart,” John Myers, the former president of GE Asset Management, told Fox Business News. “He loved it when you pushed back and engaged with him in what he called ‘candid, constructive conflict.’ I don’t know if he made all these sayings up, but he certainly told us to embrace change and don’t fight it. He was clearly one of the most iconic business leaders of our time.”