The head of the SEC Office of Credit Ratings recently announced that the post-financial crisis rule will undergo an evaluation. 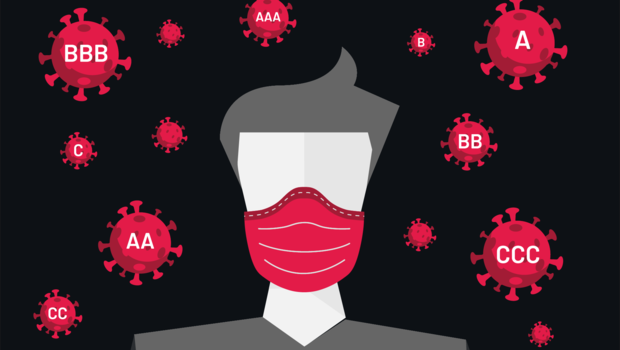 Right now, the world is focused on containing and finding a vaccine and treatment for coronavirus and mitigating a global recession. While the circumstances around the previous decade’s recession were different from today, economic outcomes from the pandemic will undoubtedly spur much of the regulatory decisions and guidance to come. That could include revisiting – maybe even overhauling –  SEC Rule 17g-5, as many expect widespread debt/credit/loan defaults resulting from this crisis.

As part of sweeping regulatory reform after the 2008 financial crisis, the U.S. Securities and Exchange Commission (SEC) imposed rules to address conflicts of interests arising from “pay-to-play” situations between banks/issuers and ratings agencies.

There’s a scene in The Big Short (possibly one of the most educational and mortifying movies of the last decade) that dramatizes this scenario: an hour and 12 minutes into the movie, the protagonist fund managers press the representative from the rating agency, asking why they aren’t downgrading subprime bonds when the underlying mortgages are clearly deteriorating. “If we don’t work with them, they will go to our competitors.” The fund managers realize, in disbelief, “they’re selling ratings for fees.”

Enter Rule 17g-5, which the SEC amended in December 2009, made effective in February 2010, and required compliance to in June 2010 “to impose additional disclosure and conflict of interest requirements on nationally recognized statistical ratings organizations (“NRSROs”) in order to address concerns about the integrity of the credit rating procedures and methodologies at NRSROs.” The amendment included disclosure requirements on ‘arrangers’ (issuers, sponsors, or underwriters) of structured finance products.”

Essentially the amended rule dictates that a “hired NRSRO” (i.e. rating agency selected by the arranger to rate the structured finance transaction) make available to all other NRSROs – via a password-protected “ratings in process” website – all transactions under initial rating by that hired NRSRO as well as all information provided to them from the arranger/issuer for the purpose of credit rating and analysis. The intention was also to encourage non-hired NRSROs to publish their own, unsolicited ratings to help ensure no significant discrepancies in ratings, whether they were issued by the hired or non-hired NRSROs.

There has been skepticism from the beginning. The notion that the amended rule would level the playing field by encouraging unsolicited ratings from non-hired NRSROs seemed… idealistic at best. Not even a year after amended Rule 17g-5 went into effect, the global head of structured finance and covered bonds at one of the “Big Three” rating agencies expressed they “do not expect to assign unsolicited ratings on a frequent basis.” Another “Big Three” global head of structured finance ratings said last year, “We have other work to do.” For a bank, aside from additional administration costs and resources, multiple ratings open the door to misinterpretation and selective analysis.

In the ten years after implementation, the SEC admitted that they haven’t been able to locate or identify any unsolicited ratings published under 17g-5.

Some of the larger agencies have put out commentaries criticizing certain published ratings, but not full-blown ratings and analysis. And why would they engage in essentially pro bono work? Credit rating analysis costs a lot of money – in a commercial real estate or CMBS deal, for example, rating agencies need to conduct physical site visits for up to 65 percent of the properties involved (or “original principal balance” (OPB). That alone certainly requires significant time, money, and resources.

Count progressive politicians among the skeptics. For example, Senator Elizabeth Warren sent letters in November 2018 and September 2019 to regulators and cabinet officials highlighting her concerns about the leveraged loan market including 17g-5, urging a re-examination of the issuer-pay model. Warren was particularly concerned about this model within the USD 640B+ U.S. CLO market, the primary buyers of leveraged loans.

Since going to effect in 2010, amended Rule 17g-5 has been subject to formations of committees and subcommittees, critique and pressure from government officials and media. All of this seemed to come to a head in earlier this year with none other than the SEC announcing that the rule will undergo reevaluation.

Jessica Kane, head of the SEC Office of Credit Ratings, relayed this to a large group of securities professionals in February at SF Vegas 2020, the annual gathering of the structured finance community.

“While we have received some input over time on the rule’s effectiveness, I welcome input and engagement from all interested parties on this issue,” Kane said. “For example: Is the rule fulfilling its intended purpose? What changes to the rule could enhance its effectiveness? Should NRSROs be able to access the 17g-5 website data to produce commentaries? What burdens and benefits are associated with rule compliance? Are there other ways to address the issuer-pay conflict of interest?

As a result, the Structured Finance Association formed a Ratings Process Taskforce to consolidate feedback to bring back to the SEC and consider an alternative to the issuer-pay model.

Will economic repercussions from coronavirus matter? It’s entirely possible. The combination of the pandemic, a drop in oil and gas prices, and intense market volatility will affect debt and credit across sectors, asset classes and regions. There could be heightened attention and scrutiny on what happens to low-rated debt (below “B”), Chinese corporate debt and other highly leveraged loans.

How about the U.S. presidential elections? A democratic presidency could lead to an overhaul of leveraged lending practices and the securities industry in general. Regardless of the results in November, the lens on issuer-pay will remain, and so will demand fairness and transparency in ratings.

Rule 17g-5 has been debated and argued over since it was enacted. One thing that all can agree on is that Rule 17g-5 is by no means perfect. With mounting pressure to steer the ratings discipline to a direction that makes sense for all parties involved – combined with the SEC’s attention to the matter, political activity, and a pandemic-induced recession – we’re sure to see developments in the near-term. Interesting times are certainly ahead.