COVID-19 has affected every facet of M&A dealmaking in the region. 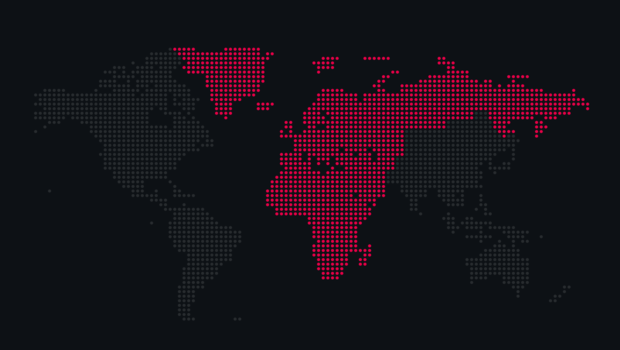 As the worldwide COVID-19 pandemic wreaks havoc on the global economy, EMEA is also feeling the impact. In the region, mergers and acquisitions (M&A) activity has nearly halted. Due diligence has been stunted and pre-COVID-19 financials now need to be revisited.

Before the pandemic struck, Q1 2020 was off to a strong start both in volume (927 deals/+16 percent) and value (+35 percent) for January and February. Starting in April, new M&A deal opportunities weakened to a quarter-to-date deal volume slowdown averaging -17 percent.

Negotiations and potential signings are stalled as companies’ resilience is assessed. Clients are putting liquidity at a higher priority than M&A activity, instead opting to focus on cash management, debt financing and modeling. European private equity (PE) firms are adopting a defensive strategy. Companies with financial challenges before the pandemic are turning to restructuring/distressed M&A and financing deals.

On a positive note, business opportunity creation (which represents all the new deals to come) remains flat which shows teams are gearing up for the future.

Regionally, in Iberia, for the month of April opportunity creation is down 35 percent vs. Q2 last year, with a 40 percent decrease in deals closed. Energy is showing strength while hotels, airlines and RE struggle. For 2021, we also expect an increase in non-performing loan (NPL) deals from the main banks here.

In Nordic, Benelux and Northern Europe, activity reached a total EUR 2.7bn across 201 deals in Nordic, a 74 percent fall compared to Q1 2019. The Benelux region saw EUR 4.4bn changing hands across 153 transactions in Q1 2020, compared to 214 deals worth EUR 10.7bn in Q1 2019. There is continuing strength in Life Sciences as well as Energy/Renewables, Industrials and Tech. A majority of Nordic dealmakers expect to see a rebound in Q4 2020, according to a recent Mergermarket webinar poll.

Around 75 percent of classic M&A activity in Germany has been affected by the pandemic – but increased activity in classic and distressed M&A cases seems encouraging for new deals, starting from Q3 on.

Distressed/restructuring/insolvency deals are active now at full force. There’s now daily new insolvency cases in Germany. Tech, Pharma and E-Commerce are strong in the region, but Automotive, Airlines and Tourism have been affected dramatically. Consumer/Retail has been dramatically affected too.

April saw M&A in the U.K. – which already suffered a two-year downturn due to Brexit – at its lowest monthly rate in 35 years. Healthcare and Energy remain intact. Mining and Agriculture deals are expected to flourish. Tech deals — such as in SaaS, Health Tech and Education Tech — tend to be still raising capital and moving forward. Meanwhile, Aerospace deals are fizzling, and their forecast for the next two to three years is grim.

The uncertain market here is leading to a price gap which means more deals are falling over: Sellers are still wanting a sale value of their 52-week high trading price — with buyers unwilling to pay that. Nonetheless, those with willing buyers and desperate sellers are continuing throughout this period.

When governmental loans stop we expect to see a large increase in accelerated sales.

The Middle East, suffering a hit in energy prices, still may also see a surge in direct investment/acquisition. This is due to attractive valuations globally and in-region, as well as with consolidation in Government entities. Many firms in ME are under one government-run holding company that has always generated considerable revenue.

Throughout EMEA, however, big and structural deals are still happening and, in some areas, will be happening over the next nine months.

Looking ahead to H2

In the short- and long-term, the M&A space will be subject to rapidly changing business models. And with worldwide unemployment soaring, consumers will be more reluctant.

Sectors hit hard by COVID-19 are the ones where consolidation and restructuring will be taking place. Industries with M&A at its core — such as the Energy/Power & FIG sectors — will continue to be active. Finally, NPL deals, which are still ongoing in some regions (CEE, Greece, Italy remaining active), will come back strong in the second half of the year with an expected high Q4.

This, in turn, will lead to a higher level of M&A in the coming months; most likely in the second half of 2020.

The just-released Q3 2020 issue of the SS&C Intralinks Deal Flow Predictor covers more, including a spotlight feature on the rise of M&A shareholder activism and an interview with Sen Zhang, director of Global Fund Management at leading Chinese private equity firm JD Capital, on the state of private capital. Download your copy here.

Mickael Matitia is a VP of sales at Intralinks. Based in Paris, he started his career in CIB in HK where he worked on the project finance team. He has been working in SaaS for the last eight years. He specializes in the legal and fintech market.

How to streamline the investor onboarding experience and add fundraising transparency

The Essential M&A Checklist To Get Your Next Deal Done