The first half of 2020 saw notable transactions in the tech sector, as well as consumer/retail. 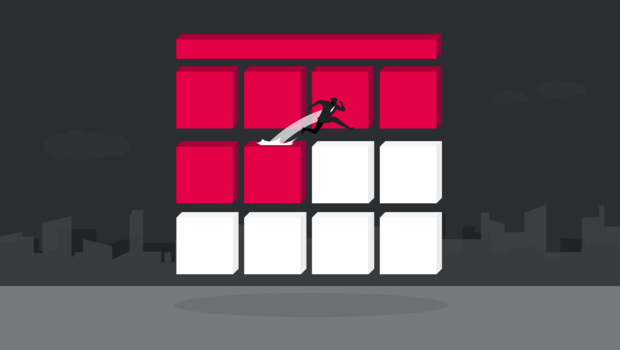 The global COVID-19 pandemic that emerged earlier this year disrupted industries and economies across the world. Yet despite continued uncertainty in the first half of 2020, mergers and acquisitions (M&A) deal activity in certain sectors remained somewhat stable.

The tech sector has continued to heat up, accounting for some of the largest deals from H1 2020. Zoom, for example, announced its first acquisition in May. The video conferencing platform saw a drastic increase in popularity during government-issued lockdowns that prevented in-person meetings for many industries. Amidst rising security concerns, Zoom purchased Keybase. Zoom CEO Eric Yuan confirmed that the acquisition was part of a broader plan to address those security flaws, as the Keybase startup provides encryption to video calls.

Tech giants proceeded business as usual in H1 2020, with Microsoft executing a few large deals. At the end of March, the software company announced it was acquiring Affirmed Networks, a 5G software producer. Bloomberg valued the deal at USD 1.35 billion, dispelling speculation that megadeals would disappear in 2020. A few months later, Microsoft announced another acquisition, this time of Israeli Internet of Things (IoT) company CyberX.

Acquiring as a result of the pandemic

FinTech saw continued activity, as multiple acquisitions in the sector were executed on Intralinks. EVO Payments, a payment technology and services provider, used Intralinks when it received a USD 150 million investment from private equity firm Madison Dearborn this spring. Interestingly enough, the transaction was part of EVO’s response plan to the pandemic.

According to the press release, “DP’s added resources will strengthen EVO’s financial profile and enable the Company to remain focused on future strategic initiatives as it navigates the global COVID-19 pandemic.”

Deal activity in other sectors has persevered as well. Rockstar, an energy drink manufacturer, used Intralinks in its sale to soft drink giant Pepsi Co. in a USD 3.85 billion deal. And Pepsi isn’t alone in the move; other beverage companies are looking to break into the energy drink as soda consumption continues to decline.

Not surprisingly, the first six months of 2020 didn’t see record highs in M&A activity as in previous years. However, the deals that were ultimately executed indicate there’s momentum as we go into H2 2020. Deal activity is slowly returning to normal levels in some sectors and regions, and experts are cautiously optimistic.