As economic uncertainty continues amid an extended lockdown, “restart,” “reset” and “restructure” are top of mind right now among distressed firms in the country. 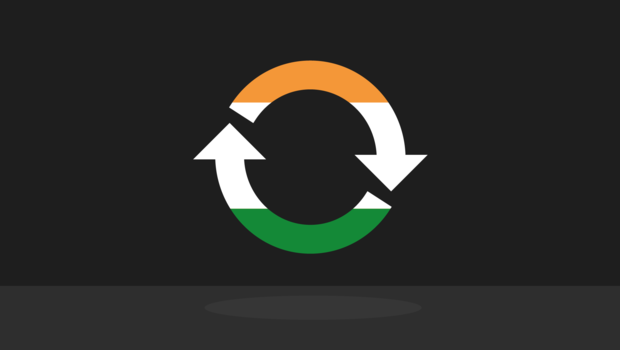 India has seen a sharp rise in non-performing assets (NPAs) and defaults cases across the country due to the economic downturn brought on by the COVID-19 pandemic. Since the beginning of the national lockdown that began on March 25, the Indian government has been rolling out measures to contain the spike and support the ecosystem. However, the potential for trouble is brewing.

In its Financial Stability Report (FSR), the Reserve Bank of India (RBI) predicts that the gross NPAs of banks may rise to 12.5 percent by March 2021. Previously, it was 8.5 percent in March 2020. In the same report, the Central Bank warns that NPAs could rise to a high of 14.7 percent in the event of severe stress.

The introductory amendments to the Insolvency and Bankruptcy Code (IBC) 2016 by the government was announced to help medium and small businesses by increasing defaulting threshold from Rs. 1 lakh to Rs. 1 crore, excluding debt arising out of circumstances created by COVID-19 and suspending fresh IBC proceedings for one year.

On June 5, by RBI Governor Shaktikanta Das announced orders after months of debate to stimulate the economy and reduce the burden of additional debt on already existing debt. A new measure, Insolvency and Bankruptcy (Amendment) Ordinance 2020, was established to relieve economic pressures on struggling firms: Suspension of initiation of corporate insolvency resolution process on or after 25th March 2020 period of six months or such further period, not exceeding one year from such date, as may be notified in this behalf.

This ordinance provides much aid and relief to companies affected heavily by the health crisis. However, it also affects the NPAs carried by banks, non-bank financial companies (NBFCs) and lenders awaiting their due/settlement from companies in the IBC process.

In the interest of faster timelines for resolution and without going through the nuances of the IBC process, creditors and shareholders are looking at finding faster resolutions as per a National Company Law Tribunal (NCLT)-approved process. While this is likely to shorten timelines, the question of how it will affect valuations remain. Though put in context with IBC processes, given the direct involvement of promoters with lenders in negotiating with investors and a process more straightforward compared to IBC (with an ever-increasing backlog), this ought to be more favorable.

An alternative with quicker resolutions, without going through the nuances of the IBC process and risking a drop in valuations and layoffs

The IBC was a big step forward but the speed of the resolution process has left lenders wanting more reforms. With the government positioning India as the ‘next global production hub,’ borrowed capital is going to be the method of growth in the coming years.

There is a wide agreement that pre-packaged insolvencies would give greater impetus to the resolution process. However, without formal guidelines from the government, there will not be any takers for this.

The regulatory framework for pre-packs in India needs to be carefully thought out as it has the potential to become the fastest and most preferred option in the resolution process under the IBC.

Suraj Kalyanaraman is an account executive on the advisory team in South Asia. Suraj helps financial advisors, corporates and dealmakers to securely collaborate over sensitive information while enabling a faster deal lifecycle. Prior to joining Intralinks, Suraj worked with banks and other corporate institutions, helping them leverage technology solutions to improve information security, enterprise networks and collaboration.