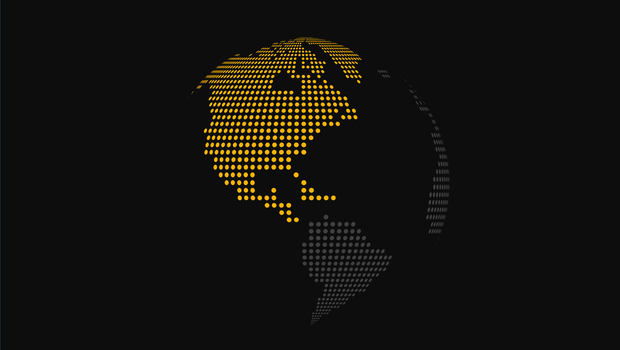 Finding a simple way to describe the complexity of mergers & acquisitions (M&A) in North America this year is no easy task, especially in the wake of a global pandemic, economic recession as well as political, social and civil divisiveness. These are just a few sobering soundbites that embody 2020. Yet, despite all the turmoil, M&A relentlessly marched onward.

In preparation for this blog, our team spoke with numerous investment bankers – analysts and associates to staffers, vice presidents and managing directors — representing the full spectrum of advisory shops from small boutiques, upper-market powerhouses and, of course, the most behemoth of bulge brackets. Our mission was no journey to Mordor. In fact, we were only tasked with soliciting insights on one inquisition: How is North America poised for M&A in 2021? The question at-hand seemed straightforward enough. However, after conducting dozens of interviews, the trending sentiment proved comedically counter-intuitive: “Uncertain yet optimistic.”

In early-stage deals these days, timelines are tenuous. Bankers are often unsure of the direction a deal will take. Will it be sell-side? A carveout? A bankruptcy? An emergency financing? As you can imagine, in the COVID-19 era, predictions are hard to make and bankers have had to be more creative and agile than ever.

While MDs have started traveling out of state to meet with both existing and prospective clients in anticipation of pipeline generation for Q1 and Q2 2021, the rest of the deal teams are staying put — bear-hugging existing client relationships as best they can via Zoom, Webex and good old-fashioned phone calls.

Overall, though, deal activity in North America increased both at the end of Q3 and continuing into Q4, with plenty of strategic transactions resuming from pandemic-related halts. The announcement of three COVID-19 vaccines has helped revitalize deal flow. However, many companies are still struggling to grow revenue and are positioning M&A to be a key catalyst for improving balance sheets and appeasing investors.

Still, delays persist as does political uncertainty in the U.S., and new regulation changes,, particularly the go-forward tax environment, have most people on the edge of their seats. Despite a preemptive urgency to get deals done, the lack of face-to-face engagement has resulted in a somewhat erratic, more granular analysis effort – extending due diligence well beyond average execution timelines (after all, drones are cool, but can only move the needle so much). Additionally, in Q4, liquidity has been a major focus, while many acquirers sit on excess capital and debt due to unprecedented monetary stimulus and low interest rates. Capital raised (as a hedge) is now capital to be deployed.

By far the hottest sector for M&A has been Healthcare, where there seems to be a Frankenstein caliber opportunity for growth. The widespread adoption of virtual clinical trials and remote patient monitoring is rapidly changing how drug research is done. Pharma and Biotech have been strong in raising capital for research and development. Tech leads the way in a “shifting, be nimble or be gone” new world that is forcing many corporations to quickly adapt. Industrials, Consumer & Retail are also keeping pace with the late-year rush — the latter mostly occupied with financing and carveouts. There’s also been a major spike in Special Purpose Acquisition Companies (SPACs) — blank-check companies with plenty of cash whose mission is to acquire another company.

Despite an uptick in activity and vaccines on the horizon, returning to “normalcy” will take lots of legwork and patience well into 2021.

Going forward, notwithstanding some pain points, there’s still a lot of potential ahead. Opportunistic sectors are showing huge promise for next year, particularly where private equity (PE), Bulge Brackets and Upper Market specialists are expected to dominate. Contrarily, the fate of certain smaller banks remains variable. Consolidations are very possible, especially for players who will struggle with aggressive Fed rate cuts and flat yield curves.

Credit is flowing freely. There is more dry powder in financial sponsors than ever before. Now that the initial triaging of PE portfolio companies has concluded, buyers will have to start thinking long term once again. and strength in M&A markets will continue. Nevertheless, after all, we’ve been through in 2020, predicting 2021 market success feels foolhardy. One thing is certain — next year will undoubtedly be dynamic and interesting.

For a better understanding of the shifting landscape in 2021, check out our detailed predictions for the coming quarter in the latest edition of the SS&C Intralinks Deal Flow Predictor for Q1 2021.

Independently verified as a highly accurate six-month forecast of merger and acquisition (M&A) activity, the SS&C Intralinks Deal Flow Predictor is compiled by tracking early-stage M&A transactions globally that are in preparation or have begun due diligence.

Dan McKenna is a sales director overseeing the New York M&A Advisory segment at SS&C Intralinks. Dan is responsible for managing a team of salespeople as well as day-to-day operations associated with the New York-based customer portfolio, including handling relationships with some of the largest strategic bulge bracket and upper market banks in the world.

What Investment Strategies Will EMEA-Based Limited Partners Leverage in 2021? [Video]

M&A Remote Due Diligence: How To Integrate Zoom Videos in a Virtual Data Room